Webinar
In this exclusive webinar edition of Ask the CIO, learn about how one of the most well-known agencies partners innovation and procurement to meet its mission.
Register Now

NASA is reconstituting its data analysis team to improve its decision making around acquisition.

The idea of using data to drive decisions isn’t new for NASA. But with the move to centralize much of acquisition across the space agency, data analysis became more critical.

Karla Smith Jackson, the assistant administrator for procurement and the senior procurement executive at NASA, said this data-driven analysis approach is different this time than previous attempts.

“We’re looking at how do we use data to get these better acquisition outcomes? So what does that really mean? We want to leverage e-business tools. We know we need a new contract writing system. We’re in the middle of market research for that to be able to get what we’re hoping is a whole procure-to-pay system. But if not, we will just take the procure piece and let the CFO deal with the pay piece,” Jackson Smith said on Ask the CIO. “We’re going to integrate our grants, as well our cooperative agreements in the contracting writing system. That’s one big thing that we’re looking at. We’re looking at, hopefully, integrating our acquisition forecasting tool with that tool, and then the planning and design of all of our e-business tools.”

Smith Jackson said the new tools would help contracting officers and others in the acquisition workforce evaluate proposals by analyzing rates and pricing, for example.

She said NASA has centralized its pricing function where each center no longer has individual experts, but now there are 35 to 40 in one office with specialization in sole source awards, competitive acquisitions as well as commercial items.

“That gives us a lot of capability and flexibility from a data analytics to be able to look at pricing trends. We can look at rates based on the size of the business, based on geographical location or whatever segment of the marketplace. We are populating databases and dashboard now, to get some insight into those areas in support of better pricing,” Smith Jackson said. “We also have business system challenges being accounting systems and estimating systems that our industry partners might have. We’ll be working with the Defense Contract Management Agency as well as the Defense Contract Audit Agency to be able to get real time data to help some of our negotiators and industry partners get to better deals.”

NASA created a new division Enterprise Services and Analysis, which is led by Geoff Sage, who took over the lead role in August after spending four years as the NASA Federal Acquisition Regulation (FAR) Supplement manager, to bring new capabilities and tools to the acquisition community.

One of the first areas the new office is taking on is procurement administrative lead time (PALT). The Office of Federal Procurement Policy issued a memo in January 2021 aimed at creating a common definition and provided guidance for how agencies can reduce their acquisition lead times.

“Our first issue was data integrity and data cleansing or cleanup. We had an average in fiscal 2021 of 325 days for award of a contract, which we know is not correct. That means data was input into a database that was not accurate. We know what happened was when we made an award for an IDIQ contract, every task order that we would order reached back to that initial award of the umbrella contract. So then you just have a protracted PALT,” Smith Jackson said. “We were able to clean that up and we went to an average of 128 days in 2022. That was just based on data cleansing and cleanup. With respect to that we’re now going to be able to baseline our PALT, be it a competitive procurement, a modification or a sole source procurement, and then be able to figure out where are the long poles in the tent? How do we get better? Where do we go to streamline?”

In addition to PALT, NASA is using data to improve its acquisition forecast to industry. Jackson Smith said while the forecast already received kudos from vendors, her office wants to give contractors the more capabilities to sort data by location or commodity or schedule.

A third area of focus around data is improving NASA’s market research.

“This goes to the heart of our ability to get more small businesses into our community, our industrial supply chain or our supplier base,” she said. “Sometimes a small business can’t hold a team together if you can’t get that requirement awarded in a timely fashion. By having a market research, you know who’s capable, who’s qualified and when we have ready requirements, we hope to attract more small businesses.”

Having clean and real-time data is going to be less effective unless NASA has the systems to handle it so Smith Jackson said another major priority is improving its procurement systems.

She said NASA needs a new contract writing system as the currently one is going to sunset in 2028.

“Our expectation is we’ll complete the market research within the next 30-to-45 days, and the plan is to get a request for proposals (RFP) out in late summer,” Smith Jackson said. “The other thing is with respect to an e-business tool, we do expect to leverage best-in-class (BIC) vehicles. Once we know what’s out there, what we’re finding in the market research is important. We don’t want to duplicate the wheel of other activities or other agencies have something similar to what we need, we’re going to be leveraging those abilities and working with those agencies.”

Part of not reinventing the wheel is a plan to take more advantage of BIC, including the new OASIS+ vehicles from the General Services Administration.

Smith Jackson said she plans to release a notice to industry to strongly encouraging them to get on OASIS+ as NASA will spend a significant amount of money through that contract in the coming years.

“That will allow us to move our spend under management to best in class contracts, and then we’ll be able to leverage, not just a streamlined manner and method of doing work, but also streamline proposal process for industry to be able to respond to NASA requirements,” she said. “That’ll be transformational for us. I’ll also be something we’ll experiment first in the in the NASA Acquisition Innovation Launchpad (NAIL).”

Smith Jackson added the agency doesn’t plan on spending 100% of its services spend on OASIS+, but, through the NAIL, they will run a few test cases and see how it works for them.

NASA launched the NAIL earlier this month, modeling it after the Homeland Security Department’s Procurement Innovation Lab. Her goal is to create a safe place for mission and acquisition experts to experiment with ways to reduce cycle time and ways to be more cost effective.

“The way the NAIL is going to be set up is at the headquarters, where I sit and where we’re going to basically manage the framework. We’re putting together a NASA Innovation Council and they’ll have a representative from each one of our 10 centers,” she said. “What we’re looking for is proposed ideas for what we call enterprise level innovation. We’re not looking for individual innovations at each center because we are going to have a testbed at each center, where we can experiment on as much smaller scale. But the things that will be proposed to the headquarters will be enterprise level. We’re looking at two or more centers that would be impacted. Ideally, the entire enterprise would benefit. We’re going to be looking for I mentioned procurement innovations, but also we’re looking for program management innovations. That NAIL Innovation Council will be feeding us those. Now as a companion to that we’re hoping to have a NASA industry Innovation Council, and that will feed us innovations that industry would like us to look at.” 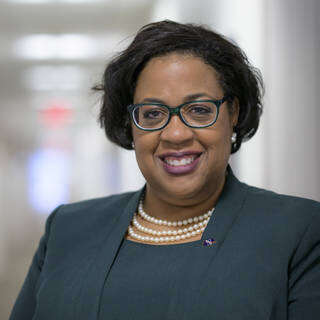 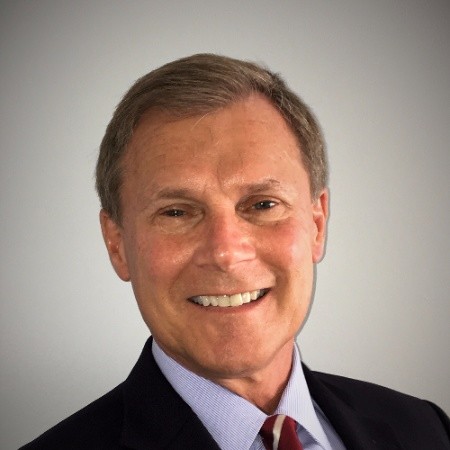 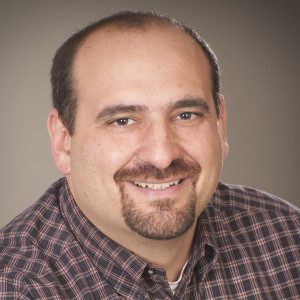