Four ways the DoD can benefit from data center consolidation 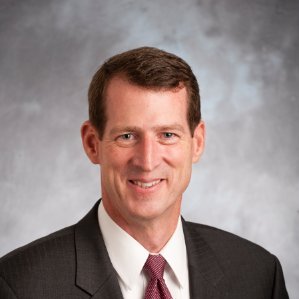 Earlier this year, the Department of Defense (DoD) published The Way Forward to Tomorrow’s Strategic Landscape, a forward-looking document that outlined the DoD’s plans for the future of its IT infrastructure. Data center consolidation was a central tenet of that document, which cited the ongoing effort to achieve operational and technical resilience, improved interoperability and effectiveness, increased capability delivery, prioritization of security capabilities and cost reductions.

As the DoD moves full steam ahead with its...

Earlier this year, the Department of Defense (DoD) published The Way Forward to Tomorrow’s Strategic Landscape, a forward-looking document that outlined the DoD’s plans for the future of its IT infrastructure. Data center consolidation was a central tenet of that document, which cited the ongoing effort to achieve operational and technical resilience, improved interoperability and effectiveness, increased capability delivery, prioritization of security capabilities and cost reductions.

As the DoD moves full steam ahead with its plans for data center consolidation, the organization would do well to consider integrating software-defined networking (SDN) and automation into its efforts. By combining SDN and automation, the DoD will be able to develop an open, agile and elastic infrastructure. All of this can be accomplished without sacrificing control or power, leading to some significant benefits.

The combination of SDN and automation presents agencies with a better security posture than they would otherwise possess. Manual network management is not only highly inefficient but can be error-prone; after all, people are human, and can make mistakes.

In contrast, networks that adopt SDN and automation are able to leverage machine learning toward behavior patterns and can more easily recognize threat signals. This machine learned intelligence is then taken back to the automation tool to dynamically and automatically alter the network to either shut the portion of the network down or quarantine infected hosts to minimize security risk. This means the system itself is able to automatically respond to threats quickly — and much faster than if humans were part of the decision loop, leading to a drastically more secure network.

In its effort toward consolidation, the DoD has been pairing seemingly disparate processes with different needs within the same procurement architectures. For example, the operational networks tied to the warfighters that need security, flexibility, and reliable communications in austere environments are now under the same procurement structure as defense media services publishing Stars and Stripes.

SDN will make these differences in procurement structures irrelevant. Utilizing SDN implements multiple virtual overlay networks, each attached to different cloud applications that can be used by diverse groups within the same organization. These overlay networks isolate the communication paths so that, for example, traffic from warfighters and defense media don’t cross, even though these cloud applications are running in a single infrastructure. This makes it easier for the DoD to combine and consolidate data center services in more efficient ways.

Mention the word “consolidation” and people’s thoughts inevitably turn to another word: “layoffs.” That was in evidence last year at the ATARC Federal Cloud Computer Summit, where there was a lot of discussion about retraining employees in the age of data center consolidation, as opposed to considering them obsolete or reducing the federal workforce.

Despite the feelings of uneasiness, data center consolidation empowered by SDN can actually offer enormous benefits to both new and veteran DoD network managers. While automation will change the way teams work with the network, there is not a single network team in any government organization that says they don’t have enough to do. Implementing SDN and automating processes takes the onus off of busy network professionals to have to manage activities that are not mission-critical, so they can focus on generating and developing innovative next generation services that will help advance the cause of today’s warfighters. As a former military officer myself, I can attest to the value of this: when I was a 17-year-old soldier, I was much happier doing things that would directly impact missions than more mundane tasks like picking up cigarette butts.

Use of SDN can also help the DoD attract more talent to accompany and complement existing staff. Given a choice between working in Silicon Valley or Arlington, Virginia, an up-and-coming network professional may choose the former if all they’re given to do is manage a router, but offering them the chance to do something that directly impacts troops could change things. Through SDN, agencies can attract a larger talent pool that can offer a much more diverse workforce brimming with experience, thoughtfulness, and creativity.

Ultimately, however, everyone in the organization will benefit from SDN and automation, from those who have been with the department for years to new hires. All staff will have more time and opportunity to develop skills and solutions that will impact the future of the department.

In recent years, senior leadership within the DoD, faced with the task of data center consolidation and an evolving landscape, have made a conscious decision to reengage with industry leaders to jointly architect future solutions and services, many of which will adopt SDN and automation. They have forged valuable partnerships designed to look at overall objectives and value, rather than throughputs and switches. Through these partnerships, the DoD and vendors are working together to design innovative, outcome-based solutions that are specified to the needs of a government that is looking toward a better and more efficient future.

These long-term partnerships will undoubtedly prove just as valuable, if not more so, than the technology itself because they will map the future of the DoD. But it must be a reciprocal relationship; just as the DoD moves out of its comfort zone, vendors must also do the same and be prepared to offer SDN solutions based on open standards, so that they are interoperable with other systems, as well as training, to ensure federal employees are comfortable working in an SDN environment.

The way forward for data center consolidation does not lie in legacy networking technologies, but in modern SDN solutions based on virtualization, automation, and the cloud. These solutions can help the DoD realize its goals for greater security, better efficiencies, more innovation, and enhanced value — to ultimately satisfy the mission.

Trends in Network Modernization and Security

Capitalizing on Cloud: Transforming Government IT