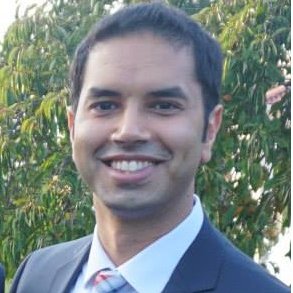 The Office of Management and Budget (OMB) proposed a New Year’s challenge for federal data centers to slim down like never before, thanks to a new three-year program aimed at cutting government spending and encouraging efficiency.

According to research by Deltek, federal spending on cloud computing platforms and services is set to more than double in the next five years, from $3.1 billion in 2016 to $6.4 billion by 2020. Driving this spending spike is the Data Center Optimization Initiative, announced by the OMB earlier this year, which calls for improvements across nearly all aspects of federal data storage and security.

The new effort, started by former federal CIO Tony Scott, builds on a 2010 initiative to reduce the size and breadth of data centers. Reforms are aimed at improving power usage effectiveness, facility utilization, virtualization and server utilization metrics, and finally, the installation of energy meters.

But like every good resolution to floss more or lose some weight, the government needs a game plan to succeed. So, what’s the solution to making this happen within such an ambitious timeline? And, even more important, how can this transition occur without leaving our country’s most sensitive data vulnerable to breaches?

As Scott foreshadowed at the Citrix Security Summit for Government this past July, “It’s important that we in the government start thinking like a digital enterprise. Will it get complicated? Yes, but the cost of not doing it is a higher cost, and ultimately, irrelevance.”

This resolution is a step toward more efficient data center compute, and ultimately, better and more robust security.

Federal agencies are also being encouraged to adopt cloud and inter-agency services as the solution to the dual-pronged problem of growing data centers and shrinking budgets.

Some agencies have already begun this process, including the Lucas Metropolitan Housing Authority (LMHA) in Toledo, Ohio. The federal public housing agency had its budget cut and Craig Patterson, LMHA’s acting chief information officer (CIO), found himself looking at hardware that needed to be maintained without access to the people or funding needed to do so. That’s when Patterson looked to a cloud-based solution with an eye toward public sector capabilities and understanding to solve both problems.

The new initiative requires that after 180 days, agencies like the LMHA will no longer be allowed to budget funds for building new physical data centers or even expanding old ones without approval from the OMB. By the end of the three-year target, agencies will need to have closed at least 25 percent of their tiered data centers and 60 percent of non-tiered centers — like server rooms, for instance. This leaves it up to federal agencies to find their own solutions and data diet plan to start and stick to — and fast.

This resolution poses an exciting and steep goal for government, so here are three tips to keep in mind to make the transition smooth while ensuring data stays secure:

At the end of the day, it’s like Citrix Chief Information Security Officer Stan Black said during the Citrix Security Summit for Government: “We can’t fix a symptom; we must go after the cause.”

By employing the above tips, government data centers working to re-evaluate their security solutions and streamline costs may just be able to do both.

Faisal Iqbal is the public sector CTO for Citrix. He brings more than 10 years of engineering, consulting and project management experience to his current role, focused on providing mobility, virtualization and cloud solutions for several agencies throughout the federal government. 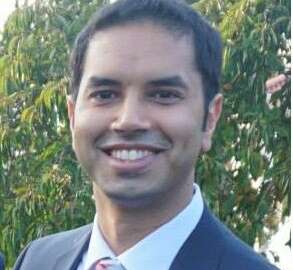