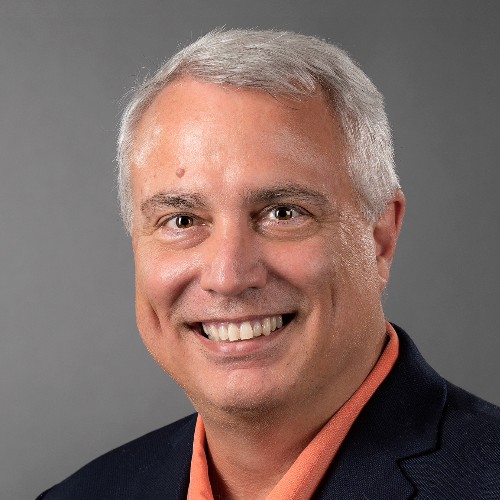 Federal agencies are facing monumental challenges with the technology requirements and upgrades needed to maintain operations and lead in the current environment. A number of capabilities that were earmarked in the fiscal 2021 IT budget are among them: retiring legacy systems, cloud migration, artificial intelligence, mobile computing, and data analytics to name a few. As the government looks forward to a future where operations are restored to normal – whatever that may look like –...

Federal agencies are facing monumental challenges with the technology requirements and upgrades needed to maintain operations and lead in the current environment. A number of capabilities that were earmarked in the fiscal 2021 IT budget are among them: retiring legacy systems, cloud migration, artificial intelligence, mobile computing, and data analytics to name a few. As the government looks forward to a future where operations are restored to normal – whatever that may look like – it will be important for agencies to prioritize.

One way to prioritize is to, first, upgrade network infrastructure, the hardware and architecture that supports all internet-connected devices. These systems of converged cables and wireless access points, multi-gigabit ethernet switches and routers are the backbone of five of the most important next-generation technologies – all of which are among the areas that could significantly increase in deployment later in 2020.

The 5G cellular network is necessary for powering next-generation capabilities such as artificial intelligence and machine learning, the Internet of Things (IoT), 4K video streaming, as well as augmented and virtual reality. 5G is expected to make its true roll-out later this year after radio spectrum and 5G-enabled devices become more available. With speeds considerably faster than 4G, the next generation of cellular will be able to transmit data at the highest rates, enabling faster and more reliable decision-making.

Wi-Fi 6 will provide agencies with increased bandwidth and faster internet speeds, enabling them to take advantage of the abundance of data they store and maintain. A survey by IHS Markit (now Omdia) last year said companies estimated that more than 64% of access points purchased by 2021 will be Wi-Fi 6. Wi-Fi 6 has a four-fold capacity increase over the current Wi-Fi 5 Wave 2 APs, which is important for supporting high-bandwidth applications. Wi-Fi 6 is expected to be 50% of all IP traffic in the next two years, driven primarily by bring-your-own-device and IoT capabilities.

These new connectivity options increase the deployment of converged IoT and edge devices such as IP security cameras, LED lighting and 4K/HD digital signage. With IoT, agencies can gain tremendous insight from data collected from sensors and other devices that connect – and report back to – a central location. This is the idea behind the smart cities concept, where any number of operations – from water and electrical usage to traffic lights and vehicles – can be outfitted with sensors to pull data that gives real-time visibility of operations, trends and anomalies to make cities safer and more efficient. While having so many devices increases the cyberattack surface, IoT risks can be mitigated by key technologies including encryption mechanisms and electronic key management.

Similar to 5G, commercial platform-as-a-service cloud makes most other technologies possible. Cloud’s ability to scale up or down quickly and to connect at the edge, from anywhere, are huge incentives, as well as its support for large-scale data sharing and storage. Only with cloud can federal agencies employ the full capabilities of artificial intelligence and machine learning to drive actionable data.

In a recent address on Capitol Hill, Bill Zielinski, assistant commissioner for the Office of Information Technology (IT) category in the General Services Administration’s (GSA) Federal Acquisition Service (FAS) talked abut the importance of network and IT modernization to enable a more efficient government. Zielinski said that he “cannot overstate the importance of modernizing while transitioning.” This includes educating “agencies about the immense promise of 5G” and that GSA will soon “release a 5G strategy that outlines IT category activities and goals for its adoption across government.” GSA is pushing for network modernization; agencies need to follow.

There are no lack of options when it comes to IT budgets, but by prioritizing modernization, including these five technologies, federal agencies will be investing in solutions that can be used for years to come. That said, in order to take full advantage of these capabilities, agencies need to modernize their IT and network infrastructure. In doing so, government agencies will be in a better position to adjust to new and emerging requirements.

Chris Collura is vice president of federal sales at CommScope.