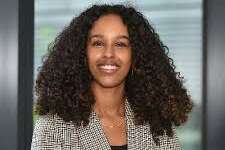 President Biden has laid out an ambitious agenda to confront the “converging crises” facing the United States. Tackling a raging pandemic and climate change would be a tall order for any president, but Biden plans to address systemic racism and social inequity too. Delivering on the full gamut of his plan will not be simple. Fortunately, there are three immediate steps that the new administration can take to leverage open and transparent data to advance...

President Biden has laid out an ambitious agenda to confront the “converging crises” facing the United States. Tackling a raging pandemic and climate change would be a tall order for any president, but Biden plans to address systemic racism and social inequity too. Delivering on the full gamut of his plan will not be simple. Fortunately, there are three immediate steps that the new administration can take to leverage open and transparent data to advance his agenda.

Biden’s first priority is combating COVID-19 and planning for future global health threats. In 2021, these threats are shaping up to be variants of COVID-19 that are significantly more infectious than existing strains and potentially more deadly. Sequencing and sharing the virus’ genetic data is therefore indispensable to staving off a surge in infections from new strains. But the number of COVID-19 genomes that the United States had shared on GISAID, the most popular global database for sharing viral genome data, was at 0.3 percent of its total infections at the end of last year, despite the fact that the United States accounts for a quarter of the world’s cases. In fact, the United States ranked 43rd in the world for the number of genomes per-capita it had sequenced and shared. By contrast, the United Kingdom, which ranked 8th, had shared 7 percent of its total infections on GISAID, Denmark had shared 12 percent, and Australia had shared 59 percent.

These large disparities in surveillance threaten all countries’ ability to monitor and respond to the pandemic. If the Biden administration wants to better equip scientists with the tools they need to better understand how and where the virus is mutating, it should start by calling on Congress to provide more funding for genomic sequencing. Since 2017, all 50 states have had public health labs that have the ability to sequence genomes, but funding across labs vary. Congress should target its funding on resources, such as additional staff and more sequencing infrastructures, for the labs in the most underfunded states. Then it should fulfill its promise to share U.S. sequencing data from every lab.

When asked about his position on police reform in June, Biden said he supported “conditioning federal aid to police, based on whether or not they meet certain basic standards of decency and honorableness. And, in fact, are able to demonstrate they can protect the community and everybody in the community.” Spending such funds effectively will require an accurate picture of enforcement, but available data on policing is often inconsistent and decentralized. For instance, of the 22,645 police agencies on record in 2016, 32 percent reported none of their arrest data to the FBI, 9 percent reported some of their data, and only 59 percent reported all of their data. Reporting arrest data also varied by geographic location. For example, while 23 percent of police agencies in Alabama did not share any data in 2016, no police agencies in Florida shared any data.

Biden cannot begin to successfully address issues in policing—one of the most fraught domestic issues that his administration faces—without first filling in the blanks of where the problems lie. One way to do this would be by mandating that law enforcement agencies share machine-readable data on relevant metrics, such as arrests and use-of-force, with national reporting efforts such as the FBI’s Uniform Crime Reporting Program. Specifically, the federal government could stipulate that local and state law enforcement agencies must share such datasets if they want to continue receiving the millions of dollars in funding that agencies such as the Department of Justice, the Department of Homeland Security, and even the Department of Agriculture award them. These efforts should build on the Obama administration’s Police Data Initiative, as well as California’s OpenJustice Initiative, spearheaded by then California Attorney General Kamala Harris. Federal agencies can also standardize their own data reporting, as many agencies use different terms and definitions, which make aggregating data difficult, if not impossible, across the federal government.

On his first day in office, the president signed an executive order to extend the Centers for Disease Control’s national eviction moratorium until March 31. Congress also authorized $25 billion in rental assistance to help people who are behind on their rent because of the coronavirus pandemic. Unfortunately, federal funds are not finding their way to many of those in need because city and state governments do not have relevant data on rental housing and eviction to focus their aid and outreach. For instance, one-third of U.S. counties have no available annual eviction figures, even though U.S. courts collect this data as part of the eviction process.

Charging the Department of Health and Human Services with creating a national eviction database, as the bipartisan Eviction Crisis Act calls for, could equip policymakers with the tools they need to better help families mitigate the consequences of evictions. Importantly, any federal database on evictions should be publicly accessible so that citizens and policymakers alike can understand the housing insecurity within their communities. It should also be anonymized so that landlords and employers cannot use it to discriminate against evicted tenants. Congress can start working toward this by passing the Eviction Crisis Act.

The president is fighting concentric emergencies but mandating the creation of open data and leveraging it can help. As the administration addresses COVID-19, police reform, and social inequity, it should apply open data to better understand the potential impacts different actions may have.

Hodan Omaar (@hodanomaar) is policy analyst at the Center for Data Innovation, a think tank focused on the intersection of data, technology, and public policy.