Is competition in federal contracting dead? 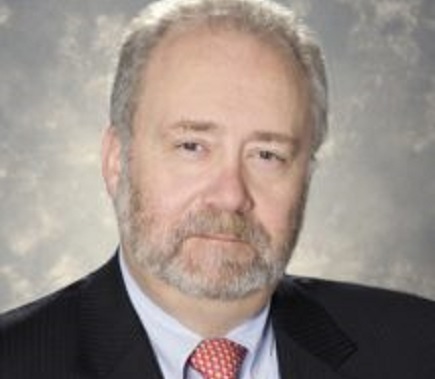 While aspiring to use full and open competition in purchasing goods and services to support its mission of delivery services to the American taxpayer, the current federal process is today, in practice, anti-competitive.

President Joe Biden issued Executive Order 14036, Promoting Competition in the American Economy, on July 9, calling for the federal government to revisit how competition is used and to promote competition across the American economy and around the world. The Secretary of...

While aspiring to use full and open competition in purchasing goods and services to support its mission of delivery services to the American taxpayer, the current federal process is today, in practice, anti-competitive.

The reduction of the number of businesses contracting with the federal government is due in no small part to the Ronco-like “set it and forget it” mantra approach followed in the federal contracting process. The federal government literally “sets it and forgets it,” issuing a solicitation, waiting for responses from companies who have figured out how to negotiate the numerous barriers to doing business with the government and then makes contract award decisions based on the proposals received. The government does not normally, even when it has knowledge of other capable companies, reach out to those companies, and consider those companies in making its award decision.

Federal government contracting officers must be provided with better electronic tools and then trained to search the marketplace for companies that can satisfy the government’s requirements whether they have registered to business with the government or not, or have figured out how to negotiate the barriers the government has, with good intentions, put in place to protect the integrity of the contracting process. The tools should track and record in the contract file the market research conducted by the contracting officer, the companies considered for award, the company’s prices, other unique terms and conditions and the company’s past performance on both private sector and federal contracts. The tool should then publish the contract file, less any proprietary data (there should not be any), immediately following award of the resulting contract. The publication of the contract file provides government management and the public the instant ability to see if competition was obtained and whether the government’s rules were followed.

Some agencies are trying to improve competition around the edges, but without a fundamental change in how we approach competition, the government’s contracting process suboptimizes its ability to increase the number of companies it does business with and the government’s access to innovation in the marketplace.

Supply chain managers in the private sector have tools to do some of what I suggest, and those tools are currently available in the marketplace. The private sector tools do not currently provide for transparency to the public to ensure compliance with competition, and thus promote integrity of the process through that transparency, but they could be modified – easily, I am informed — to meet the government’s need for transparency.

The President is not going to succeed in improving competition, doing more business with American companies, and in particular diverse companies, unless the way in which competitions are conducted by the federal government are completely revised with a view toward increasing government outreach in the contracting process and improving transparency into government contracting transactions. The new tools envisioned above will capture data as transactions are performed, ending the need for the reentry of data by either the government and industry and providing contemporaneous data for managing the contracting process.

Changing how the federal government promotes competition in federal contracting is no small undertaking. With the President’s focus on competition and on increasing contracting with diverse companies as well as buying more American made products, this is the time to drive fundamental change and improve competition in federal contracts with a view toward increasing the ability to deliver capability to the governments end item users and ultimately the American taxpayer.

The Advisory Panel on Streamlining and Codifying Acquisition Regulations (Section 809 Panel) provided recommendations on how to change competition, increase the companies with which the federal government does business and at the same time protecting the integrity of the contracting process. It’s time to adopt Recommendation 21 (refocus DoD’s small business policies and programs to prioritize mission and advance warfighting capabilities and capacities) and Recommendation 35 (replace commercial buying and the existing simplified acquisition procedures and thresholds with simplified readily available procedures for procuring readily available products and services and readily available products and services with customization, and apply them governmentwide).

Competition is essential to obtaining quality products and services and to protecting the integrity of the contracting process. The federal government needs to update its definition of competition and the processes by which it obtains competition.

David Drabkin served as the chairman of the Section 809 Panel and was a senior procurement executive and deputy chief acquisition officer of the General Services Administration. He also served as the assistant deputy undersecretary of Defense for Acquisition Policy (Acquisition Reform). David currently serves as the chairman of the Procurement Roundtable, the director of the Public Contracting Institute and an advisor, to the National Contract Management Association.