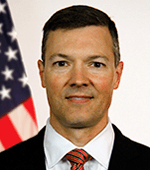 Now that the full $1 billion is no longer burning a hole in the Technology Modernization Fund’s pocket, let’s acknowledge a summer of hard work from the TMF board and program management office. It is no small feat to review more than 100 proposals, evaluate tradeoffs and produce a series of funding decisions in the span of roughly 100 days. Their reward is the chance to invest $689 million more, but before we move on to consider those possibilities, it is important to ask three questions about payback, precedent and performance for the current awards that could go a long way to determining if the TMF has staying power.

Will the board release payback terms for the funded projects?

Much was made of the relaxed payback rules to generate more proposals from agencies. It worked, at the least on the front end of the process. More than 100 proposals were received for greater than $2 billion in requested investment. But the second part of the story is equally important — what are the payback terms for the initial funded proposals? One easy way to answer this question is to post the interagency agreements, including the so called “Part Bs” which specify requirements and funding information, on the TMF website.

What precedent has the board set with these awards?

Once a precedent is established, it will be difficult to hold the next batch of investments to a higher standard, particularly if several of the initial projects were approved with minimal expected payback. Assuming a dollar-weighted average payback of 10%, it isn’t hard to see how $1 billion returns a mere $110 million in just two funding cycles. Washington is never good at math, but the point of a revolving fund like the TMF is to be evergreen, not a one hit wonder. If Congress must keep appropriating money to the TMF, it might decide to scrap the idea and have elected officials take back full control of the purse strings. We’ve already seen the Senate’s 2022 Appropriations bill eliminate funding for the TMF even after the House and the Biden administration supported additional dollars.

Will OMB and GSA commit to greater transparency about program performance?

Given that the fund now exceeds $1 billion, the TMF website does not provide enough detail about how a program is really doing in meeting objectives. Further heightening the need for greater transparency, four of the seven approved proposals, accounting for 77% of the initial $311 million investment, came from the Office of Management and Budget, the General Services Administration, and the Office of Personnel Management — three entities with unique access to and influence over TMF decision making and management. One way to provide greater transparency is to post the full progress briefings the TMF board receives for each investment, redacting any acquisition sensitive or proprietary information. Providing the detailed cost, schedule, performance and risk information the board sees provides the detail and specificity that is missing from what is publicly shared today.

The one to watch

All the questions about payback, precedent and performance coalesce around the largest single award made by the TMF to date. Login.gov is a secure sign in service used by the public that recovers costs by charging agencies, though it historically has not been able to achieve the customer adoption rates necessary to achieve full cost recovery. The result is that Login.gov has relied upon the Acquisition Services Fund, a revolving fund controlled by GSA, to stay afloat. The program represents 18.7% of the entire $1 billion TMF appropriation in the American Rescue Plan and could pay back very little if past performance is an indicator of future results. Given the many pressing modernization imperatives across the federal government, betting more than $180 million out of the gate on this solution bears watching as it could become a lightning rod for scrutiny from the oversight community, particularly if there is a change of control in the House next year.

A well-funded revolving mechanism for IT modernization is a nearly decade-long dream nurtured and brought to life under multiple federal CIOs, from Tony Scott to Suzette Kent, with bipartisan support in the Congress. The TMF is an endowment that should be used to address urgent problems, yes, but it should also be replenished and passed on to future leaders. Greater transparency about the payback terms, precedents established and performance of these latest investments will do much to determine how long the TMF endures.

Alan Thomas is the former commissioner of the Federal Acquisition Service at the General Services Administration and now chief operating officer at IntelliBridge.  He served as a permanent member of the TMF board from inception in March 2018 until October 2019.