When issues arise during performance of a federal government contract, causing a contractor to experience delays and/or to incur additional, unanticipated costs, contractors have a choice of remedies. They can request the contract duration or price be adjusted by submitting either a request for equitable adjustment (REA), or a claim. Though REAs and claims largely serve the same purpose, there are differences between them. Contractors must engage in a thoughtful analysis before deciding which strategy...

When issues arise during performance of a federal government contract, causing a contractor to experience delays and/or to incur additional, unanticipated costs, contractors have a choice of remedies. They can request the contract duration or price be adjusted by submitting either a request for equitable adjustment (REA), or a claim. Though REAs and claims largely serve the same purpose, there are differences between them. Contractors must engage in a thoughtful analysis before deciding which strategy is best in their particular circumstances. A recent Federal Circuit case, Zafer Construction Co. aka Zafer Taahhut Insaat Ve Ticaret AS v. U.S., has further informed that “REA or claim” analysis.

Traditionally, REAs have been thought of as a negotiation tool, a part of contract administration, designed to facilitate settlement. REAs do not require certification (unless the REA seeks compensation exceeding the simplified acquisition threshold from a Defense agency). Claims, in contrast, are generally more formal and are viewed as a first step towards litigation. Claims over $100,000 require certification. While a claim triggers the government’s obligation to issue, within a reasonable time, a contracting officer’s final decision (COFD), an REA does not. Only once a COFD is issued (or, if the government fails to issue a COFD within a reasonable time) can the contractor proceed to litigate its claim. Accordingly, it is common for contractors to submit an REA, knowing they can proceed with a claim later if the REA does not result in relief. When doing so, it is important for the contractor to keep their eye on the six-year statute of limitations. Zafer is an example of the confusion caused when a contractor files an REA before the expiration of the six-year statute of limitations, but fails to file something clearly identified as a “claim” within that time period.

Zafer Construction: Blurring the line between REAs and claims

The issue at the heart of the Zafer case was whether Zafer Construction was time-barred from asserting its $6.7 million claim. Zafer had filed an REA on Sept. 10, 2013, and amended that REA on Dec. 17, 2014. It was not until Feb. 7, 2018, that Zafer converted its REA to a claim. The contracting officer denied the claim as time-barred, and Zafer initiated litigation before the Court of Federal Claims (COFC). The COFC agreed with the contracting officer. It found that while Zafer’s REA was filed prior to the expiration of the statute of limitations, its claim was not, resulting in such claim being time-barred.

On appeal, the Federal Circuit reversed the COFC’s decision, holding that Zafer’s REA itself constituted a “claim” for purposes of satisfying the statute of limitations. In reaching this decision, the court focused its analysis on three requirements of a “claim.”

Because the parties agreed that Zafer’s REA (1) met the FAR definition of a claim, and (2) satisfied claim certification requirements, the sole question left for court review was whether Zafer’s REA met the request requirement.

As a threshold matter, the court explained that determining whether the REA satisfied the request requirement was not a question of examining the contractor’s subjective intent, but rather required an objective analysis of the REA document itself. A claim does not need to “be submitted in any particular form or use any particular wording” as long as it includes “a clear and unequivocal statement that gives the contracting officer adequate notice of the basis and amount of the claim.” Importantly, the court cited prior precedent that had held that a REA may constitute a claim, if it contains the basic required elements of a formal claim.

Concerning Zafer’s REA in particular, the court found that the submission had “meticulously allege[d] changes and delays caused by the government” and “explain[ed]” the reasoning behind its allegations,” thus “clearly stat[ing] the basis of its claim.” The court further reasoned that the REA also claimed a sum certain, and “submitted a sworn statement attesting to the truth of its submission.” Indeed, the court noted, “Zafer’s certification satisfies all of the certification requirements for a claim, which go beyond what is required for a mere request for equitable adjustment.” Based on all of this, the court concluded that while the REA did not explicitly request a final decision, “its content and the context surrounding its submission put the contracting officer on notice that the document is a claim requesting a final decision.” Though the REA had expressed the contractor’s desire to negotiate, the Federal Circuit reiterated prior holdings that said “there is no necessary inconsistency between a claim and ‘an expressed desire to continue to mutually work toward a claim’s resolution.’”

The Zafer case grants contractors who inadvertently miss their claim deadline a little more leeway — but only if they previously, before the expiration of the statute of limitations, filed an REA that can satisfy the above-discussed claim criteria. The fact that Zafer certified the REA submission with the required claims certification was arguably the most determinative fact in this case. The Federal Circuit may have reached a different conclusion had Zafer included a certification that met only the less stringent requirements of REA certification. Also remember that the parties here had agreed that the REA satisfied the FAR definition of a “claim” — it is interesting to think about whether the result of this case might have changed had the agency been able to successfully dispute that point.

Zafer highlights the complexity of government contracts law, and particularly the complexity of the law surrounding REAs, claims and CDA claim litigation. While helpful, the case is unlikely to increase the number of contractors utilizing REAs. Whatever guidance the case provides, contractors will still face the same decision: REA or claim? While many contractors will choose to file REAs, leaving themselves the option to later convert that REA to a claim, that is already quite common. What this decision demonstrates is how important it is to be meticulous in the analysis and planning involved in making the REA versus claim choice, and how important it is to monitor claim deadlines during the REA negotiation process. Even though Zafer prevailed at the Federal Circuit, the contractor has already spent years (and likely incurred significant legal fees) litigating over whether it could even bring its claim; only now can it begin litigating the actual merits of that claim.

To avoid a similar fate, contractors should engage counsel as early as reasonably possible, so that counsel might assist the contractor in choosing between filing an REA or a claim. Moreover, the contractor and its counsel should take care to follow the strict requirements relating to whichever type of submission was selected. The submission itself should clearly indicate not only what it is meant to be, but specify whether it is seeking a COFD in response. The proper certification, if required, should be included. Finally — and even if the agency continues to drag out negotiations or promise near-term resolution — neither contractor nor counsel should forget about the statute of limitations. Rather, they should be sure to file a document that clearly identifies itself as a claim, which meets all the requirements of a claim, before the six-year deadline. When these proactive steps are taken, contractors are far more likely to obtain the contract adjustment they seek, and far more likely to do so in less time, and with much less money spent on legal fees.

Maria Panichelli is a partner in the Government Contracts & Global Trade practice at McCarter & English. 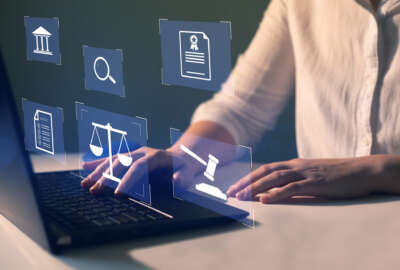 How to succeed in transitioning from the government to federal contracting