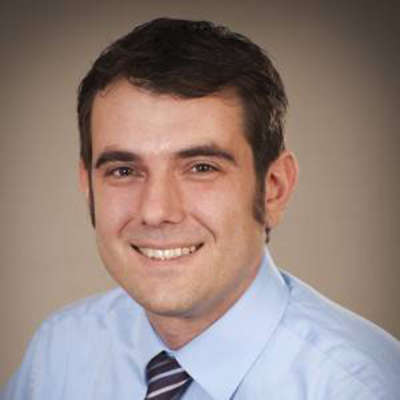 The conversation around procuring commercial items – and acquisition reforms meant to push the government in that direction – has been going on for at least 25 years, starting with the passage of the Federal Acquisition Streamlining Act in 1994.

In today’s panel, we discuss the renewed focus on commercial items, and there are a lot of contemporary reasons to do so. The Section 809 panel, for example, has devoted enormous attention to this topic as it prepares to deliver its final report. And Congress, for several years in a row, has granted a series of new authorities intended to simplify and encourage commercial buying within federal agencies.

In addition, in a key decision that set new legal precedents for the application of FASA, the Court of Appeals for the Federal Circuit ruled recently that the Army did not live up to the law’s mandates on procuring commercial items. The decision added teeth to FASA’s requirement that agencies buy commercial whenever it’s “reasonably practicable,” and define their requirements in ways that make it possible for commercial companies to compete.

What FASA Set Out to Solve

We’re trying to figure out how do we leverage, how do we buy, how do we move forward with the innovation that the commercial sector is generating. And, buying commercial items, for us, is the best way to be able to do that. We found that it saves time, it saves money, it reduces risk, it means we’re accomplishing the mission faster, easier and more effectively.

These authorities were put in place by Congress primarily to move the acquisition system faster in reaction to what was then perceived as the impending great power threat.

Protest Issues and Training the Workforce

[On workforce training,] one of the innovations I stole from DHS was the notion of a reverse industry day. This is an event where industry comes in and talks, presents what the acquisition situation looks like from their point of view, how each a government action leads to a decision to compete, not to compete, how the way we frame something feeds back in the pricing or some of the other impacts.

Jeffrey A. Koses is recognized as an innovative leader in the field of acquisition. As Senior Procurement Executive for the General Services Administration, he has three priorities: 1) strengthen the acquisition workforce, 2) smart and effective buying and 3) healthy and productive industry relationships. Jeff and his team are currently developing the tools and strategies to advance these priorities. He also serves as a voting member of the Federal Acquisition Regulatory Council.

From 2008 through 2014, Jeff was Director of Acquisition Operations within the Federal Acquisition Service, where he led several Federal Strategic Sourcing Initiatives, created GSA’s premiere vehicle for integrated professional services, OASIS, and managed 25 multiple award schedules with annual sales of over $22 billion, supported emergency acquisition and oversaw acquisition for GSA Global Supply. Prior to that, Jeff directed the Office of Contract Management and played a host of both operational and policy roles.

Bill Greenwalt is an advisor and consultant to a range of government and private sector clients on defense and government matters. He co-founded Brinkley Greenwalt Capital Partners to invest in next generation technology firms, selected for their high potential in both defense and commercial markets. He is also currently a nonresident Senior Fellow at the Atlantic Council within the Brent Scowcroft Center on International Security, a member of the Board of Directors at Safran Optics 1 Inc., and a member of a National Academy of Sciences panel reviewing the nuclear security enterprise.

Previously, Mr. Greenwalt worked at the U.S. Senate where he was a Professional Staff Member on the Senate Armed Services Committee responsible for acquisition and industrial base issues. Prior to re-joining the Senate in 2015, he was a visiting fellow at the Marilyn Ware Center for Security Studies at the American Enterprise Institute where he specialized in defense and aerospace policy issues.

Greenwalt has served in senior positions at the Pentagon, in Congress, and in the defense industry. As Deputy Undersecretary of Defense for Industrial Policy, he advised senior Pentagon officials on matters relating to the defense industrial base to include mergers and acquisitions, foreign direct investment, technology transfer, manufacturing, and competition policy.

In Congress, Greenwalt was Deputy Director for the Surveys and Investigations staff of the House Appropriations Committee, as well as a Professional Staff Member for the Senate Armed Services and Senate Governmental Affairs Committees.

Greenwalt also worked at Lockheed Martin as Director of Federal Acquisition Policy and served as Vice President of Acquisition Policy at the Aerospace Industries Association where he was responsible for a variety of issues related to acquisition, contracts, finance, tax, legal, intellectual property, and environmental, safety and health.

Mr. Greenwalt graduated from California State University at Long Beach with a degree in political science and economics and received his M.A. in defense and security studies from the University of Southern California. He is a currently a Fellow at the National Academy of Public Administration and an adjunct lecturer at the School of Public Policy at the University of Maryland.

Jared Serbu has been covering the Defense Department since 2010 and has filed hundreds of stories on DoD’s contracting, legislative, workforce and materiel issues. Jared has produced multiple news series, which included investigating DoD’s shrinking footprint and the Goldwater-Nichols Act: 25 years later. Jared also hosts On DoD, a weekly interview program with DoD officials.