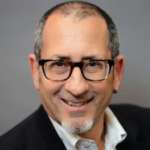 The Defense Department has moved well into a project to consolidate the networks of its Fourth Estate – the agencies that together support the armed services with everything from health care to contract oversight. This consolidation is one of the most ambitious information technology modernization projects going on in the federal government.

According to Danielle Metz, the principal director for the Deputy Chief Information Officer for Information Enterprise, it encompasses 13 agencies, 35 help desks, 30 networks, and 2,500 data centers. It also incorporates the need to continue the move to greater cloud computing adoption and create some commonality to the productivity and collaboration software used across the Fourth Estate.

In short, it’s a project with a great deal of promise to improve operational efficiency, boost mission effectiveness and save real money. But, like any large scale IT project, it comes with risks.

To gain a status report, lessons learned so far, and a sense of where the project is headed, Federal News Network and Leidos convened an online video roundtable of IT executives from the Fourth Estate, the armed services, and the Department.

Metz said 2020 is the year of moving past planning, for moving on to execution, and for sifting out the mission systems that are genuinely unique to each Fourth Estate agency, focusing on the applications and infrastructures that can be shared or consolidated.

Among the risks, participants noted the need to maintain local flexibility as individual agency priorities change. But, said Flanders of the Defense Health Agency, “I think the biggest risk is to not do it.”

Check out the video to find out what every agency can learn from digital modernization in the DOD’s Fourth Estate.

Goals for IT Reform

We’ll be able to provide a new infrastructure with a more discoverable; a network we’ll be able to control better, and provide better cybersecurity and responsiveness. But the challenges are there, certainly, to enable every mission.”

Approaches to Consolidation and Optimization

The pandemic has shown we needed to be on a common platform, to be able to collaborate among ourselves and the different organizations and DOD components. We’ve been able to provision three million accounts in less than three weeks. We were successful in doing that because we did it in a very flat manner as one [cloud] tenant.

We look at this from a mission IT and a commodity IT standpoint, because they come together. You use a lot of that commodity IT to make decisions that are critical to the mission. Ultimately the challenge that we have is less about the tech and more about the people and culture, and making sure we have effective collaboration. And that the agencies involved have a voice in terms of the capabilities they get.