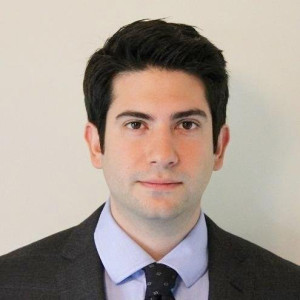 Susan Benton has always had a passion for law enforcement, and it’s in her blood.

Her great grandfather served as police chief in St. Augustine, Florida during the early 1920’s.

Benton herself was born and raised in Florida, and she has served in law enforcement across the state for more than 30 years.

Susan Benton has always had a passion for law enforcement, and it’s in her blood.

Her great grandfather served as police chief in St. Augustine, Florida during the early 1920’s.

Benton herself was born and raised in Florida, and she has served in law enforcement across the state for more than 30 years.

“We don’t just put bad guys in jail, we take care of people,” Benton said. “People don’t call 911 just for the heck of it, they call 911 because they have a problem, so my philosophy has always been that we’re not just the peacekeepers, we are delivering hope to people.”

Her husband was a Florida state trooper, which led to them moving to central Florida when he was transferred.

That is when Benton began working at the Highlands County Sheriff’s Office.

“It’s in a great agricultural community here in the middle of the state of Florida,” Benton explained.

Ultimately, Benton’s life changed in a major way when her husband passed away.

It wasn’t long before she would need to make some serious decisions for herself.

“In 2004, my sheriff at the time decided to retire,” Benton said. “I had lost my husband, my kids were grown and it was one of those moments in life where you ask, ‘what am I going to do now?'”

Benton had the necessary experience and the education, so she decided to run for sheriff.

Benton didn’t realize it while she was running, but she was about to break through a gender barrier in Florida.

In winning, she became the first woman in Florida’s history to become sheriff through a general election.

“Honestly, it didn’t hit me until later,” Benton said. “I felt the tremendous responsibility of being a mentor and a role model for young women.”

There were female sheriffs who had served in Florida before Benton, but they had not been elected. Instead, they had been appointed to the position by the governor or local government officials.

Benton’s election was the first time voters in Florida headed to the polls and put their stamp of approval on a female sheriff representing their community.

“Women who went out and voted was one of the reasons that put me over the hump and I was able to win the election,” Benton said. “I’m so happy that other young girls will have this opportunity now.”

Benton served as sheriff of Highlands County until she retired in 2017.

Putting her experience to work

While Benton is technically retired now, she still has a lot on her plate these days.

She works for the Catholic church in Florida, serving as the “victim assistance coordinator” with the Diocese of Venice.

Benton’s job is to help people who claim to have been sexually abused by diocesan personnel when they were minors or vulnerable adults.

“I put my experience and expertise to work to help the church investigate and respond to any and all allegations of abuse,” Benton said.

Benton also accepted a position on the “Verizon First Responder Advisory Council,” which advises Verizon on various aspects of its work with public safety agencies including strategy, product development and public policy initiatives.

“I think what’s unique about Verizon is it isn’t just law enforcement,” Benton said. “They are involving many arms of public safety including fire and other emergency management officials.”

Verizon formalized that relationship by establishing the council in 2019.

The council helps Verizon focus on the most important industry trends, priorities and needs affecting first responders so that Verizon can equip public safety professionals with the solutions and technology necessary to help keep them and their communities safe.

Since partnering with Verizon, Benton has noticed how important technological advancements have become for law enforcement officials.

One example Benton cited was the fact that all officers now have access to computers that automatically tell them how many times police have been called to a particular address.

Through that technology, officers responding to a domestic violence call, for example, know immediately whether there has been trouble at that location in the past.

Before that technology existed, the officer may have been walking into a dangerous situation without even knowing it.

In that event, they would be going in blind.

“That safety aspect that technology has brought to public safety is absolutely incredible,” Benton said.