Few images of Americana are more widely recognized than the giant presidential sculptures of Mount Rushmore. But there’s much more to running a big national park than keeping a viewing wall in good repair. Federal Drive with Tom Temin was pleased to welcome the new superintendent of Mount Rushmore National Park, Michelle Wheatley.

Tom Temin: Ms. Wheatley, good to have you on.

Michelle Wheatley: Thank you. It’s great to be here.

Tom Temin: And I confess I have not yet made it to Mount Rushmore in all the years that I’ve wanted to go there, but there is much more than those heads in the little platform you view it from. Tell us about the scope of the park.

Michelle Wheatley: Sure. So Mount Rushmore national memorial is comprised of 1,278 acres located in the Black Hills in southwestern South Dakota. That Memorial commemorates the values of our country and the ideals of democracy through the sculpt faces of George Washington, Thomas Jefferson, Abraham Lincoln and Theodore Roosevelt. The sculpt faces are a unique work of art and impressive engineering achievement that communicates the story of 150 years of American history. And the memorial also sits in an area of South Dakota that is both incredibly beautiful, and also has a long history of reverence and use by Native Americans who came here before all of us and besides the faces, the memorial is situated in and surrounded by a forested hillsides and beautiful vertical granite rock outcrops that provide stunning views, which can be enjoyed from foot or by vehicle. The memorial is home to all kinds of wildlife including deer mountain goats, marmots, mountain lion, the scenery in the memorial is some of the best in the Black Hills of South Dakota. And we have a wonderful visitor center, bookstores, gift shop several outdoor viewing locations. To see the sculptures, we have Ranger guided programs, Junior Ranger programs for kids and interpretive trail. There’s the carvers cafe dining facility that serves a variety of foods. The cafe is operated by Xanterra Travel Collections. One of the most popular choices is the Thomas Jefferson vanilla ice cream, which was the first written recipe for ice cream in the United States,

Tom Temin: Relative to the big national parks, and I guess this is considered one of the big ones. Where does it rank in annual visitors.

Michelle Wheatley: So with annual visitors, the memorial receives over 2 million visitors a year, and is the most visited National Park unit in South Dakota. It’s one of the most identifiable American icons. It’s much lower down with some of the larger national parks, but it’s definitely up there and has the highest visitation in South Dakota.

Tom Temin: Got it. And so what are the particular unique challenges to being Superintendent there?

Michelle Wheatley: It’s really an honor to have been selected for this position. This is my fourth week on the job. And so far, there really hasn’t been a typical day. For example, on my first day on the job, there was a wildland fire that was encroaching on the parks housing, and was threatening some of our infrastructure. So I ended up evacuating those areas and close the park on my first day on the job. So right now there’s a great deal of planning going on behind the scenes in preparation of a busy tourism season, and potentially preparing for an active wildland fire season. And then we also have the ongoing COVID-19 response planning to ensure the safety of you know, all of our employees, our partners and our visitors, of course. And at the same time, you know, I’m working on addressing various ongoing administrative processes, and then also getting to know our key stakeholders, community members, and working with them on various issues and ongoing projects.

Tom Temin: And does the park superintendent live in the park or do you just go there and go to work everyday like other people?

Tom Temin: And what are the temperatures like out there in late April and early May?

Michelle Wheatley: Oh, right now it’s in the high 30s by this afternoon, we’ll probably be in the low 50s. So we have some really beautiful spring days. It’s cool. Still have between some spring conditions and still some winter conditions at this time of year. We still have probably three to four inches of snow and shaded areas and the other areas are dry.

Tom Temin: Sure. We’re speaking with Michelle Wheatley. She is the newly named Superintendent of Mount Rushmore National Park. And this is a prestigious posting I would imagine in the Park Service. And you mentioned working with stakeholders on various issues. Who are the stakeholders? People that live in land that impinge on the park or you tell us?

Michelle Wheatley: They’re both near and far. I mean, there’s there’s a lot of interest in this park being so iconic. And so we have our other public land agencies, we have the state tourism, we have some of our other partners like Xanterra, our concessioner, as well as we have the Mount Rushmore Society, which is our fundraiser organization, and then our cooperative association as well.

Tom Temin: Yeah. So a lot of people feel like in some degree they have ownership in the park.

Michelle Wheatley: Not so much ownership, but just a great deal of interest and a lot of passion for protecting and caring for these resources as well.

Tom Temin: And getting back to the sculpted heads for a moment, do they require maintenance at all or are they just out there forever until an earthquake or something?

Michelle Wheatley: No, we do have an ongoing monitoring program just to make sure that we don’t have any cracks or any structural issues with the head. So that’s an ongoing process in the park. We have a type of monitoring system that actually will make us aware of that. We also have a technical team that goes up in checks on the heads.

Tom Temin: Yeah. Are they like coated with varnish or anything to keep the rain from getting into the cracks?

Michelle Wheatley: I’m still learning quite a bit about the park, but I do know there is some of that work that does go on.

Tom Temin: Alright. Well, when I get out there, I’ll ask you in person one of these days. But tell us a little bit about your own background, how you got into this work. And you have been at the National Park Service for for a few years now.

Michelle Wheatley: Yeah, so I’ve spent the last 21 years of my career as a permanent employee working for the National Park Service. I’ve been working for public land agencies for close to 25 years, but I’m very fond of the western United States. So I’ve tried to stay in this beautiful allowed landscape locations. I’ve worked in eight different units of the National Park Service. I’ve been a superintendent for the last nine years most recently at Jewel Cave National Monument, prior to that Florissant Fossil Beds National Monument. I’ve done three different acting assignment roles, most recently at Wind Cave National Park, Colorado National Monument, and Grant-Kohrs Ranch National Historic Site in Montana. Prior to becoming a superintendent, I served in a variety of visitor service type positions in one Yellowstone National Park for three years, Rocky Mountain National Park for five years and then Colorado National Monument, I was there for eight years. And a great deal of my work has been working with gateway community partners organizations, working with tribal leaders, and managing large scale interpretive media projects, including special events, and developing and presenting ranger led educational programs for youth. I’ve been really passionate about working with youth as well.

Tom Temin: You get a chance to interact with visitors and especially young visitors in the course of a day? Do you step out of the office and wander around?

Michelle Wheatley: Absolutely. That’s one of the things I enjoy the most is interacting with visitors. It’s just fantastic to be able to go out and interact with people and see how they’re so excited to be here and really having a good time and here enjoying this beautiful park.

Tom Temin: And you sound like something of an outdoors person yourself.

Michelle Wheatley: I am definitely.

Tom Temin: Alright. Michelle Wheatley, a superintendent of Mount Rushmore National Park. Thanks so much for joining me.

Michelle Wheatley: Absolutely. I hope you all come out and see us in the Black Hills. And if you’re a big fan of national parks, this is a great place to be. Just within an hour of here, there’s also Badlands National Park, Jewel Cave National Monument and Wind Cave National Park. We hope we see you soon. 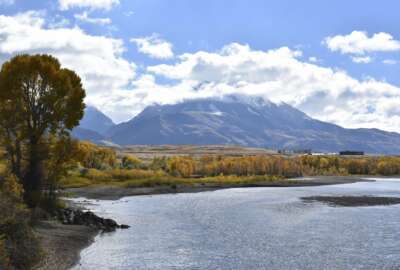 Yosemite National Park to limit summer visitors due to virus 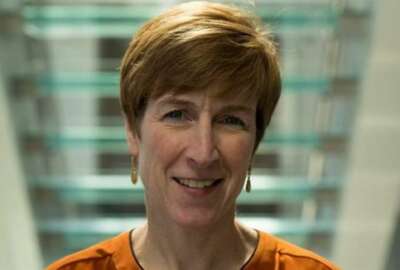