Six months ago, teleworking programs in government were, if not dead ducks, at least on life support. Now, not so much!

And for the first time, an unlikely federal operation — the Agriculture Department — may lead the way. The probable result is that many feds who are now working from home or remote sites because of the coronavirus may be there, not the office, for the rest of their careers.

Six months ago, teleworking programs in government were, if not dead ducks, at least on life support. Now, not so much!

And for the first time, an unlikely federal operation — the Agriculture Department — may lead the way. The probable result is that many feds who are now working from home or remote sites because of the coronavirus may be there, not the office, for the rest of their careers.

The public relations cry of the Trump administration plan to revamp the civil service was to drain the D.C. swamp. The idea was to transfer tens of thousands of D.C., Maryland and Virginia based federal employees (and their salaries), many of whom have never seen a hay bale or hugged a sequoia, back out into the real world which begins outside the 495 Capital Beltway. Hundreds of jobs at the Agriculture Department were transferred to Kansas City. For a variety of reasons — lower locality pay among them — many people declined to make the move. Interior and other agencies were also looking at getting people out of the Washington metro area and into the “real world.”

An equally important part of shaking up the bureaucracy was the Trump plan to get more civil servants who were working from home back to the office where they were closer to customers — and could be closely monitored by supervisors. Part of the program was real, based on the belief that many fed jobs require an office environment. Part of it was based on the administration’s anger at most federal unions who openly supported former Secretary of State Hillary Clinton — or almost any other Democratic candidate — for president.. That’s a decades long pattern that has not gone unnoticed by many GOP politicians. Agencies were also being pressured from the White House to take back rent-free federal office space from union representatives.

The Trump administration, like many others before, found that the civil service could be intentionally slow to act on new policies, and that merit system rules made it almost impossible to fire employees. In its final days, it proposed a new category of federal appointees who would serve at the pleasure of the administration with even less security than the long-running political Schedule C system.

Another change in the about face on teleworking is that the charge may not be led by the Defense Department. DoD, the largest operation, is often the place where experimental programs — from the first buyouts to pay for performance — are launched, with other agencies playing catchup. Even today, Defense has authority to offer buyouts of up to $40,000, compared to the maximum $25,000 limit in other agencies. When teleworking first was proposed 30 years ago, DoD threw up many roadblocks to it. While some of it was the suspicion that feds couldn’t be trusted to work out of sight of supervisors, much of it was also based on technology problems and systems that no longer exist. Teleworking also grew as mostly Democratic leaders in the House pushed it for their D.C., Maryland and Virginia constituents who vote heavily Democratic..

Federal News Network last week first reported on Agriculture’s new plan to institutionalize and expand teleworking even after the pandemic is cooled or conquered.

Giraffes are best known for their long necks, but surprisingly, just like human beings, giraffes have seven neck vertebrae. However, each vertebrae one can be over 10 inches long. 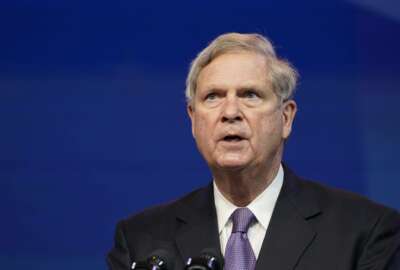 From maximum telework, to what’s next?