Several decades ago I had the honor to participate in a Memorial Day ceremony at Arlington National Cemetery. Like so many things in life, I almost bailed out. But I didn’t — and now it has switched over from being a miserable hot, steamy day to fond memory status.

Military units from all over the area — including my Army outfit — were told to supply soldiers, sailors, Marines and air personnel for a special ceremony. The march,  with heavy but unloaded weapons, took us across Memorial Bridge to the area near the Tomb of the Unknowns. It was beastly hot. Our orders included not fainting by not locking our knees when standing at-ease. None of our group passed out, but people all around us did. Very hot. Very humid. I don’t think we were asked to participate. Our don’t-volunteer-for-anything makes me think we were ordered to do it. You have to be 6 feet or taller. That was then.

My friend Lee and I did as required. We marched, we stood, didn’t faint — then went back to the assembly point by bus, I think. The point, if there is one, is that what was a horrible experience, at the time, has become a fond memory. I haven’t spun it to the grandkids. Yet. But their day will come.

Got some mail the other day from Lee (his real name is Rolen). It was in response to a column about retirement. He had a long career in government and now lives in Virginia. We keep in touch, tally grandchildren. We’re luckily both blessed with children and their children who are handsome, beautiful, smart, thrifty, brave, clean and reverent. Hope you got as lucky. Anyhow, here’s what he wrote:

It’s always great to hear from you! In answer to your question about being retired, YES I’ am very glad to being retired and away from D.C. and all the Feds. it’s now twenty six plus years that I’m out of the government and I must say I couldn’t I couldn’t be happier! Given all that has happened and getting worse in the swamp, yes very happy. I clearly would not fit in any where there now. I do worry about all the Federal Reserve notes being printed I fear where the economy will end up!

I only wish you could bring yourself to bail out of D.C. and try retirement, but I know you are happy doing what you are doing. So many years at it and still as sharp as ever, a real professional — no a great professional! I’d guess the rocking chair wouldn’t be able to rock fast enough to suit you! I don’t even have a rocking chair. I don’t know how I could fit any job into my daily schedule now.

Oh yes on your recent email questioning my past army days, I don’t know about you, but I received an Honorable Discharge from the Army several years ago. I even carry an aminated reduced copy in my wallet. It helps to get discounts at various stores. OK so I’m cheap!

Always nice to hear that there is life after government. And that people are enjoying themselves. That’s especially true if its an old (and we do mean old) friend who appreciates past experiences even if they were less so at the time!

So, salute to everybody!

The Pacific Ocean was named by Portuguese explorer Ferdinand Magellan in 1519 as he journeyed to seek a western route to the Spice Islands. 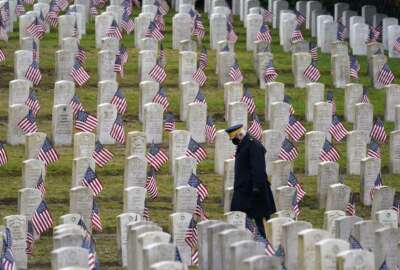