How government can attract young talent

Let’s list everything we know about the federal hiring and retention scene:

The hiring process takes so long, good candidates have become hedge fund quadrillionaires before your creaky agency even sends back a yes-or-no letter.
No one young wants to work for the government. That’s why the workforce is aging, with a big percentage having one foot out the door.
Government salaries are no match for what people can get in the...

Let’s list everything we know about the federal hiring and retention scene:

On-and-on it goes. Cliches always contain a tincture of truth. But what about when these shibboleths are not accurate?

The young-people-won’t-join belies the fact that many of the retirement-age generation started when they were young. So presumably they made it through federal hiring and stuck around. It reminds me of a judgy analysis I read in a business magazine 30 years ago about Cadillac. The analyst confidently predicted the demise of Cadillac cars since the average age of its buyers was 58. Cadillac not only survived the Cimmaron, but as far as I can tell, is humming along very nicely. It’s coming out with a hot electric SUV soon.

In reality the government can attract talented young people, and agencies have a lot of discretion in how they go about getting talent. Even within the rules — and yup, there are lots of rules — agencies have leeway and a host of hiring and pay authorities. Will your agency be a sinuous new electric SUV or grandma’s Laramie Beige De Ville?

This brings me to my case in point. She may be an anecdote, an exception that proves the rule. I think she’s more an example of what is possible. I’m talking about an examiner at the U.S. Patent and Trademark Office, Brooke LaBranche. I met her by chance at the U.S. Inventors Hall of Fame Dinner last month. She graduated with a biomedical engineering degree from the University of Virginia. This after attending a magnet high school with lots of math and science specialty classes. She understands mathematics to be a language.

LaBranche, now 28, told me was was attracted to USPTO because as an examiner, one gets the opportunity to explore a wide range of sciences and technologies.

“It’s kind of exciting in that sense that there’s there’s going to be something new basically every day that you show up to work or get on your computer; the different [patent] applications that you’re looking at all involve something different,” LaBranche told me.

She said the hiring took ten weeks. She turned down offers from the pharmaceutical industry and the medical device sales industry. Also, though USPTO is known for its liberal telework policies, LaBranche and other new hires were required to spend their first two years in the office, specifically to bond to the organization. New employees were put into small “labs,” groups of 10 people paired with mentors to help them get through their initial patent examination cases.

Those two years before teleworking? “It was really good to be in the office to kind of get to know people and be able to ask questions, to be across the hallway from your supervisor and go get help if you needed that,” she said.

So there you have it: A smooth, successful hire of a young, technical person who is now at more than six years with the agency.

Was that so hard?

No U.S. Presidents have been an only child. 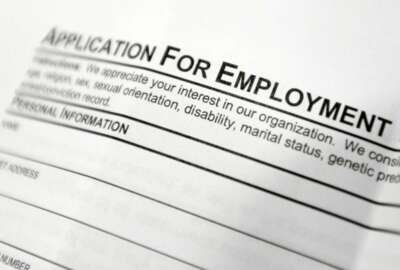 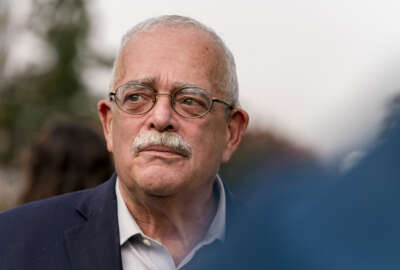