The Army has spent billions of dollars over more than ten years on a series of enterprise resource planning (ERP) systems that were supposed to replace the legacy systems it uses for financial management.

According to the Pentagon’s auditors, that project has struggled, and there are still hundreds of systems involved in moving transactions through the byzantine military accounting maze. But in the Army’s case, at least, officials are looking toward a new approach.

Planning is still in the early stages, but the effort is being designed by a new organization, the Enterprise Business System Multi-Functional Capabilities Team (EBS-MFCT), which reached initial operating capability this week. The team is co-chaired by the Army chief financial officer and the commander of Army Materiel Command.

“We have a team of software developers, the acquisition community, the finance community, the personnel, community, logistics community experts, and the [Program Executive Office for Enterprise Information Systems] is helping us as well,” Jonathan Moak, the Army’s principal deputy assistant secretary for financial management/CFO said in an interview for Federal News Network’s On DoD. “The end goal is that we want to find that enterprise business capability that’s going to have a modern digital platform so we can begin to organize our data — data quality is first and foremost — also look at how we align personnel and policy to that, and help us re-engineer our business processes.”

And although the overall project goes well beyond IT questions, Moak’s office is getting substantial help from the service’s top IT official, Greg Garcia, the acting chief information officer who also serves as the Army’s chief data officer.

In the same wide-ranging interview, Garcia said it’s still unclear whether the technical solutions the Army ends up deploying several years from now with consist of a few large ERP-like systems, or many smaller, but modernized ones.

“There’s a lot of research now that talks about the pluses of a single monolithic ERP versus having core business practices and agility and innovation to couple things together — the so-called ‘post modern’ ERP,” Garcia said. “With the development of the digital world and micro services, containerization and innovation, I think what we’ll see is a desire to be more agile, and having a single monolithic ERP may not be the best technical solution. It may be important to have the ability to innovate rapidly as our world changes.”

Whatever the final solution is, Moak said the financial management landscape needs to contain fewer systems. The current one is complex — perhaps unmanageably so, and it is a major headache on the Pentagon’s path toward eventually earning a clean audit opinion. Indeed, during the first two years of formal financial statement examinations, auditors have found about half of the military services’ accounting weaknesses have been directly connected to bad IT.

“We have to have a converged ERP system of some sort with this enterprise business capability,” he said. “We end up being our own worst enemy a lot of the time. Unmatched transactions, our inability to have an accurate fund balance with Treasury — these are big material weaknesses that we’re seeking to solve with this [solution] set.”

And whatever direction the Army goes, cloud computing will serve as the “bedrock,” Garcia said.

“But we have to do that smartly,” he said. “The big push before was ‘cloud first,’ and everybody went to go find their own way to implement cloud technology. What we’re really trying to do is have a disciplined, supportive foundational process for common cloud services and common data services. What we’re trying to say is, ‘come to this cloud capability, an ecosystem that has common shared services, a common data fabric that allows the functional owner to focus on the function piece, not the technology piece.”

In July, the Army migrated the General Fund Enterprise Business System (GFEBS), one of its four large existing ERPs to Amazon Web Services, moving dozens of terabytes of data over the course of five days. And even though GFEBS wasn’t originally constructed as a cloud-native system, the Army is already seeing gains from the transition.

“Measuring our performance in the cloud, we’re pulling report time to the left tremendously,” Moak said. “Reports that previously took 180 minutes are happening in 8, 9, 10 minutes now. And that’s just a tremendous improvement.”

And while the Army plans for a more cloud-based, digital services-oriented future for its financial systems, it’s also started to think about how the changes will impact its financial management workforce.

As one example, it’s launched a pilot program to train senior members of the workforce — general officers and Senior Executive Service members — on the fundamentals of data science. The first iteration, a three-day program hosted by the University of Virginia’s Darden School of Business, will target 25 leaders at Army headquarters.

In some cases, the Army has already found ways to use technology in ways that free up its analysts’ time to do actual analytical work, instead of performing tasks like manual data entry and matching transactions against one another in various Army systems.

Robotic process automation is one way. Moak said the Army has started pairing RPA with machine learning, building bots that can perform some of those tasks.

“So now I’ve challenged the team with the question of what to do with that analyst’s time, because the analyst can now seek to solve our root cause issues,” he said. “There’s thousands of labor hours being saved across [Army headquarters] right now with these bots, and we want people to be problem solvers versus planners. That’s the shift in culture here: Instead of being a guardian of the process and moving things through the process because that’s what you’ve always done, we want them to be knowledge-based employees.”

Garcia said the CIO’s office has similar goals with the Army’s IT and cyber workforce. Under an initiative it announced earlier this year, called “Quantum Leap,” the Army is seeking to reskill and upskill those employees.

In the initial tranche, officials targeted 100 employees — 250 signed up.

“We absolutely have system administrators that are still managing servers, and with the development of cloud and microservices, the total number of people we need to do system administration might be greatly less,” Garcia said. “We want to move from commodity management to knowledge management. How do we train contracting officials to buy in this digital world? One big example is Army data should be owned by the Army – we shouldn’t have to buy our data back. These kinds of things are what we’re getting after – more on the knowledge end, and probably less on the commodity management end.” 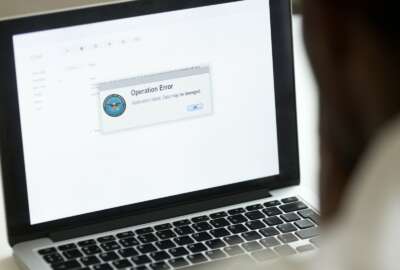