Just about the time the faded, fuzzy tiger tail on the back of my ’69 Pontiac gave up the ghost somewhere on the New York State Thruway, a young engineer named Rex Tillerson joined Exxon. It was the only company for which he’d work.

Three decades later, he was named chairman and CEO of the energy behemoth. And a decade after that, Secretary of State.

Unlike many electronics, or “high technology” executives, Tillerson’s name wasn’t until now part of the vernacular. He wasn’t running Apple, for instance, which by itself confers household familiarity. He doesn’t sail multi-million dollar yachts, operate a giant social media site in a T-shirt, or launch shopping sites that lead to space launches. A gallon of gasoline sounds like a prosaic product, in reality it’s like a corn cob or ball point pen or other commodity with a low unit price. That is, the output of a highly complex, technology-and-science intensive global activity. Just try for yourself planting corn on your 10-acre back yard and getting 17 bushels.

But will Tillerson be an effective Secretary of State?

Too early to tell. He stepped out earlier this week with a speech to a large number of career employees. I watched the video of his speech and read the transcript, imagining myself as a State employee. From the 40-minute video, it looks like Tillerson got a warm reception. He looks like a man used to speaking to groups, but he’s neither an actor nor a self-consciously polished stylist. He did speak linearly from beyond the lectern without notes, so he appeared prepared.

Tillerson gave two speeches in one. In the first part, Tillerson walked employees around the world in a survey of foreign policy under the Trump administration.  No doubt State Department career people harbor a range of reactions to those policies, but at least Tillerson laid the priorities out plainly.

In the second part, the Secretary talked about reorganizing State and the U.S. Agency for International Development. According to career diplomat Barbara Stephenson — the president of the American Foreign Service Association — there is plenty to change. In an interview, she describes the cumbersome processes related to relocating diplomatic staff and their families. They move an average of every three years throughout their careers. Stephenson says the way State handles the moves is what diplomats most complain about. So if Tillerson can convene people to fix that, he’ll have a happier workforce.

Tillerson made no mention of President Donald Trump’s call for a 28 percent cut in State Department funding next year. Many of the comments were perhaps corporate boilerplate. For example, “I know change like this is really stressful for a lot of people,” or “I want to ask all of you to very free in your thinking.”

Still, I thought the speech was effective. It’s hard to gauge a person from a distance. But I’ve worked a lot of years and for a long parade of people. All you can do is take people at their word until they prove otherwise. If Tillerson is serious about cutting bureaucracy and making it easier for people to do their jobs, then State employees should take up his offer and send in their ideas. A survey is going around. Tillerson urged people to fill it out. Fill it out.

Yet Tillerson also went out on a limb when describing what would happen after State redesigns all of its work processes aimed a delivering on the mission. “I can promise you,” he said, “that when this is all done, you’re going to have a much more satisfying, fulfilling career, because you’re going to feel better about what you’re doing because of the impact of what you are doing. You will know exactly how what you do every day contributes to our delivery on mission, and that is when I find people are most satisfied with their professional careers.” 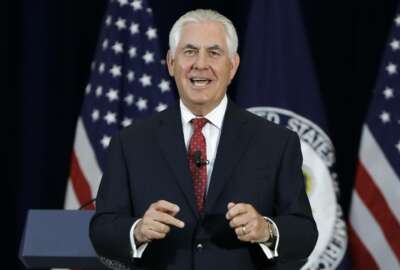 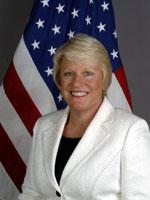