Given its relatively small size, the Office of Special Counsel can be a mouse that roared. But in a first, OSC has recommended the firing of a political appointee over what it called repeated violations of the Hatch Act. Whether the White House will fire Conway we don’t know. If so, she’ll announce her resignation, while behind closed doors someone from presidential personnel will have told her she’s become a distraction.

Given the state of discourse that characterizes political Washington, it might be easy to dismiss the OSC findings as just another “off with their heads!” sort of statement. But having read the report, and knowing that Special Counsel Henry Kerner worked for Republican members of Congress and was appointed by President Trump, I find I can’t disagree with its findings of fact or its conclusions. As to it’s recommendation, I’ll leave that to others.

You know the Hatch Act. This durable law — it dates to 1939 — prohibits political activity on the job, even down to wearing a “Better A Third Termer than a Third Rater” or “Dewey or Don’t We” button. It proscribes activities directed towards success of one political candidate or failure of another.

Sometimes the small mice in the federal jungle do make themselves heard. The Office of Special Counsel, which also adjudicates whistleblower retaliation cases, was in disarray not so long ago. After Scott Bloch was forced out (and eventually spent a day in jail), OSC is on its second of two effective, confirmed heads since 2011. Carolyn Lerner and now the homophonically named Kerner. She took, and he takes, the job seriously. Their tenures add up to sound stewardship.

There is no external indication of why OSC took the step it did, to publicly call for an individual’s dismissal from federal service. The rare admonition produced all sorts of press, including explainers of the Hatch Act itself to the uninitiated.

The ostensible motivation is to send a message. Calling Conway a “repeat offender,” OSC said her violations “if left unpunished, would send a message to all federal employees” that they, too, could ignore the Hatch Act.

Conway herself seemed to invite the rebuke. In one interview she said, “If you’re trying to silence me through the Hatch Act, it’s not going to work. Let me know when the jail sentence starts.”

OSC’s full-length report to the president details several television appearances and other interviews in which she criticized Democratic candidates for president.

In some ways, Conway is foolish for taking bait from antagonistic reporters. Savvy politicians would see the unsubtle trap. Conway also used her Twitter account for both political opinions and official business. OSC found most of her posts contained official business. Using an official channel for both official and political business is a no-no under the Hatch Act.

Everyone knows what any president’s cronies think, politically. But most officials have enough of a sense of decorum to know when and how to express them. If nothing else, it’s good management and good human relations.

So it’s hard to see how OSC could have concluded other than that Conway was in fact a regular, repeat offender. In fact it calls her violations “egregious, notorious and ongoing,” and “clearly aimed at influencing voters and the election.” Her actions “have created an unprecedented challenge to [the OSC’s] ability to enforce the Act.” The repetitions of the violations and the blithe dismissals of their meaning — I think that’s what caused the OSC’s recommendation. 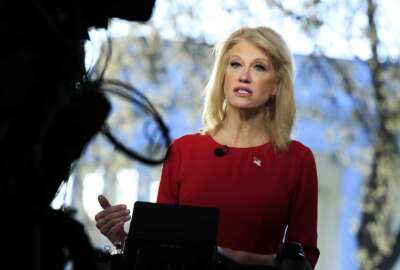 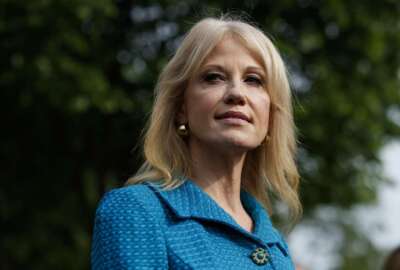