The sacking of Navy Secretary Richard Spencer will go down as one of the strangest episodes in the strange, ongoing case of Chief Petty Officer Eddie Gallagher.

The ostensible reason Secretary Spencer is gone is that he attempted to freelance a deal with the White House to ensure Gallagher, a decorated SEAL, could keep his gold Trident pin. Spencer’s White House negotiations were unknown to Defense Secretary Mark Esper. Yet both Esper and Spencer wanted...

The sacking of Navy Secretary Richard Spencer will go down as one of the strangest episodes in the strange, ongoing case of Chief Petty Officer Eddie Gallagher.

The ostensible reason Secretary Spencer is gone is that he attempted to freelance a deal with the White House to ensure Gallagher, a decorated SEAL, could keep his gold Trident pin. Spencer’s White House negotiations were unknown to Defense Secretary Mark Esper. Yet both Esper and Spencer wanted to end a Navy review board into Gallagher’s future status.

Gallagher was accused of war crimes that occurred during one of his deployments to Iraq. A court martial acquitted him, except on the charge of posing with a corpse. His sentence included a demotion.

That didn’t end the case, however. Navy Rear Admiral Collin Green had ordered a Trident Review Board for Gallagher — the pin is colloquially called the Trident — to see whether Gallagher would be expelled. The pin has nearly talisman-like meaning. SEALs sometimes push their pins into the wooden coffins of comrades killed in action. The pins go below along with the comrade. The living are entitled to acquire replacement pins. (I found them for 10 bucks on eBay.) But to have it revoked as a way to say, “You’re no longer a SEAL,” that’s a serious deal.

The Navy Times reports Gallagher was ready to voluntarily give up the pin and told his lawyer to draft a letter to that effect. His stated reason was to honor the integrity of the SEALs by removing himself from ongoing controversy. But just after giving that instruction to his lawyer, Spencer told Gallagher he could keep his pin.

In negotiating privately with the White House, Esper felt Spencer undermined his authority. What a mess. Spencer’s offense wasn’t his position on Gallagher, but rather that he pursued it without buy-in from his boss.

My question is, if Esper, Spencer and President Trump all agreed that Gallagher stay in the SEALs and keep his pin, why fire Spencer over trying to get that done?  Esper himself, the AP reported on Sunday, ordered the Navy to let Gallagher retire at the rank to which President Trump had restored him. And ordered the Navy to stand down the review board.

But there’s a larger question. Namely, in the context of civilian control of the military, where do you draw the line in the proper authority of the uniforms? Military justice in the Gallagher case proceeded, albeit in a flawed way, towards a conclusion by a jury. The Gallagher case was one in which the mythic heroism of elite warriors called to operate in ambiguous circumstances on the nation’s behalf collides with the realities of rules of engagement and the requirement for integrity of the justice system. And with the fact that an individual can be both supremely talented and deeply flawed.

Gallagher was acquitted of shooting random civilians and stabbing to death a prisoner who was receiving medical attention. Fellow SEALs testified that he did it. Some witnesses changed their stories on the stand. Regardless of the narrow verdict, Navy people who understand these things felt the case needed a more definitive ending.

Not that the civilian leadership doesn’t have the Constitutional right and occasional duty to countermand the brass, but I believe in this instance, President Trump and others erred in publicly overriding the uniforms.

In the still-difficult case of Army Lieutenant  William Calley, President Nixon didn’t try to overturn a conviction, instead ordering the man at the center of the My Lai, Vietnam, massacre to house arrest. Still, Nixon was dinged by Calley’s defense team for prejudicing the case and interfering with military justice. The Calley case went through subsequent military and civilian court rounds before his initial murder conviction was upheld. My recollection is that the My Lai massacre — and there was no doubt about the fact of a massacre having taken place at the hands of U.S. soldiers — drew enormous and divisive debates among politicians and the public. Long story short, Calley was out of prison by 1976.

Chelsea Manning wasn’t convicted of murder but rather of sending 750,000 classified documents to WikiLeaks, in violation of the Espionage Act. Again, a big debate over whether Manning is an activist and whistleblower or traitor. This time it was President Obama intervening. He commuted her 35-year sentence to seven years. At the time of Obama’s decision, Manning had already spent close to seven years in prison and her release occurred in the early days of the Trump presidency.

These cases are messy from military, moral and legal standpoints. If military legitimacy as we understand it in the United States is to be preserved, the politicians have to be judicious in how they get involved. It takes a deft hand to know when to intervene and when to let military justice run its course. This feels ham-fisted. 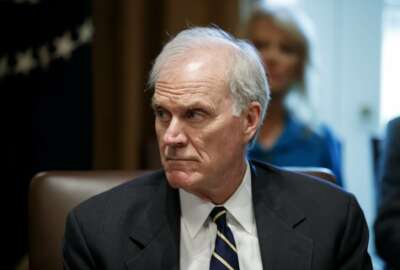 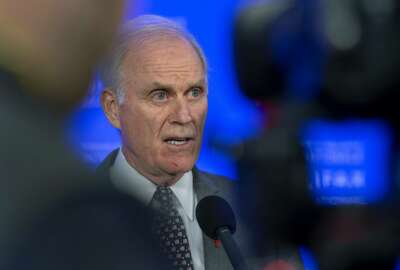 Esper says Trump ordered him to stop SEAL review board 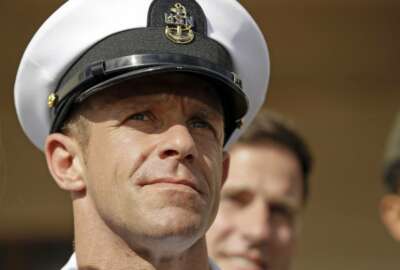 Navy upholds sentencing of Navy SEAL for posing with corpse