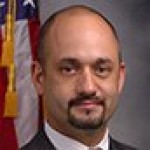 While the FBI remains in the planning stages of its new headquarters construction project, the agency’s new biometrics technology center has been working on projects to build on the breakthrough successes it’s had with fingerprint technology.

By matching clues about a suspect’s physical profile — such as a voice or face — with the power of big data, the FBI’s Criminal Justice Information Services Division aims to bring speed and efficiency to law enforcement investigations.

Stephen Morris, FBI assistant director for CJIS, told Federal Drive with Tom Temin  that the agency’s new Biometrics Technology Center has been a project nearly a decade in the making.

“What it represents for us is an opportunity to harness all of our biometrics activities within the FBI under one roof,” Morris said. “The backbone, if you will, of that building will be our Next Generation Identification System.”

“Obviously, with the FBI’s 100-plus years’ experience in dealing with fingerprints, that’s really where the partnership really grew,” he said.

Located in Clarksburg, West Virginia, the 360,000 square-foot campus combines the scientific and forensic expertise of the FBI and its partners, including the Department of Defense.

“DoD had a need to be able to grow their program and they had relocated out here because of the partnership that we have with them. And so they were in desperate need of some space to operate and to work, and of course we were as well,” Morris said. “When our original facility was built out here over 20 years ago, it was a short time after the building was completed that we had outgrown it. We still had folks that were working in offsite locations and different things throughout north-central West Virginia that we really needed to get under one roof and to bring them on board.”

Before the concept of the center had taken form,  federal law enforcement had already been exploring the possibilities of biometrics, but Morris said the field received much more attention from the FBI, DoD and the Department of Homeland Security post-9/11.

“We’re looking at different modalities of biometrics, whether it be voice, iris, DNA and different things. That technology is really, really expanding, and so that is where the synergy of all of our efforts and all of our missions across the U.S. government really come to bear,” he said.

Recent breakthroughs have led to the development of the NGI’s Repository for Individuals of Special Concern, which allows officers to conduct on-the-spot fingerprint scans with mobile devices.

“They can take a couple of fingerprints, literally on the side of the street during a traffic stop and search against a smaller set of data that we have with NGI, and that would be the fugitives or sex offenders, or different folks that may be wanted,” Morris said.

Expanding on their success with fingerprints, NGI is looking to match photos of a suspect with records from mugshot databases.

“We have millions of criminal mugshots in our database, and through leveraging facial recognition, they would get candidates back,” Morris said. “Basically, it provides a lead for those agencies to follow up on.”