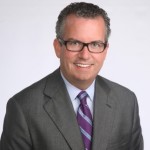 That’s according to one finding by a panel put together by that National Academy of Public Administration (NAPA) to help the upcoming presidential transition in January.

The panel, which focuses on evidence-based approaches,  developed a shortlist of operational recommendations to improve government performance by strengthening the use of data, evidence, evaluation and innovation by a slew of different government officials including managers, front-line employees and other stakeholders involved with allocating resources and management programs.

The panel has been recognized for making progress with the Government Performance and Results (GRPA) Modernization Act when it was signed into law in 2011, which requires quarterly reporting an reviews to use more performance information in program decision-making.

“There’s been substantial investment in program evaluations, building a body of evidence of what works so that we can learn and improve,” said Robert Shea, chairman of the evidence based approaches panel on the Federal Drive with Tom Temin, “but we’ve still got more to do.”

Shea said performance management initiates of agencies and evaluation efforts, aren’t really collaborating or as integrated as they could be. Making sure they do is one of the 10 major recommendations the panel made to agency performance managers.

He said the panel worked with the Government Accountability Office and spoke with professionals including performance improvement officers and academics to come up with ways to get program managers to use this kind of information to their advantage.

“Flowing down these requirements or helping states share in this learning in an area where we’ve got a lot more to do, and working with Congress of course remains a real challenge,” Shea said. “Congress—I’m not sure—is widely bought into performance management or program evaluation or evidence based effort, so we’ve got more work through there too.”

Another recommendation the panel made is making sure agencies put authority over government performance improvements in senior officials, and make sure they have a deputy to help drive initiatives when they need it.

“We’re not looking for someone to bring the hammer down on programs, but one that can convince a culture that performance management is important to accomplishing the mission of the organization.” he said.

Shae also said making sure agencies are working towards performance management goals is crucial, especially when the influx of future political appointees after an election typically come into management positions without adequate experience.

“Here’s an opportunity to bring people in who know what an outcome is and can distinguish it from output and input and is really driving the conversations toward whether or not we’re achieving that and what we need to do to improve.”

Shea mentioned the panel recommendations put an emphasis on including the Office of Management and Budget as a key player getting state and local governments to incentivize using performance improvement  information.

“They [OMB] have a unique capacity to get agencies collaborating across government,” he said. “Nothing the government does is done by just one agency. Moreover, there are state and local, and non-profit private sector partners that need to be involved as well. OMB is in the unique position to bring those forces together to collaborate on the common way of measuring what we’re doing and working together to do that.”

NAPA plans to bring the panel recommendations to the incoming and outgoing presidential teams as the election approaches.

Shea said they’re not waiting for the election to roll by to get both teams prepared.

“Both major party candidates have begun transition planning in earnest so we’re already having those conversations today.”