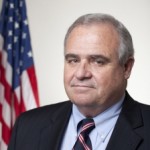 A new president will occupy the White House in less than six months, but a good-government group says the outgoing commander-in-chief has plenty of job training to prepare for his successor.

The National Academy of Public Administration released a report on Tuesday outlining its recommendations for the upcoming presidential transition in January 2017.

“I think transition means getting the best people in place as quickly as possible, to do two things: One, to formulate the policies that the new administration has espoused, and second, to manage the government — to manage the policies, but also managed the day-to-day operations of the government so that failure, disaster, all the terrible things we know can happen don’t happen,” Ed DeSeve, a senior adviser for NAPA’s Transition 2016 project, told the Federal Drive with Tom Temin.

The NAPA report addressed many of the concerns voiced by the Senate Homeland Security and Governmental Affairs Committee during the confirmation process for Andrew Mayock, President Barack Obama’s nominee for deputy director for management at the Office of Management and Budget.

Mayock, if confirmed, would serve as a front-line leader in many aspect of the transition between administrations.

DeSeve, who is also a former deputy OMB director, said the outgoing administration plays a large role in preparing the president-elect for his or her role.

During the much-hyped first 100 days of a new administration, presidents often announce a signature policy decision, but it often takes collaboration between federal agencies to get the job done.

During the Obama administration, for example, the departments of Labor, Veterans Affairs and Housing and Urban Development have joined forces on programs aimed at reducing veteran homelessness.

Presidential decisions have long-reaching consequences that last well after their terms in office. To better integrate foresight into the president’s executive decisions, the NAPA study recommends the next White House Chief of Staff should set aside a White House-level position or unit to advise the president on mitigating future risks.

“The person leading this function would serve as a neutral convener and broker between the foresight and risk functions vs. the policy development and decision functions, at the White House, and would ensure the questions about ‘what’s next’ get asked,” the report stated.

To improve metrics behind performance management, the NAPA study calls for improving the “accessibility, transparency, and usefulness” of agency information on Performance.gov.

“The key to strengthening accountability for performance improvement is transparency. Today, finding out how well an agency or program is performing is harder than it should be even though the sophistication of available data analytics and presentation capabilities have ballooned,” the report said.

In order to attract and hold onto top talent in government,  NAPA says the incoming administration should start from the top. Appointing a strong OPM director.

“As the central-management agency responsible for implementing the personnel policies and practices set forth by the Congress and the President, OPM will play a significant leadership role in supporting the new Administration’s management initiatives across agencies.”

The report also recommends revisiting the authority to fire poor performers in the Senior Executive Service, following recent high-profile cases at the VA and IRS.