Like a hot air balloon with a pinhole, the National Labor Relations Board has been steadily losing people and the morale of those remaining. The Government Accountability Office has some recommendations for plugging the hole. For more, the GAO’s acting director for Education, Workforce and Income Security Issues, Thomas Costa, spoke to Federal Drive with Tom Temin.

Like a hot air balloon with a pinhole, the National Labor Relations Board has been steadily losing people and the morale of those remaining. The Government Accountability Office has some recommendations for plugging the hole. For more, the GAO’s acting director for Education, Workforce and Income Security Issues, Thomas Costa, spoke to Federal Drive with Tom Temin.

Tom Temin: Mr. Costa, good to have you on.

Thomas Costa: Thanks for having me on. I appreciate it.

Tom Temin: And it’s probably a good idea to review exactly what the National Labor Relations Board does, because I think the way administration’s sometimes treat it, you would think it’s either a pro-labor organization or an anti-labor organization, but in fact, it is, neither, is it?

Thomas Costa: Yeah, that’s correct. It was created in 1935 to administer and enforce the National Labor Relations Act. And that act did encourage the practice of collective bargaining and protecting the rights of employees and help to seek eliminating unfair labor practices. But its job is also to balance between workers and businesses. Its two primary functions are to conduct secret ballots of elections and prevent those unfair labor practices, which could be things like not bargaining in good faith or taking discriminatory action against employees.

Tom Temin: Okay. And for the purposes of this report, just give us a sense of the size of the agency. And then some of the issues you’ve identified, including a steady reduction in the staff.

Thomas Costa: Yeah, so it’s a relatively small agency, they had about 1,700 employees at one point, but they’re down to a closer to around 1,300. Right now, what we found is that that decrease has occurred over the last decade, and that most of that decrease has occurred in the regional offices where the lion’s share of the work is done. We also found that there was an increase in unobligated balances, that they weren’t spending all their money. So we found in fiscal year 18, there was $3 million that wasn’t spent, almost $6 million in fiscal year 19. But we did find that they have taken steps to address some recommendations made by their own inspector general and have decreased those unobligated balances to about half a million dollars last year.

Tom Temin: And the reason for the steady reduction in staff, as you point out 1,700 plus to about not even 1,300 right now, is because of declining case loads. Is that because there’s less union and election type of activity in the country?

Thomas Costa: Yeah, that’s a big part of it. And I’m almost certain that that’s the biggest part of it. I mean, it’s hard to judge exactly, but yeah there’s been about a 22% reduction in overall work looking at unfair labor practices and a 31% reduction in representation cases. So that’s definitely been a big part of it. As far as reducing the amount of work, I think another part has been there has been some improvements in technology. And then we also did hear that the previous leadership was hostile to the agency’s mission, and so that may have had some impact as well, but we weren’t able to necessarily a certain exactly the impact of that.

Tom Temin: And given the falling numbers and the variable caseload, which has been trending down, does the agency have some kind of regularized process to match its workforce with its workload? And so should it be dropping in terms of headcount in the way that it has?

Thomas Costa: I think we would expect that there would be some reduction, whether that reduction was handled as effectively as it could have been, I think we found some mixed results about that. What we found is that we were seeing staff morale plummet and people were feeling overworked. As I mentioned before, the lion’s share of the reductions were occurring in the regional offices where the work is mostly done versus headquarters, which had a much lower reduction in staff. So we found that there was that burnout was occurring and that staff morale was plummeting, and that their faith in the agency, in the senior leadership, dropped significantly between 2018 and 2019 from previous years.

Tom Temin: And getting back to the issue of resources, staff was reporting they feel under resourced, yet the agency was turning money back in every year. So that must be a interesting point to look at.

Thomas Costa: The agency said that they were dealing with issues out of their control. And while certainly we found that there were some issues that were out of their control, for example, there was a contract that the General Services Administration was managing that sort of went awry, and the agency didn’t have control over that. But we did find that the lion’s share of the problem seemed to be that they didn’t have enough internal controls to manage their money and that they could have done a much better job sort of anticipating the amount of funds that they weren’t going to be able to spend in the proper time and redistribute those funds perhaps to support their workforce better.

Tom Temin: Alright. So your recommendations then were aimed at which basic problems? The morale problem, the financial management problem, the staffing problem, or all the above?

Thomas Costa: Most of the above. We didn’t get into the money problem as much because there inspector general did make a number of recommendations for the agency to address, to improve their internal controls around their budgeting process, which they have started to take action on. But we did have six other recommendations. The first three involved looking at their performance metrics and trying to make sure that they had better ones, because most of the time we were finding that they weren’t quantifiable or objective. And so they can’t really tell how well they’re doing against their own goals without those sort of metrics in place. So aside from timeliness, they just didn’t have those. And that might have been part of the problem, right. I mean, if they’re focusing on timeliness over everything else, that could be creating pressure on people. A second recommendation was to deal with how they were going to manage their case reviews, we were finding that while they did some annual case reviews, they weren’t following through to correct errors that they were identifying in those case reviews. Another one was to deal with collaboration with the union and employees. That relationship had really soured, and they really need to take a step back and try to repair that relationship. And finally, we wanted them to look at a mechanism to address performance pressures on their personnel and see if there was a way to address that in an effective way and bring those morale scores back up. Because if people aren’t happy, they’re not going to give you their best work.

Tom Temin: Yeah, so the recommendation with respect to relationships with parties served, such as unions, and I guess that could also extend to management of companies that might feel beset by unfair union practices, I guess this works both ways. The point is, these issues affect not just the internal operations of the NLRB, but also its mission?

Thomas Costa: Absolutely. There were significant challenges facing the agency. And our concern was that that was going to have an impact on their ability to carry out their mission effectively. Between all the things that we identified, as well as what the inspector general identified, there are a number of challenges for the new leadership there to take on. And hopefully they will be successful in doing so.

Tom Temin: Yes, because when you look at the scores of employee satisfaction, there’s a distinct difference between the end of the Obama years and the Trump years. Just to lay it out there. You don’t mention the administration’s but the years coincide with those two groups. And so do you find after release of this report that there is some reaction on the part of the board., yes we agree and we’re going to get after these?

Thomas Costa: We were excited to see that the board did agree with all of our recommendations, and that they have already started taking some action to address them. As some of your listeners may know, the current administration did fire the head of the board on the first day of the administration and there’s an acting official in charge right now. So we will continue to monitor how the agency addresses our recommendations, but we are hopeful that given their response to our report that they will take some serious action to address the serious challenges that we identified.

Tom Temin: Yes, because like other judicatory types of boards, you’ve got a board, the five member NLRB itself, but then there’s a standing staff and management directorate, if you will, for lack of a better word, that should provide kind of administration to administration steadiness and continuity, correct?

Tom Temin: Thomas Costa is acting director for education, workforce and income security issues at the GAO. Thanks so much for joining me.

Thomas Costa: Thanks so much for having me, Tom. I really appreciate it. 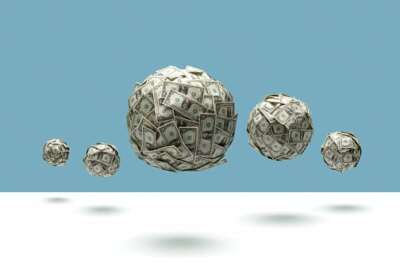 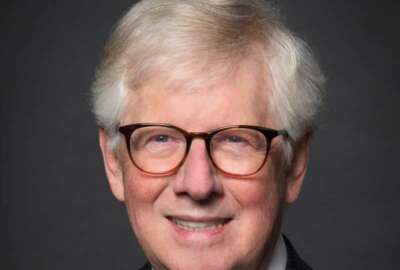 FLRA decision could have broad impact on agency labor relations