The heated debate about Lowest Price Technically Acceptable (LPTA) government contracts has followed a fairly steady script for several years, with vendors arguing that the technique is being improperly used on a widespread basis and is stymying innovation; the government replying that there is no LPTA mandate and that the issue is somewhat overblown.

There may be new data on the way to help illuminate which side is right. A provision tucked into the annual...

The heated debate about Lowest Price Technically Acceptable (LPTA) government contracts has followed a fairly steady script for several years, with vendors arguing that the technique is being improperly used on a widespread basis and is stymying innovation; the government replying that there is no LPTA mandate and that the issue is somewhat overblown.

There may be new data on the way to help illuminate which side is right. A provision tucked into the annual Defense authorization bill the House Armed Services Committee passed on Thursday would order the Defense Department to scour its records, survey its contracting officers and produce a report on precisely how prevalent LPTA contracts are, and whether they comply with DoD guidance that says they’re only appropriate when the government has an extremely firm grasp of its requirements.

“It requires a very thorough analysis and measurement of the degree to which LPTA is being used and to give the committee a fairly comprehensive report on that, and I think just by virtue of that report the issue may move a little bit,” said Jonathan Etherton, the president of Etherton and Associates and a former longtime Senate Armed Services Committee staffer.

Specifically, the bill would order DoD to review all of its formal and informal policies that describe when LPTA is and isn’t appropriate, query rank-and-file contracting officers to determine whether they understand those policies, and assemble data on how often the department used LPTA to buy goods and services in 2015 and 2016, including what the department bought via those contracts.

DoD has made some moves over the past year to address complaints from vendors, who say that defaulting to LPTA has caused a race to the bottom in certain segments of the contracting industry, since companies with creative solutions that might save the government money or deliver large improvements in performance over the long run can’t get credit for the capabilities they might want to propose.

Last May, Frank Kendall, the undersecretary of Defense for acquisition, technology and logistics wrote a memo telling the acquisition workforce that LPTA should only be used when the government knows what it wants to buy, wants to do so as cheaply as possible, and that there is no reason to pay for extra bells and whistles.

And earlier this month, Claire Grady, the director of Defense Procurement and Acquisition Policy issued more guidance, telling contracting officers that they must clearly define what “technically acceptable” means so that vendors know precisely how much more the government is willing to pay for better performance.

The House Armed Services Committee sees those efforts as helpful, but would like to see some real-world data.

“LTPA processes and contracts are being used in many circumstances far beyond the depiction of ‘appropriate’ in the undersecretary’s memorandum,” the committee wrote in its report accompanying the bill. “For example, LPTA contracts have been inappropriately used to procure sensitive electronic test equipment that are very technical in nature and require calibration, repair and software updates during their life cycle. Such long-term costs are not considered under LPTA processes, even though they may increase taxpayer costs by millions over the life of the equipment. Another example is procurement of personal protective equipment, which the committee strongly believes demands consideration of additional performance above a minimum threshold.”

Two influential industry groups raised another example Thursday of what their members view as a particularly odious example of LPTA. The Defense Information Systems Agency will use the technique to vet contractors on its $17.5 billion ENCORE III contract, a 10-year multiple-award vehicle for a vast array of IT services, including development, installation, training and life-cycle management.

In a letter, the Professional Services Council and the IT Alliance for Public Sector directly implored Kendall to intervene in DISA’s LPTA decision and said that several potential bidders had already filed pre-award protests with the Government Accountability Office.

“The technological complexity of the solutions to be acquired under ENCORE III and the disparate technical capabilities possessed by different companies necessitate that companies be judged by their capabilities if quality solutions are a desired outcome,” the groups wrote. “The future labor market for technical skills over the next decade is inherently uncertain, to such an extent that other evaluation factors beyond predicted labor category prices would better enable the government to select the most capable and best value industry partners.”

Alan Estevez, Kendall’s principal deputy, said the Pentagon has made its policies with regard to LPTA fairly clear through various memos and instructions, but emphasized that DoD also wants its contracting officers to think for themselves about the proper evaluations factors in a given source selection.

“There is no guidance and there has never been guidance from DoD leadership that says,‘Thou shalt do LPTA contracts,’” he told the Coalition for Government Procurement Thursday. “But the reality is that the contracting officers at an individual fort or air base may not know who Frank Kendall or Alan Estevez or Claire Grady is. This is about getting people the right training and continual improvement at places like the Defense Acquisition University. Not everyone’s going to be the best, but we’re going to try to get people to a place where they understand best practices.”

DoD is better defining what lowest price means in contracts 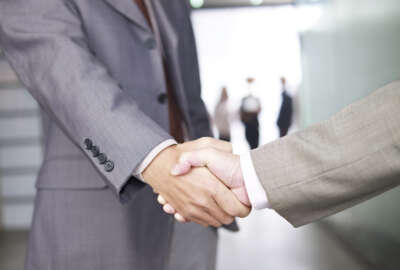