President Donald Trump’s permanent pick for the Small Business Administration told members of the Senate Small Business Committee that, if confirmed, she would focus on the agency’s commitment to providing cybersecurity resources and support to the country’s 30 million small businesses.

“Cybersecurity is not only about additional information … there’s also a need to identify capital for them so they can build infrastructure to support the systems that they have to install,” nominee Jovita Carranza,...

President Donald Trump’s permanent pick for the Small Business Administration told members of the Senate Small Business Committee that, if confirmed, she would focus on the agency’s commitment to providing cybersecurity resources and support to the country’s 30 million small businesses.

“Cybersecurity is not only about additional information … there’s also a need to identify capital for them so they can build infrastructure to support the systems that they have to install,” nominee Jovita Carranza, the current U.S. treasurer, said at Wednesday’s confirmation hearing.

Under the leadership for Chief Information Officer Maria Roat, SBA has recently doubled down on its internal cybersecurity. Through a Continuous Diagnostics and Mitigation (CDM) pilot with the Department of Homeland Security, SBA this year has built out a cybersecurity dashboard that gives the agency an around-the-clock look at every SBA device that’s connected to its network, all the way down to mobile devices.

But with the majority of targeted cyber attacks last year aimed at small businesses, Sen. Jacky Rosen (D-Nev.) said SBA also needs to double down on providing resources for companies in the event of ransomware attacks or other major disruptions.

“They don’t often think that they’re going to be victims of a cyber attack,” Rosen said. “They think of maybe a big bank or a big retail company. They think, ‘Oh, I’m small, who wants my information?’”

Carranza served as SBA’s deputy administrator for more than three years under the George W. Bush administration, but she told the committee that she’s been brushing up on terms like “cyber hygiene,” which came during a meeting with Rosen prior to Wednesday’s hearing.

One of her first orders of business, if confirmed, would be to respond to the committee’s letters to SBA seeking further information about its cyber support to small businesses.

“You’ve heard a lot about that here today,” Committee Chairman Marco Rubio (R-Fla.) said about the cyber focus of the hearing. “To date, we have not received a response to these letters.”

“Both sides are really concerned about not getting a response on that cyber letter,” Cardin said.

Last August, Congress passed a law that requires the National Institute of Standards and Technology to consider small businesses when it develops voluntary cybersecurity standards for critical infrastructure.

When meeting with President Donald Trump about her nomination for the job, Carranza recalled that he expressed an interest in her building off the momentum of Linda McMahon, his previous pick for the job.

“My commitment was to exceed his expectations,” Carranza said.

While Cardin said her prior experience at SBA would be an asset if confirmed as administrator, he also expressed concerns that the agency hasn’t had a deputy administrator in more than a year and a half.

“I’m confident in your ability to lead the agency, I am sure you would agree with me that the best leaders have strong teams,” Cardin said, urging Carranza to recruit someone for the deputy role.

Agencies awarded 25% of their contract spending to small businesses in fiscal 2018 and earned an overall ‘A’ rating on SBA’s annual small business scorecard.

However, those figures stand in contrast to a report from Bloomberg Government, which found the number of federal contractors working on unclassified prime contracts has hit a 10-year low, despite a steady rise in government contract spending over that same period of time.

The report also found that the government did business with 32% fewer small vendors in 2018 than in 2009, while the number of large vendors only fell by 4%. Cardin said he found the results of this report “very troubling.”

“This means that while contracts are getting bigger, we’re creating an insular club where fewer and fewer businesses successfully compete for government contracts, creating a less competitive marketplace and reducing opportunities in the process,” he said. “Small businesses are bearing the brunt of this decline.”

Prior to serving in government, Carranza spent more than 20 years working for the United Parcel Service and served as president of the company’s Latin America and Caribbean operations.

In her role as U.S. treasurer, she’s overseen the Office of Consumer Policy and advised Treasury Secretary Steve Mnuchin on U.S. Mint operations, including Fort Knox. 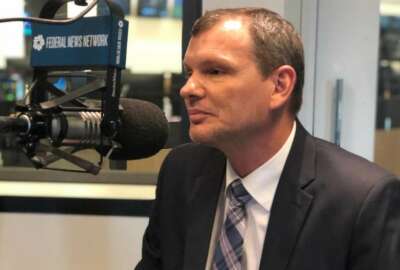