They do go up a little, they go down a little. But they never really go away. Last year federal improper payments were up a little over $175 billion. In its annual look under this rock, the Government Accountability Office found that agencies that have mitigation programs in place don’t measure how effective they are. For the latest, the GAO’s director of financial management and assurance issues, Beryl Davis joined Federal Drive with Tom Temin. You can read the full report here.

Tom Temin: Very good to have you back.

Beryl Davis: It’s good to be back.

Tom Temin: And so you found that there are some of the CFO Act agencies that are supposed to have controls in place for this improper payment issue have them, but apparently they’re not effective because the levels about where it was the last number of years. Tell us more.

Tom Temin: Got it. And let’s put some, some more detail on to these numbers. $175 billion doesn’t mean that’s how much is going out the door and never to be seen again. A lot of this is the intergovernmental transfers that seem to pop up and occur on a regular basis that they have trouble reconciling?

Beryl Davis: Well, $175 billion is is comprised of a number of components. A large portion of it, very large portion, has to do with over-payments. Some actually has to do with under-payments. But then also there’s a large category that we call insufficient documentation. In other words, the agency doesn’t know whether the payment was correct, whether it went to the right person, whether it was to the right amount, etc. But the amount has gone up, as you point out, it’s gone up about 24 billion from the prior year. So it is a concern to us. In fact, if you look at the total amount of government wide improper payments estimated over the years. So I’m going to go start with 2003, which is the year that agencies first started really reporting these numbers in mass, those numbers have now gone, the total of those numbers, it cumulatively is about $1.7 trillion. So over time, if you add the numbers up, the total number is pretty significant.

Tom Temin: Sure, and for the most recent period of 175, how much is actually overpayments?

Beryl Davis: I’m going to say about 45%. But remember, that does not include another perhaps 40 some odd % of insufficient documentation issues, which could be improper payments, and we don’t know for sure.

Tom Temin: Got it. Okay. And you mentioned in the report that two agencies do have the right controls and the right measurements in place, and tell us about them.

Beryl Davis: There was really one agency, Tom, that that we found really was doing a good job of determining whether or not their corrective action plans were sufficient. And that was VA, and for that reason, we had no recommendations toward that agency. Most of the other agencies had issues either in developing completion dates or determining, identifying completion dates when their plan should be completed or effective. And then, of course, monitoring the effectiveness of those plans.

Tom Temin: Got it. All right, and of the overpayments that we do know about, I guess that mostly tends to be Medicare. Medicaid, I think is the biggest sinner in that particular case.

Beryl Davis: Correct, correct. Yeah, you’re absolutely correct. Medicaid total about $57 billion this year, which was a significant more than $20 billion increase over the prior year. Medicare now which is comprised of three programs reported a total of about $46 billion. And then the earned income tax credit, which is not too far behind, totaled more than $17 billion. So those are the primary areas of improper payments, although it is a government wide issue.

Tom Temin: And what would controls look like? Does it start with the CFO function?

Beryl Davis: Well, it starts with the CFO function, those who are responsible for payment integrity. And if I can put this at the at the highest level, federal agencies employees have a responsibility to ensure that the taxpayers dollars are properly and appropriately spent. And it does start at the area where the financial transactions occur. But there are several processes to that an agency needs to go through in that CFO Act area, and the first one has to do with risk assessment. If you don’t have a good quality risk assessment, you’re not even going to know whether you’re susceptible to significant improper payments. And of course, if you’re if you don’t think you’re susceptible, if you think you’re at low risk, when in fact you’re not, you may not even be reporting improper payments. And of course reporting is really kind of the point at which are the catalyst for causing you to develop your corrective action plans and reducing improper payments.

Tom Temin: All right. So you have a number of recommendations this year, and I’m looking at the chart of you know, whether they had planned completion dates, do they annually monitor progress and people sort of are. But do they annually measure effectiveness? They mostly don’t, for the varieties of types of improper payments that you spell out before Pell Grant earned income tax credits. So what what are your recommendations? I’m guessing they cover the measuring of effectiveness.

Beryl Davis: Primarily, Tom, that’s correct. They’re primarily looking at whether the agencies for example, are establishing plan completion dates for their plans, whether they have a monitoring system in place, processes in place to monitor the progress. Then, you know, finally, are they determining effectiveness? And are they communicating this effectiveness to their stakeholders, their internal stakeholders. Now we did find that as far as the corrective action plans go, they were communicating those plans overall, the agencies were communicating those plans internally. However, they were not communicating the effectiveness internally. And of course, the effectiveness is key to reducing improper payments in the first, preventing payments from happening that are improper, in the first place.

Tom Temin: And the ones that get three Xss for establishing plan completion dates, monitoring progress annually and so on, are old age survivors, disability insurance and supplemental security income. So that sounds like CMS and Social Security to me, where we know that there’s overpayment.

Beryl Davis: Correct, correct. Now, just just to be, to be clear, although we report estimated improper payments and all of the programs we looked at, let me point that out. We looked at six agencies and eight programs, and all of the eight programs had improper payments over a billion dollars the year that we did this study. So we were looking at those which we thought were worthy of attention. And then when, as you noted,  the programs that we looked at, I’ll just let you know which ones they are: Supplemental Nutrition Assistance Program, the Direct Loan Program Pell Grant Program, Children’s Health Insurance Program, Earned Income Tax Credit Program, Prosthetic and Sensory Aids Program that was in VA, and then the Old Age Survivors and Disability Insurance Program at SSA, and Supplemental Security Income Program at SSA.

Tom Temin: So we can throw VA and USDA in there. So they generally went along with your findings, though, correct?

Beryl Davis: That’s correct. Tom, the only agency that had a question and really did not concur with our findings was HHS and that had to do with the CHIP program. They felt that because CHIP is quite unique, you know, we’re relying to some extent on the the states to help us in implementing payment integrity there. They felt because the program was somewhat unique, it was perhaps operationally difficult to implement our recommendation.

Tom Temin: All right, so are you optimistic on this particular issue?

Beryl Davis: Well, you know, I am optimistic because I think in our first two audit objectives were to look, first of all, if they had good root causes, identify the root causes, and we found that agencies are doing that. Secondly, we wanted to see if they were linking those root causes to the corrective action plans. And we found that all agencies were doing that except for Treasury, and Treasury, again, the issue was the earned income tax credit program. And the data that they were using was dated back to 2006, 2008. So there was an issue there. There was an issue in USDA, because their program, the program that they were looking at SNAP program was, again, one of those federal state partnerships where they’re relying on the states. So with those exceptions we found that the agencies were, in fact, linking their root causes to their corrective action plans. Where the agencies really need to step it up is in the last area and that is taking their their corrective action plans, monitoring them and ensuring that in fact, yes, they are reducing improper payments.

Tom Temin: Beryl Davis, is Director of Financial Management and Assurance Issues at the Government Accountability Office. As always, thanks so much. 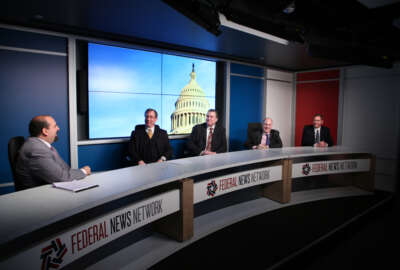 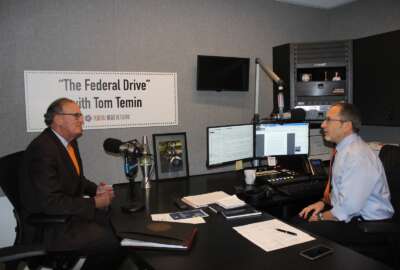 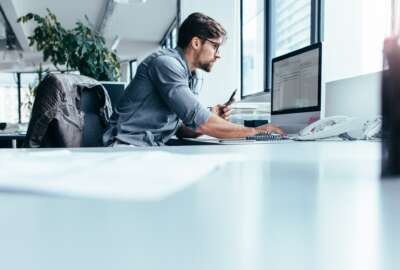