Members of Congress, wherever they might be, haven’t missed receiving a Congressional Record. Nor have executive branch agencies failed to receive the Federal Register. That’s all thanks to measures taken by the Government Publishing Office, which also has most of its people teleworking. For an update, Federal Drive with Tom Temin spoke with GPO’s director, Hugh Halpern.

Members of Congress, wherever they might be, haven’t missed receiving a Congressional Record. Nor have executive branch agencies failed to receive the Federal Register. That’s all thanks to measures taken by the Government Publishing Office, which also has most of its people teleworking. For an update, Federal Drive with Tom Temin spoke with GPO’s director, Hugh Halpern.

Tom Temin: Mr. Halpern Good to have you back.

Hugh Halpern: Good to talk to you, Tom.

Tom Temin: So give us the general state. You have most people teleworking but not everybody, and you yourself have a pretty heavy telework schedule.

Hugh Halpern: It’s kind of interesting, Tom. Unlike most federal agencies, GPO is actually a manufacturing operation. So we run a printing plant that produces the Congressional Record, the Federal Register, bills, hearings, reports for Congress, but we also run a line which produces passports and secure identification items, and all sorts of things like that. So going into the situation we’ve had to adjust a little bit differently than some of the other federal agencies. We have a significant number of our folks. teleworking, I’m teleworking, I’m talking to you from my basement. That’s where I meet with our executive team daily. And we’ve got all sorts of our GPO teammates, whether they’re in IT or human capital, or our design team, all of those folks are working from home. The folks who work on our passport line, unfortunately, aren’t working right at the moment. We’re lucky that we’ve got a big backlog or a big back stock of passports so we can continue to supply those to the State Department. And then we have another set of folks who are supporting the work of Congress, the work of the agencies through printing the Congressional Record and the Federal Register in plant now there are much smaller teams than what we normally use. But we’re still getting that work done. And I also don’t want to leave out our good customer service folks who are working from home too, supporting the federal agencies who are procuring, printing and other items through the numerous contract printing firms we use all across the country.

Tom Temin: And I guess it’s worth pointing out just to tell people that this is not a academic situation that’s causing this is that you did lose a contract guard at the GPO main headquarters.

Hugh Halpern: We did. This was actually a really tough weekend for the GPO family. We’ve got a mix of employees and contract employees but we’re really kind of one big family. And unfortunately over the weekend, we’ve learned that one of our contracts special police officers contracted coronavirus and COVID-19 and unfortunately, passed away as a result of the disease over the weekend. This was our first known infection among our folks since we’ve learned of one other, but we’re taking measures in terms of social distancing, and those kinds of things to try and really minimize the degree to which we’ve, we got further infections.

Tom Temin: And did you take any special measures in terms of cleaning out the entryways and so on? Because I think everyone passes through that little area where the guards are.

Hugh Halpern: Yeah, no, that’s true. This particular guard was at one of our other entrances, that’s not trafficed quite as heavily. But that said, one of the benefits of being a manufacturing operation is that we have really good industrial cleaning crews, and they were able to come in and clean all of the areas where this particular person was to the CDC standards using material recommended by them.

Tom Temin: With respect to the people that do need to be in there to operate the presses and the inkjet printers. I guess it takes fewer people than it used to, to operate the regular old fashioned presses. And you also have rearranged the schedules so that there’s lower person density in the buildings.

Hugh Halpern: Absolutely, Tom. We’re trying to do as many innovative things as we possibly can to minimize exposure, and to really put safety first for everyone who’s who’s working at GPO. So, for those folks who do have to come into the plant, what we’ve done is we’ve split folks into two teams. And so we will work one week with one team and the next week with another team. And that enables us to do two things. One is maintain some social distancing and two in the unfortunate circumstance that somebody does become infected, it doesn’t knock out the entire workforce. Second, we’ve got groups that are teleworking that have never teleworked before some of our congressional folks are working on that as well. And we’re really benefiting from some of the investments we’ve made in technology. When you came to visit us, we showed you our new inkjet presses or digital inkjet presses. And one of the benefits from those is it requires a lot fewer folks to manufacture the Congressional Record or the Federal Register. If we were doing this in an offset environment. It could be 25-30 people required to produce that document start to finish. With inkjet technology, we can do that with far fewer people, even as few as half a dozen.

Tom Temin: And you’re also finding ways to reach out with local school districts and printing materials for them. Tell us about that.

Hugh Halpern: As I mentioned earlier, we’ve got a very robust program where we procure printing for most of the federal government. And one of those programs is our GPO Express program. One of the things that we were able to do was make that program available to the District of Columbia. And through that, they were able to procure printing and get a lot of educational packets printed for the DC school system. So it’s easier for them to educate their kids during during this period where everybody everybody is at home learning.

Tom Temin: You mean an arm of Congress caused homework for all the kids in the district?

Hugh Halpern: I wouldn’t go that far. We didn’t assign the homework. We’re just making it easier for them to get their get their assignments done.

Tom Temin: I guess it is is easier for the teleworking and teleteaching teachers, if there are materials in the hands of the people at home trying to log on?

Hugh Halpern: Absolutely. You know, everybody’s working through this. Now it’s a different environment. My son 17. He’s a junior in Alexandria, TC Williams High School in Alexandria, and you know, he’s working online, mostly, but not everybody in the district can do that. And, you know, I think the district was looking for a, something that could supplement their online offerings. And luckily, GPO was in a position to be able to help them with that.

Tom Temin: And the last question, last I heard it was National Library week. And GPO is always heavily involved in that because of the depository activity that I guess still happens even in the digital age. How are you handling that?

Hugh Halpern: Absolutely. It is National Library week. I’ll be talking to our federal depository library Council. And our federal depository libraries are about 1100 libraries across the country, where we make sure that they’ve got the materials that the federal government produces so that they’re easy for folks to access, whether it’s physical volumes in a library, or it’s through our govinfo.gov online repository. And you know, our FDLP partners are really key to making sure that folks can access the information that GPO produces. On behalf of all of our federal customers. We’ll be talking about how we can be servicing those libraries a little bit better and how we can help them service the library patrons, who are ultimately the customers for the federal government, for federal government information.

Tom Temin: And I guess this is really off the wall, but it must be a question that comes up. Probably it does in every office and everyone who goes to the mailbox, but do we know whether coronavirus can live very long on paper?

Hugh Halpern: I’m gonna leave that to the scientists and the experts that the CDC. That said, my understanding is that by the time you get a Congressional Record or Federal Register, it’s probably gone through so many processes that it’s pretty safe.

Tom Temin: So go ahead and open it and read away.

Hugh Halpern: There you go.

Tom Temin: Hugh Halpern is director of the Government Publishing Office. Thanks so much. 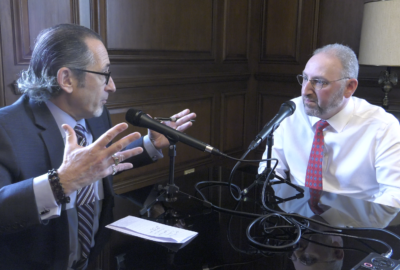 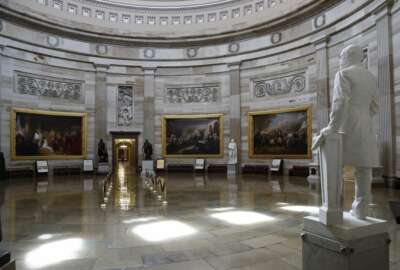 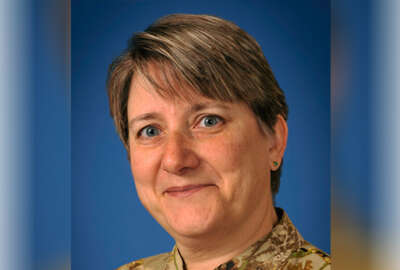