Cancelling a Pentagon lobbying rule before it gets started

A provision proposed for the 2021 National Defense Authorization bill would undo a 2018 law, having to do with when departing defense officials can support lobbying, and not just lobby, their former agency. One expert says this would gut ethics reforms the Pentagon has barely gotten around to enacting. From the Project on Government Oversight, military affairs...

A provision proposed for the 2021 National Defense Authorization bill would undo a 2018 law, having to do with when departing defense officials can support lobbying, and not just lobby, their former agency. One expert says this would gut ethics reforms the Pentagon has barely gotten around to enacting. From the Project on Government Oversight, military affairs analyst Mandy Smithberger spoke with Federal Drive with Tom Temin.

Tom Temin: Mandy, good to have you back.

Mandy Smithberger: Thank you so much for having me.

Tom Temin: So you’ve looked at this proposal that would not apply to lobbyists per-se, but people that do influence in other ways tell us about the provision, and then we’ll get into what the problems with it might be.

Mandy Smithberger: Absolutely. So I think first, it’s important to understand what reforms were put in place in the fiscal year 2018 defense uthorization bill by Senator McCain. So his provisions addressed a number of loopholes in current lobbying restrictions. One, with the loophole that you were only restricted for one or two years, depending on how senior you were, from lobbying people who were in your office or service, but that you could still lobby others in the Pentagon that you might have relationships with. The other significant loophole that he addressed is that a lot of lobbying and representational restrictions don’t address what is called, quote unquote, “behind the scenes work.” So unfortunately, a side effect of previous lobbying reforms is that a lot of people have just chosen not to register as a lobbyist. And so it doesn’t cover things like strategic consulting and a lot of things that most of us would consider to be a lobbying activity. And as a consequence, you know, people can become a lobbyist almost as soon as they leave government service,

Tom Temin: That is to say they could call themselves say, a business development person, for example.

Mandy Smithberger: Precisely. And so what the Department of Defense is proposing to do is one they want to revert back so that it’s less restrictive as to who people can go back and lobby for. And the other thing they would like to do is that they would like to go back to that narrower definition of what actually counts as lobbying activities. And so we think that this is going to, particularly at a time where the defense budget is as large as it is, when there are concerns about not enough competition, that this is going to lead to more cronyism, that this is going to be destructive to the integrity of how the Pentagon conducts its business.

Tom Temin: Let’s go back to the 2018 provisions. First, in the letter that you wrote to members of Congress, you state that the DoD hasn’t even implemented those yet. Tell us more about that.

Mandy Smithberger: We would like to see not only a rejection of the Pentagon’s proposal, but we would like to see those proposals be enhanced to have a longer cooling off period. As it is, with even one or two years, you really don’t have a sufficient cooling off to make sure that people aren’t trying to lobby their former subordinates.

Tom Temin: So under the McCain provisions they’ve expanded beyond merely the official person that calls themself a lobbyist, to all the people that could support lobbying, public relations and all that kind of stuff.

Mandy Smithberger: Precisely and I think it’s important to keep in mind that the current secretary of defense was a former Raytheon lobbyists. And during his confirmation hearing when he was asked whether he would make a commitment not to go back to working for the defense industry after his government service, that was not a commitment he would be willing to make. So unfortunately, this kind of proposal creates the appearance that these officials are thinking about how they can become influence peddlers down the line and trying to remove any restrictions on them being able to do that after their government service beyond what is in President Trump’s executive order.

Tom Temin: So what would a good system look like do you think to let people make a living, but yet not have too much undue influence among friends that are people that have just left the Pentagon?

Mandy Smithberger: So we think a good system would have something closer to a three year or five year cooling off period to begin with. And I think what’s also important to look at is we did a report called brass parachutes, where we looked at what our defense contractors hiring former senior government officials to do. We looked at the top 20 contractors identified over 600, almost 650 instances, of former senior government officials and congressional staff who had been hired. 90% of them are being hired to become lobbyists. So it’s clear that they’re not being hired for what they know so much as who they know. And we think that by extending those cooling off periods, it still allows people to have a number of, you know, good jobs afterwards, but make sure that they’re not just using that to have undue influence over our government.

Mandy Smithberger: We have not received much in the way of reactions thus far officially. I know that there have been a number of members of the committee who have expressed concerned that this is a detrimental step backwards. Senator Warren and Representative Jackie Speier both have legislation that is designed to strengthen revolving door laws. So I think there is some significant opposition to this, but we are concerned that this could end up in the bill.

Tom Temin: And who else besides POGO has joined in on this because you do mention a lot of groups have gotten on to this particular issue.

Mandy Smithberger: There are groups across the political spectrum who are opposed to the Department of Defense’s proposal that includes the Liberty Coalition, Women’s Action for a New Direction. Citizens for Responsibility and Ethics in Washington. Public Citizen. Open the Government. Win Without War, and Vote Vets and the Quincy Institute have also signed on and said that they don’t think that this is the right direction for us to make sure that we have a pentagon that operates with integrity.

Tom Temin: Mandy Smithberger directs the Straus Military Reform Project at the Project on Government Oversight. Thanks so much for joining me today.

Mandy Smithberger: Thank you for having me. 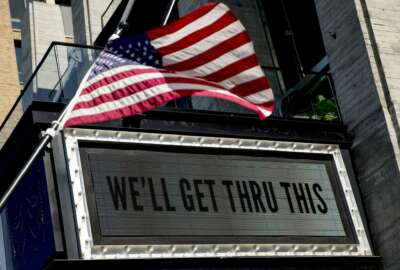 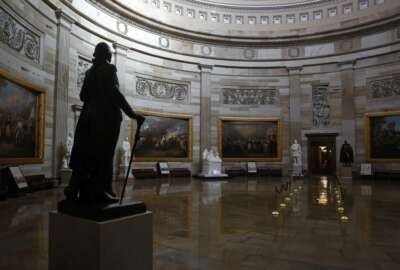