A review into ‘SharpieGate’ shows violation of scientific integrity policy

Tom Temin: Terry, this was highly political, I guess because for whatever reason, weather, climate, effects on different zones of the country, whether they’re blue or red and all of this — so the President had marked up a map with a flare or some kind of a magic marker. Anyway, what was NAPA called on to do here and who called on them to do it?

Terry Gerton: Good morning, Tom. It’s great to be with you. I think the really important thing here is the issue of scientific integrity, right? You want people who may be impacted by significant weather events to trust the weather advice that they’re given from the professionals. And so in this particular case, there was a question inside NOAA about whether or not they complied with their own scientific integrity policy. And so in order to sort of sort that out in the situation that you just described, they reached out to the National Academy. And I think there’s two reasons that really we would have come to mind for that. One is our congressional charter that particularly charges us to provide the best nonpartisan advice to government agencies. And the second is that we just have this really well earned reputation for comprehensive objective fact based analysis. And so NOAA decided that in order to sort of navigate the path through the investigation, they needed an outside agency with those characteristics. So they came to us.

Tom Temin: So it was NOAA, but the National Weather Service is part of NOAA. So how did that all work? Who was your higher level up was your actual client?

Terry Gerton: We were approached by the scientific integrity officer at NOAA to do the investigation, and our focus was entirely within NOAA on what happened and how the communications were managed. We were specifically not looking at anything that might have happened at levels outside the National Oceanic and Atmospheric Administration.

Tom Temin: And what specifically did happen did you find out? What was the actions taken between NOAA and the National Weather Service that resulted in that presentation?

Terry Gerton: We were specifically asked to determine if NOAA personnel who were involved with the development and the issuance of the NOAA tweet on September 6 related to whether or not Hurricane Dorian would impact Alabama, whether that violated NOAA scientific integrity policy. And so to do that, we talked with folks at all the different levels of NOAA, we reviewed their own investigations and documentations. We conducted a number of additional interviews and we also talked to subject matter experts about leading practices related to the best policies for communicating weather events so that you can build confidence in the in the folks who are in the affected areas. So a very comprehensive investigation, and at the end of it, we had three allegations of violations to consider — and we found that in two of the three cases that NOAA personnel did in fact violate that scientific integrity policy.

Tom Temin: The NOAA personnel were career or politically appointed?

Terry Gerton: They were political appointees.

Tom Temin: What did they specifically do?

Terry Gerton: They basically should have gone back to the scientists at the Birmingham Weather Station with the official statement to confirm that it was consistent with scientific data, and they didn’t do that.

Tom Temin: Got it. And how did you choose the people that had to do this task?

Terry Gerton: Well, you know Tom, all of our fellows are amazing. But in this case, we pulled together four fellows who were experts in applying scientific integrity policies in a variety of circumstances. Some from the academic research world, some from medical research, some from basic science, and one from really complex leadership at the federal interagency level. So they had all had their own deep personal expertise in scientific integrity policies, and I think their professional experience was really key and gave NOAA the confidence that it needed to act on our recommendations.

Tom Temin: What were the specific recommendations they came up with?

Terry Gerton: There were nearly 10 in separate categories, but they had a lot to do with NOAA needing to go in and strengthen their own policies, make better connections, provide better safeguards. So there’s a whole list now steps that NOAA one can take to improve how they communicate internally in these kinds of crisis events and how they communicate externally.

Tom Temin: Because there’s another element here. The perception in the press and in the world at large from what the press reported is that there was ultimately White House interference acting through the people appointed at NOAA. And that’s kind of a situation where in general I think NAPA and the non partisan groups would rather just stay away from regardless of which direction — left, right, up, down, blue, red — that this is all coming from. And so how did the officials at NOAA then take the advice? Did they accept what you recommended?

Terry Gerton: The deciding officials report which was released last week fully accepted all of our findings and recommendations. And then just earlier this week, you saw the Department of Commerce IG release their at least summary report, we haven’t seen the full report. And so we’re very comfortable in the fact that they found all of our findings and recommendations viable. Of course, what action they take on those is up to them. We don’t have any sort of enforcement responsibility there. But we feel very confident that the conversation will continue.

Tom Temin: Is it unusual for NAPA to have been pulled into something that looks so political as opposed to, you’ve done investigations of agencies that have systemic issues that develop over years sometimes, and not for any political bent, but just because of mismanagement or in attention to the mission and so forth. Veterans Affairs, different areas there I can think of and agencies like that.

Terry Gerton: More and more, the academy is being asked to provide these objective assessments on a variety of public administration questions that could potentially have political overtones. Last year we did an assessment at the direction of Congress for example of whether they should reestablish the Office of Technical Assessment. Now it had very clear political agendas behind it, but our recommendation was really straight down the middle. Last year’s NDAA, Congress asked us to do an assessment of the Office of Personnel Management and whether they were properly structured and resourced for their mission. And we’re currently engaged in another congressionally directed study to determine which federal agency is best situated to manage commercial space assets. So on the one hand, these are straight up public administration questions. But on the other hand, every one of them has potential political impact. So I’m actually really encouraged that Congress and the agencies are turning to us as an objective, trustworthy source of non partisan advice. What political actions they take on our advice after that is up to them but we feel really good about being called on in these situations.

Tom Temin: (Jokingly) So in other words, you’re working around third rails but your people have pretty heavy gloves on — just stay away from that part of it.

Tom Temin: Terry Gerton is president of the National Academy of Public Administration. As always, thanks so much. 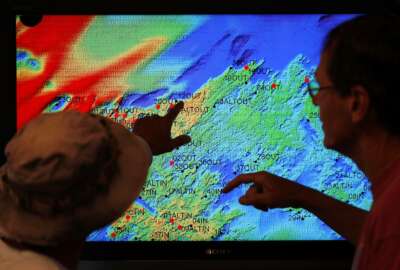 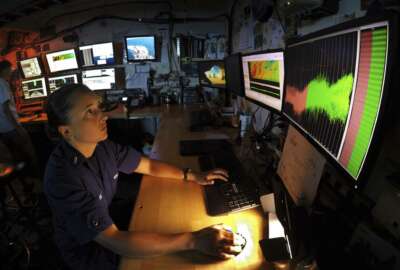 NOAA’s next generation of network infrastructure