How far do clean energy companies go after getting help from ARPA-E?

The Advanced Research Projects Agency Energy, known as ARPA-E, has a good track record of investing in new, clean energy companies. If your measure is patentable innovation, that is. But not all those companies survive commercially. That’s the chief finding of a detailed academic study of ARPA-E’s investment record. With more, co-author and senior research fellow at...

The Advanced Research Projects Agency Energy, known as ARPA-E, has a good track record of investing in new, clean energy companies. If your measure is patentable innovation, that is. But not all those companies survive commercially. That’s the chief finding of a detailed academic study of ARPA-E’s investment record. With more, co-author and senior research fellow at the University of Massachusetts, Dr. Anna Goldstein joined Federal Drive with Tom Temin.

Tom Temin: Dr. Goldstein, good to have you on.

Dr. Anna Goldstein: Hi, Tom. Thanks for having me.

Tom Temin: So what is it you were looking for here? What prompted the study of ARPA-E investments in clean energy companies?

Dr. Anna Goldstein: Well, clean energy startups in particular, are a really hot topic, but they’re different from other types of startups and so we thought that was important to dig into. So people typically think of the Silicon Valley model where you have a big tech company that started with an idea raised a bunch of venture capital, and then ends up disrupting the status quo, right. But what we’ve learned over the past 15 years is that the situation is very different for clean tech companies. For one thing, they’re offering solutions to environmental problems, which is incredibly important to society, but is not necessarily valued by the private market. So investors may not expect to see very high returns. And then on the other hand, for clean energy, in particular, we’re talking about hardware innovation. So that means high capital expenses, and long development timelines, these companies can’t just launch a new app and start turning a profit, they actually need a lot of money to even set up shop in the first place.

Tom Temin: Sure. And you coined the word here, clean tech, just give us an example of what might be a clean tech company.

Dr. Anna Goldstein: Yeah, so we look at companies basically, across all sectors, not just energy, but also agriculture, water, remediating air pollution, anything where they market themselves as a solution to an environmental problem.

Tom Temin: And then part of the qualities of these ARPA-E investments you measured was innovation and define that for us.

Dr. Anna Goldstein: Measuring innovation is really difficult, especially at these early stages where somebody is making progress, but you don’t see those lower costs or new products coming out right away. So we use patenting as a proxy measure. Basically, we know that the goal of research is not to make patents, it’s to create new knowledge. But some of that knowledge does get filed as patents. And so since patents are public information, we can use that to track those knowledge and learning outcomes.

Tom Temin: The patenting process unfortunately, is still pretty lengthy. So it must have been a difficult situation to see all the patents that came through, when they finally did come through, sometimes it takes years.

Dr. Anna Goldstein: It does take years, right. So we looked at the years following the company’s ARPA-E award. But we had to cut it off, actually, several years before we started looking, because there’s such a lag in seeing those outcomes.

Tom Temin: But you could look at applications at least.

Dr. Anna Goldstein: Sure. But you never know if those applications will turn into anything, it’s a safer bet to look at what actually gets granted.

Tom Temin: Okay. And the other measure that you looked at is getting past the so called valley of death for startups where they get funded, and then they don’t sustain themselves commercially over the long term. And how did you define that for purposes of the study?

Dr. Anna Goldstein: Yeah, we looked at a few different business outcomes. On the one hand is venture capital funding, but not every company pursues venture capital. And so there are other metrics in the mix. You can look at whether they went public, whether they were acquired, and then also just did they stick around. So we check whether the company still existed nine or ten years later.

Tom Temin: What did you find? How good is ARPA-E at picking innovative winners? Let’s go there first.

Dr. Anna Goldstein: Sure. We looked at companies that got ARPA-E funding in 2010, which was actually the first year that the agency existed. And we found that they’re patenting at twice the rate of similar clean tech companies in the years following that award. So we accounted for a few factors that influenced patenting like the type of technology, the age of the company, what they had accomplished actually before their ARPA-E award began. And still across the board, we found this 2x multiplier basically on patenting output.

Tom Temin: And what about the sustainability of them as commercial entities.

Dr. Anna Goldstein: So here is where I was actually surprised by the results because what I expected was a company with more patents should do better at attracting private investment. That’s how it works in a lot of sectors. And so that should mean they’re more or less likely to survive as a company. But we didn’t actually find that. So the ARPA-E funded companies did not raise significantly more venture capital than others, despite their success on the innovation side. So I see that as evidence of the major hurdles that still exists for these companies, even when they have a promising technology.

Tom Temin: So I guess the problem could be then that yes it’s a great investment that results in a patentable innovation — but if it doesn’t have commercial success, does ARPA-E investments, are they actually benefiting the energy economy and the economy if they are stillborn companies, so to speak?

Dr. Anna Goldstein: Yeah, well, I would say lots of startups are going to fail. That’s totally appropriate. Even for clean tech, right. The goal is not for every startup to succeed. But what you would want to see is that these companies that have a really good idea, and that have potential at fielding some groundbreaking new technology, would be able to survive long enough to see that technology get picked up, and not, for example, go under simply because their ARPA-E award was only three years long, and they needed five years.

Tom Temin: But on the other hand, the patent, the existence of the patent, that is an asset that’s tangible, and perhaps could be picked up by an established company with the right licensing fees, or whatever — and then it could get developed into a commercial technology that way.

Dr. Anna Goldstein: That’s true. And you see these stories of one company going under, and then a new company gets founded by the same people with basically the same idea. And there’s all sorts of mixing and shifting that happens in this ecosystem. So we’re not able to fully capture that in terms of the quantitative research. But you’re absolutely right. The idea is, once they’re out there, they don’t necessarily die with the company.

Tom Temin: So is your conclusion that ARPA-E is making good investments, because they do have twice the patent rate in the places they do invest. And really, that’s as far as they should go programmatically.

Dr. Anna Goldstein: I do think they’re making good investments. And I think they’re going about it in an effective way. We can’t tell exactly whether it’s the choosing of the strong companies, or the actual support that ARPA-E gives. they’re giving a large grant, they’re giving mentoring and connections throughout the industry. So there are lots of possible ways this effect could come about. But I definitely think it’s a good sign for the agency because what they were meant to do was advanced clean energy technology.

Tom Temin: Sure. And any conclusions otherwise, that you came to?

Dr. Anna Goldstein: Yeah, I mentioned that startups are going to fail. And that’s all well, and good, because some of them won’t. But I think in clean tech, again, I come back to the idea that it’s different than for other sectors, because we don’t have time to just wait and let the market sort itself out. When we’re talking about climate solutions. It’s actually incredibly urgent that more of these innovators can get out there and not just compete, but actually win and get these new technologies into the world as quickly as possible. So I would say our study demonstrates the need for even more say, more ARPA-E programs like what they’re starting now with a scale up program that helps previous awardees to carry on further toward commercialization, more coordination with other agencies and national labs, so that you can continue R&D and demonstration as these technologies mature.

Tom Temin: Or somehow getting the ideas before those with established capital and established markets. And if they believe that there’s a market opportunity and not just a world saving idealistic opportunity, then it could happen.

Dr. Anna Goldstein: Right coordination with industry is absolutely part of it, and just supporting these ideas for as long as is needed until they’re commercially ready. And so that investment opportunity does appear lucrative so that they have a fair shot at really doing something disruptive.

Tom Temin: What will you study next?

Dr. Anna Goldstein: Well, I’ll keep studying ARPA-E, of course, because they keep doing new and exciting things. And over the long term, we may see some of these companies that started with a handful of patents that go on to do something really tangible and groundbreaking in energy technology markets. So we want to be able to trace those and remember where they started.

Tom Temin: Dr. Anna Goldstein is Senior Research Fellow with the University of Massachusetts and coauthor of a piece published in Nature that we’ve discussed. Thanks so much for joining me.

Dr. Anna Goldstein: Thank you, Tom. It was a pleasure. 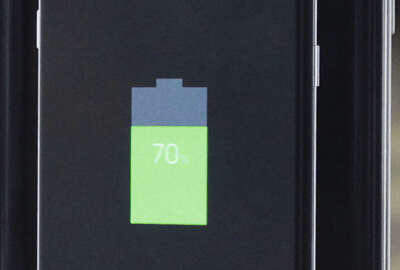 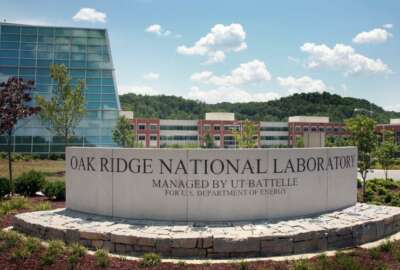 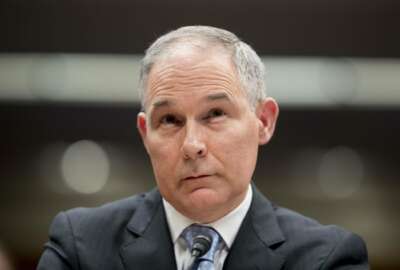