Census Bureau officials have compressed the 2020 census timeline as much as possible to deliver apportionment data to Congress and the president by the end of the year, but haven’t committed to meeting that statutory deadline if the accuracy of the data isn’t sufficient.

Al Fontenot, the associate director for decennial operations, said Wednesday that the bureau has committed to delivering the apportionment data as close to the Dec. 31 deadline as possible, but has...

Census Bureau officials have compressed the 2020 census timeline as much as possible to deliver apportionment data to Congress and the president by the end of the year, but haven’t committed to meeting that statutory deadline if the accuracy of the data isn’t sufficient.

Al Fontenot, the associate director for decennial operations, said Wednesday that the bureau has committed to delivering the apportionment data as close to the Dec. 31 deadline as possible, but has not established a “hard stop,” giving the bureau the flexibility it needs to meet standards for data quality.

“It is our plan right now that if we need more time to fix a problem that comes up, that would impact the quality of the census, we’re taking it,” Fontenot said in a call with reporters.

If the bureau needs more time to complete data processing, Fontenot said that he, along with an executive guidance group of career employees that reports to him and Deputy Director Ron Jarmin, another career employee, would make the determination.

To expedite data processing, the bureau has eliminated a secondary check of its Master Address File, but other steps will happen in a shorter window of time. However, Fontenot said the bureau’s faster computing power, compared to the previous decennial count, will help mitigate the compressed timeline.

“Does this have risk? Yes, it probably has some risk because it assumes that reasonably smooth sequence of processing events will occur. If they are not reasonably smooth, they will require us to take additional time,” Fontenot said.

Computing resources for data processing are running around the clock and are staffed seven days a week.

Fontenot said the bureau is focusing exclusively on processing data for apportionment and has held off on the data-crunching for redistricting.

“That’s a chunk of time, because you’re dealing with making sure that the information is correct in 50 buckets when you’re doing apportionment. When you’re doing redistricting, it has to be correct in every congressional district and by every census block. It’s much more complex and takes time,” he said.

The Census Bureau completed field operations on Oct. 15 following a Supreme Court ruling that overturned a federal judge’s order to keep enumerators knocking on doors through the end of the month.

When the coronavirus pandemic put census field operations on hold, the Trump administration sought a four-month extension for key decennial deadlines, including the apportionment deadline.

After Congress failed to pass legislation that would extend the census timeline, the administration scrapped that plan and ordered the bureau to come up with a way to meet the statutory deadlines.

Fontenot said quality control processes analyzed the incoming data in real time and sent enumerators back to households in cases where there were data inconsistencies.

If enumerators didn’t get a response from a household after three visits, Fontenot said enumerators attempted to get a “proxy response” from sources such as landlords, neighbors or mail carriers.

If that failed, Fontenot said the bureau would rely on administrative records from other federal agencies, including the IRS and the Centers for Medicare and Medicaid Services.

Despite challenges in field operations, Olson said the bureau recruited more than 3 million applicants for temporary census jobs and hired more than 528,000 employees.

“Conducting this census with all of its compounding complications has been, without question, the greatest challenge any of us who manages census has ever encountered in our lives,” Olson said. “And yet, we became incredibly agile in our plan. 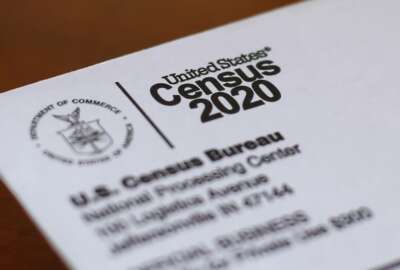 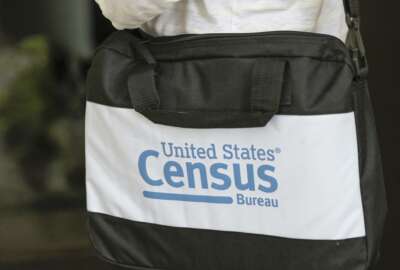