Like the Department of Veterans Affairs, the Indian Health Service – part of the Interior Department – operates a nationwide network of health care facilities. Now an audit by the Government Accountability Office has found some gaps in the oversight of the spending and operations of IHS facilities. Director in the health care team at the GAO,...

Like the Department of Veterans Affairs, the Indian Health Service – part of the Interior Department – operates a nationwide network of health care facilities. Now an audit by the Government Accountability Office has found some gaps in the oversight of the spending and operations of IHS facilities. Director in the health care team at the GAO, Jessica Farb, had the findings on Federal Drive with Tom Temin.

Tom Temin: Ms. Farb, good to have you on.

Jessica Farb: Thanks for having me Tom.

Tom Temin: So what prompted this look by GAO into the IHS, I guess specifically, how well headquarters is able to oversee what’s going on at all these far flung facilities?

Jessica Farb: I’d say the reason is twofold. As you’re probably aware, in 2017, GAO added federal management of programs that serve Indian tribes and their members, including the Indian Health Service, to our high risk list. And this was in part because we observed over a number of years across many reports that there was inadequate oversight that was hindering IHS’ ability to ensure that Indian communities are getting timely access to quality health care. In addition, we’ve been focused on the potential for mismanagement at IHS given the decentralized nature of the health care system as you referred to. And then the second reason is, in September 2019, we issued a report where we looked at how the Affordable Care Act’s expansion of Medicaid and the creation of other health insurance options resulted in increased coverage among the American Indian Alaskan Native population. And what we found is it went from 64% of IHS patients reporting that they had additional coverage in 2013 to 78% in 2018. And this is a bit of good news, because this allowed both the tribally run facilities as well as the federally run facilities that tend to be our focus to increase what we call third party collections. So they were able to increase the revenue that was available to them above and beyond their annual appropriations. And we found in that report that the increase was about 51%, going from about 700 million in 2013 to over a billion dollars in 2018. And just for context, IHS appropriations in 2018 was about 5.5 billion, so they had an additional billion dollars to work with that year.

Jessica Farb: That’s correct, those are the two areas we focused on in this report was looking at oversight of funding decisions and proposed expenditures for the facilities as well as reviewing of the scope of services that facilities are providing.

Tom Temin: Alright. And what did you find about the structure of the oversight that the IHS has and what gaps there might have been in the oversight?

Jessica Farb: As I alluded to earlier, IHS has adopted a practice of delegating decisions to the lowest level possible in their system, which doesn’t help to ensure that decisions meet local needs. And while some oversight functions are still performed by IHS headquarters, generally the oversight of the facilities is left to the area offices where they review each facility’s scope of service and proposed expenditures. For context, there’s 12 area offices within the IHS system. 10 of these areas have federally operated facilities located within them, the Alaska area and Tucson do not have federally operated facilities. But what we found is that the oversight is lacking consistency. In particular, we talked to nine area offices, these area offices have two or more federally operated facilities that they run. And they told us that they all periodically review the scope of services they provide to make sure that the current level service can be maintained with the resources they have and that they’re meeting patient needs. However, the frequency of these reviews varied widely, we found that some cases they did the monthly and some area offices do them every three years. And they also use a variety of approaches from doing really formal assessments to really informal data analysis. What was really striking was that none of the officials we talked to reported systematically reviewing the extent to which their facility services were meeting the local needs. One way this can be done, it’s commonly done in the health care system more broadly, is to use a Community Health Needs Assessment, which involves systematic collection analysis of data, getting local input from the community, and assessing resources to meet those needs. And using that as a baseline to determine progress toward meeting health improvement goals. They’re commonly done throughout the health system, as I mentioned, in particular, nonprofit hospitals across the United States as a result of their tax exempt status are required to do them every three years.

Tom Temin: And so this kind of, I wouldn’t say lacks, but inconsistent oversight, both within a region and from region to region. Is your sense that this affects the financial propriety of what’s going on at the facilities and also the health care delivery that goes on at the edges of the whole network?

Jessica Farb: I wouldn’t say it affects the financial propriety but it does sort of create problems in terms of the concerns we’ve expressed in the past as well as others about whether or not facilities have enough resources. To meet the greatest needs of their population. And so without having systematic sort of processes in place to review, the use of funds and the proposal for funds, then IHS has no way of ensuring that they are reasonably meeting those needs and using these limited resources in the best way possible. So we didn’t find improper use of funds. But what we did find was that essentially, the facilities could make decisions with really robust kind of oversight. In some cases, one of the areas we talked to told us that when they look at facilities proposed expenditures, their main focus is just making sure that the funds are available. So they don’t document the decision making. They don’t have any analysis behind that decision. They just say the funds are available, so we will approve this investment. So having that much of a range across what is a very vulnerable population in terms of their health system is probably not a good idea to not have consistent oversight that allows the agency to ensure, as I mentioned, that they’re meeting the greatest need.

Tom Temin: And the Indian Health System did have a pretty bad scandal over the past couple of years regarding a long term serving physician who ended up being found to be a child molester, and was moved from place to place. Would that kind of issue tend to fall between the cracks without robust oversight?

Jessica Farb: Yes, and actually, we have ongoing work looking not at that specific incident, but at the specific policies and procedures in place, again, looking at federally operated facilities oversight, and how they’re making sure that training is occurring, that the mechanisms are in place to report these types of incidents. So it’s sort of a common theme that we’ve observed over the years, as I mentioned, from the start, that the oversight of federally operated facilities has been inconsistent, and in some cases has hindered IHS’ ability to deliver care.

Tom Temin: Now, in this particular report, you had quite a number of recommendations, just briefly review the top line for us.

Jessica Farb: Sure. So our two recommendations to the director of IHS were to develop processes to ensure that there’s systematic review of the scope of services that are provided, as well as a guide for area offices to review the health care facilities spending proposals, both before they’re approved, and after they’re implemented.

Tom Temin: And what was the reaction of the agency? Did they go along with you?

Jessica Farb: Yeah, so the agency concurred with both recommendations, and they actually elaborated on the number of steps that IHS would take to implement these recommendations such as determining best practices to assess patient population needs, and implementing a process to create consistency that we weren’t seeing in the reviews of proposed spending in the area offices. They also did note their commitment to strengthening the Oversight and Accountability across these facilities and acknowledged as we observe that IHS must rigorously manage their resources that are quite limited to best meet the needs of the population they serve.

Tom Temin: I’d say it’s a big lesson learned then is that even if you diffuse that oversight to regional offices, and lots of agencies have regional setups, and local setups and a headquarters, that headquarters is not absolved from staying involved in making sure that those to whom they delegate responsibility to the mark.

Jessica Farb: Yeah, that’s correct. We see that in other parts of the healthcare system in particular. As you mentioned at the top, VA has separate entities that are regional that do oversight, but VA itself needs at the headquarters level needs to make sure they’re doing oversight. And the same is for IHS, a much smaller system, obviously. But given their limited resources and again, the vulnerability of the population, it’s really important for headquarters to be very aware of what’s going on in the facilities while still maintaining the ability to meet local population needs and culturally sensitive to various tribal organizations and historic norms that have been part of that care.

Tom Temin: Jessica Farb is director in the health care team at the Government Accountability Office. Thanks so much for joining me.

Jessica Farb: Thanks Tom for having me and for focusing on this important report. 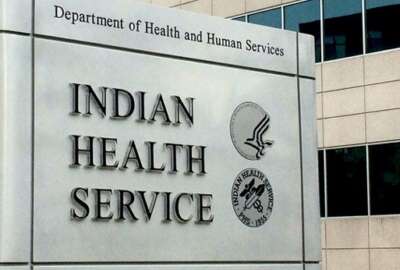 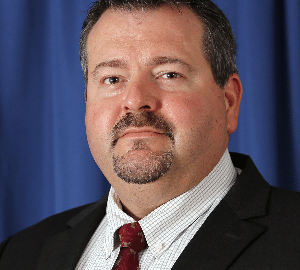