Behind the forced labor responsible for palm oil

Girl Scout cookies have it. So do many crackers and breads. Lipstick, shampoo and soap use it. It’s even in peanut butter. But much of the world’s palm oil comes from foreign producers that used forced labor. That’s why the Department of Homeland Security banned palm oil and palm oil products from certain companies. For how they...

Girl Scout cookies have it. So do many crackers and breads. Lipstick, shampoo and soap use it. It’s even in peanut butter. But much of the world’s palm oil comes from foreign producers that used forced labor. That’s why the Department of Homeland Security banned palm oil and palm oil products from certain companies. For how they discover forced labor situations and the process for detaining a wide range of prohibited products, Federal Drive with Tom Temin turned to the Executive Assistant Commissioner for the Office of Trade, at U.S. Customs and Border Protection, Brenda Smith.

Tom Temin: Ms. Smith, good to have you on.

Brenda Smith: Thanks for having me.

Tom Temin: And your office has been pretty busy lately, because also cotton from certain regions of China, palm oil. Tell us the background for all of this type of work.

Brenda Smith: It has been a busy time, Tom, we have had a great deal of activity issuing what are known as withhold release orders, it’s basically a technical term for direction to our ports of entry that ask them to identify and to hold or detain, a shipment that we believe may be produced using forced labor. As you mentioned, we’ve been really busy lately, we’ve issued these orders on palm oil, on cotton, and over the years on a number of other agricultural and mind products.

Tom Temin: And CBP can do this on its own, you don’t need sanctions, say from the State Department or Treasury or anyone else?

Brenda Smith: We have had the authority to detain goods that that we suspect had been made with forced labor actually, since the early 1930s. So it’s been a long standing authority. But really just in the last five years or so when our congressional stakeholders as well as our private sector stakeholders have indicated a significant interest in ensuring that US businesses face a level playing field economically and US consumers really know where their goods are coming from and do not have to use goods made with forced labor, have we really been supported in using that authority. And so typically, what we do is gain information from just the the types of agencies that you just mentioned, the State Department, the Treasury Department and the Department of Labor that do quite a bit of research on forced labor risks and conditions around the world. And we use their information and combine it with additional information, sometimes in a better environment through field visits, at other times through investigative reporting, or think tank research, to build a case around the conditions that exist, and we are then able to base our order on that case.

Tom Temin: And do you ever get whistleblowers that might raise that issue to someone in CBP, say hey this container has got tainted whatever the material might be?

Brenda Smith: We do. In fact, we have really two types of whistleblowers. The first kind is employees of businesses that are not doing the right thing and they feel compelled having observed conditions that close hand to gather evidence, sometimes it’s documentary, sometimes it’s with witness testimony, to be able to outline the conditions that exist in their particular place of employment. The other type of whistleblower, frankly, is the industry itself. And what we have found not only with labor issues, but also a number of other trade compliance issues, is that companies know their business. And so they know when conditions are not right, or when prices are too low. And very often through our relationships with the private sector, we are able to learn of either specific areas or specific entities that are violating the law.

Tom Temin: And are the materials that are detained mostly commodities like palm oil or cotton, or does it sometimes involve manufactured products?

Brenda Smith: It really is both. And in fact, our authority requires us to detain and then exclude goods made wholly or in part, and that’s what the statute says. And so that allows us not only to look at those those basic commodities, the agricultural products or the things that have been mined like cobalt or gold, but also requires not only CBP but also importing community to know their supply chain. And so if, for example, cotton that is grown using labor is made into thread, which is then made into a fabric and turned into a pair of blue jeans, those blue jeans cannot be brought into the United States. And well, that’s a very complex challenge for for all of us to be able to identify all those supply chain linkages. It is a way that we can really send a message that forced labor is unacceptable.

Tom Temin: And how do you go about verifying, say there’s a specific shipment coming say from Uyghur region of China, the Uyghurs that might have been forced into picking the cotton and so forth, processing the cotton. And then having seen a shipping container port with thousand and thousands of these big boxes, what happens to enable you to verify what’s in there and where it came from?

Brenda Smith: Well, that is one of our biggest challenges. But typically what we start with his information and data, you may know that that Customs and Border Protection collects a pretty significant amount of data about each shipment that comes into the United States. Its importer, what port of entry it came through, who the manufacturer was. And then through our analytical tools, we are often able to make the connection between that importer and manufacturer to a specific farm or a specific region of a country. And we are also able to leverage other government information, as well as financial information about the entities, the corporate entities that are manufacturing or growing these goods. And so it’s a very complex investigation of those connections. But that’s what we do we make those linkages.

Brenda Smith: That’s right, we work very closely with our colleagues at Homeland Security Investigations. And in fact, they have a complimentary authority that allows them to investigate criminal activity related to forced labor. And so very often we share information about our cases and our investigations. And we coordinate and very often take action in a collaborative fashion, to both gather information, take civil action, issue penalties, seize the goods that are coming in that have been made with forced labor, and then in an ideal world be able to take action from a criminal perspective with criminal penalties.

Tom Temin: And what about the possible or potential, or I should say intended recipient of these materials — how do you determine whether they were knowingly buying materials produced by forced labor, or whether they were just the innocent bystander here, not knowing the suppliers situation?

Brenda Smith: So that is exactly what our investigations look to identify. And we go through a lot of documents, we take a lot of testimony to try to get at intent. We also marry that up with a great deal of communication and outreach so that the various parts of the supply chain, the importers, the manufacturers, and especially the US consumers, are well aware what the responsibility is to ensure that forced labor isn’t used at any level throughout their supply chain. This is not so different from the expectation related to not only other trade compliance issues, but also things like our responsibilities associated with anti terrorism, right. For many years, we’ve talked in the trade world about materials that could come in in those containers, and our expectation is that our private sector partners will know what’s in that box and where it’s coming from.

Brenda Smith: So it depends at which point, both CBP and the importer will take action. Very often, when CBP issues its withhold release order, that is sort of the first notice that private sector entity has that we have a concern. Very often while they are addressing that concern through conversation and information sharing with us, they will actually re-export the goods, send them to somewhere else while they straighten this out with the United States. As you may know, the US is the only country with a customs administration authority to take this sort of action on forced labor. Other countries like Australia and the UK are more private sector focused and private sector certification focused, so very often those goods will be sent somewhere else. In instances where we have already done a pretty thorough investigation, and we have detain the goods, we can then either seize the goods, in which case, we would then just destroy them, or further allow the re-export through a process known as exclusion.

Tom Temin: Got it. Well, anything else we need to know about this process?

Brenda Smith: It’s a really good area, I think, for us to be involved in because of our opportunity, really, to support US businesses that are trying to be competitive and don’t use forced labor. But we also want to be sure that consumers, US consumers, are part of the solution. Asking questions about where your goods come from. Doing a bit of research before you make your purchases about what are the conditions behind? So many of us have just finished a lot of holiday shopping. And I know that many of us bought goods that are using materials that we have flagged as high risk of using forced labor, cotton, for example, is really pretty much woven through so much of what we wear and what we use in our homes. But we really want you as consumers to to ask those questions. I also want to flag for you that January is a pretty special month for us. It is the National Slavery and Human Trafficking Prevention Month. And we’d like to take advantage of the opportunity really, for people to educate themselves around the challenge of forced labor and its really horrific impacts. There’s been a lot of great press around the impact on individuals that are forced to work in conditions that they don’t have a freedom of moving, passports are held, they enter into a great deal of debt and then can’t get out of it. And it’s something none of us would want to support or condone, as we make our purchases. And so we’d really encourage people to use this month to educate themselves a bit on sites like the International Labor Organization. And we particularly want to call out January 11, as wear blue day just as a reminder that these these conditions exist, but that we can do something about it.

Tom Temin: Brenda Smith is executive assistant commissioner for the Office of Trade at US Customs and Border Protection. Thanks so much for joining me.

Brenda Smith: It was a pleasure. Thanks so much. 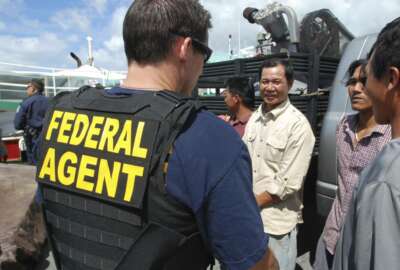 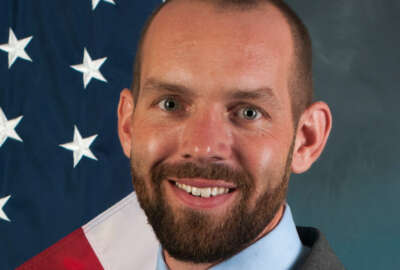