Back in 2016, the Department of Homeland Security was on the case against violent extremism. In fact, it handed out 26 grants totaling $10 million to state and local governments under a program called Combatting Violent Extremists. But the department failed to document the criteria for the awards. For the details, the Director of Homeland Security and Justice issues at the Government Accountability Office, Triana McNeil joined Federal Drive with Tom Temin.

Tom Temin: Ms. McNeil, good to have you back.

Triana McNeil: Oh, thank you, thank you Tom. Pleasure to be here.

Tom Temin: And this is a fairly small potatoes program, but it’s the kind of thing you would want to watch for in any grant program, whether it’s a billion dollars or 10 million. So what is it they fail to do precisely here?

Triana McNeil: So we looked at three issues with this grant program. The first issue was how they announced, reviewed and awarded CVE grants, and CVE grants are countering violent extremism grants. Those are grants focused and targeted on prevention and intervention. When you see for example, at risk youth going on a path toward violent extremism, that’s what these grants are about. So they’re very important. And we looked at how they put their announcement together to call for applicants to apply for these grant funds. And we found that in putting their announcement together, they did follow OMB uniform guidance. They were very clear about what the program’s priorities were, they were clear about the eligibility criteria, they were very clear about how they were going to review and select grantee applications. And so in January 2017, the administration selected 31 grantees for these grants. Now, when the new administration came in a few weeks later, they paused that, and the issue that we raised, they added additional selection criteria for this program. And they did not amend the announcement. Nor did they put an addendum attached to it publicly so that applicants would understand these new selection criteria that they were prioritizing, and potentially revise their applications to clarify how their program would meet those criteria.

Tom Temin: Yeah, that’s pretty much a no-no both in procurement and grant systems, changing the rules midway, and not letting everyone know, and having a chance to revise. Fair to say?

Triana McNeil: Well, what I would say, the 31 initial grantees that wasn’t binding. They did not publicly announce that they had selected those 31. And so the DHS secretary has the discretion to select the grantees that he or she would like, this is true. And they didn’t break any laws when they revised their selection criteria. But what they did, they lacked transparency when they added the new selection criteria and the new priorities. And that was the issue that we had got it and caused delays. And they didn’t give the grant applicants an opportunity to revise their applications to be competitive.

Tom Temin: And did this come to light through some of the potential grantees, maybe through their local members of Congress. Or what prompted GAO to look at something that while they did not do everything exactly right, is still such a small program?

Triana McNeil: So that very well may have been the case. I tend to just look at the requests in the interest of Congress, and we step back and we come up with what are the right researchable questions to tackle this issue? What is any potential areas for improvement with this program? And so we developed our researchable questions, performed our audit and found these issues.

Tom Temin: And then, as you say, they didn’t break any laws, but what are your recommendations? And did the DHS go along?

Triana McNeil: So we recommended that they develop a policy to document their rationale for their award decisions. So we had a number of discussions with DHS to try to understand how did you end up with these 26? What additional criteria did you focus on? And that took a series of conversations. That was unnecessary, they just should have documented their rationale and their process. And so that’s the recommendation that we made, and they concurred with it. They agreed.

Tom Temin: Because there is another round of CVE funding in the pipeline now, correct?

Triana McNeil: There is there is another $10 million, I believe.

Tom Temin: And were you able to ascertain maybe that’s a different study, and let me know if it was, whether the grants were effective, that is to say, did anyone successfully intervene in potential violent extremism somewhere?

Triana McNeil: So we don’t have any of that information. And that leads me to another issue that we found when we reviewed this program. We looked at how they evaluated the performance of the CVE grantees And then stepped back and looked at what was the overall success or failure of this grant program. DHS really fell short when it came to collecting the needed performance information to see what they were getting for this $10 million. And so that was another recommendation that we made. They really need to require and provide clarity in terms of what the grantees need to submit to them in terms of how their programs are performing. And then DHS needs to use it, to evaluate each grantee, and also to step back and see are there any changes and adjustments we need to make to this program? So they lacked that type of information. They concurred with that as well.

Tom Temin: Sure, because even though again, small as it might be it’s a program that could have a lot of leverage, given the number of extreme events that have been happening in the country. I guess if a locality could prevent one busload of people from coming to storm, the Capitol, then at least that locale would have had a good outcome from their grant.

Tom Temin: So what happens next? I guess then we’ll see what happens when they do the next round of funding — whether they follow their own agreed two types of criteria.

Triana McNeil: Yes. We have an audit continuing on with this program. And that audit work is still being completed. But in terms of the recommendations that we made, we will continue to follow up and chart their progress in addressing those two recommendations.

Tom Temin: Because when you look at the government writ large, and people talk about transparency, and spending and spending on data, very often the discussion centers on procurement spending. And very often people follow that up by saying, well we’ve also got to get after grant spending. In your experience, does this type of phenomenon, fuzziness in the granting of grants happen in other grant programs throughout the government, to the extent you’ve been able to look at them over the years?

Triana McNeil: So we looked in tried to find similarly sized grant programs that had a similar phenomenon. And we just we couldn’t find any similar examples. That’s not to say that they don’t exist. There may be instances, but we could not readily identify any other grant programs that had performed in this way when awarding grants. And in terms of the performance information, I do think that this is not uncommon for program officials to struggle trying to understand the effectiveness of their programs.

Tom Temin: Well, that matters then, because if they’re having struggles with effectiveness at the small ones, then chances are the big ones could be even worse. I mean, I don’t want to put a conclusion in your mouth, but that’s what I’m seeing is a possibility here.

Tom Temin: Triana McNeal is director of Homeland Security and Justice Issues at the Government Accountability Office. As always, thanks so much.

Triana McNeil: Thank you so much, Tom. 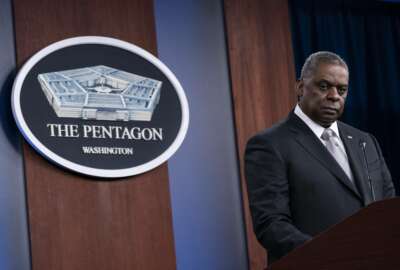 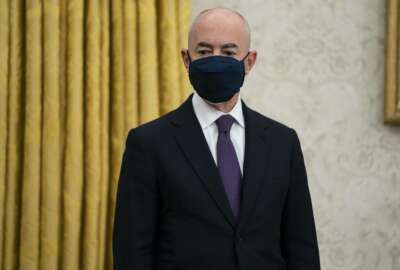 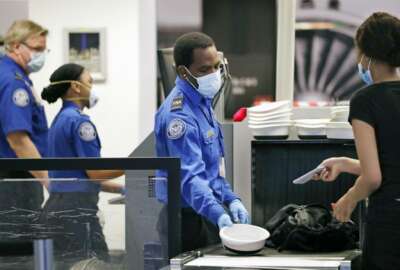 Congressman wonders when DHS frontline employees will get vaccinated