Tom Temin: So what is going on here, the Energy Department says it needs something like a half a trillion dollars to do the cleanup of nuclear waste. Give us the scope of what it is they’re trying to do here in the first place?

Nathan Anderson: Well, you’ve got the dollar figure, right, in terms of the best estimates that we can give to this point. It is looking like almost a half a trillion dollar future financial responsibility of the federal government. I want to take it back a little bit to how we got here. You know, for decades, we were in the Cold War. And we were producing nuclear weapons. And we had sites across the country that were engaged in the Manhattan Project, and ultimately in the arms race that we were involved in until the late 1980s. And then around that time, the switch was flipped, if you will. And all of a sudden, we had to embrace the cleanup responsibilities that came with the end of the Cold War and kind of embracing both environmental and moral responsibilities of cleaning up the waste. And that’s where we’re at now, you know, we’ve been at this for a little more than 30 years, in a way trying to figure out the best way forward in terms of addressing the environmental and human health risks. And also, you know, the financial risks.

Tom Temin: And what is the scope of the issue geographically is there material that needs to be dealt with all over the place?

Nathan Anderson: There are 15 active cleanup sites that the Department of Energy is responsible for addressing. The biggest site in terms of financial risk and scope of waste is probably the Hanford Site out in southwestern Washington. There’s also a massive cleanup operation at the Savannah River Site in South Carolina, there’s a nuclear repository down in New Mexico at the Waste Isolation Pilot Plant. DOE recently kind of completed some of their activities at the Brookhaven Lab in New York. But as I’m kind of going through this list, you can see it really is all across the country, where we have these sites and have these cleanup responsibilities.

Tom Temin: And what does cleanup actually entail? It has to be removed and put somewhere else and buried in concrete or what?

Nathan Anderson: Well, I think one of the best ways to describe this is you’ve got nuclear waste, and radioactive waste that is in a tank, a couple sites around the country. There are 177 underground tanks at the Hanford Site, these tanks are massive, I’ve stood in a mock up of one. They hold, you know, up to a million gallons of waste. You’ve also got contaminated soil and groundwater. Decades ago during the nuclear weapons production mission, not as much as understood about the risks that some of these liquids and some of these contaminants contained, and so some of it was dumped directly into the ground. And that has permeated into the groundwater at certain sites. And then you’ve also got contaminated facilities that need to be demolished and that contamination needs to be dealt with appropriately. So I would say the three big cleanup activities are addressing the waste that’s in the tank. That’s the really nasty stuff, the soil and groundwater that needs to be remediated. And then also the excess facilities that need to be demolished, and that contamination needs to be remediated.

Tom Temin: And does that put the Energy Department in the position of being a buyer of contracted services to actually do this? Are there companies that handle this type of thing?

Nathan Anderson: Yes, it does. DOE is one of the largest contracting departments out there, probably right behind DoD (Department of Defense) in terms of the percentage of money that is put out the contracts. And now you’ve got companies around the country that are technically equipped to do this. And what DOE needs to do is ensure that for the taxpayer, you get the benefits of competition at each one of these sites. And then you also have the kind of like the accountability frameworks that are embedded within the contracts themselves, to make sure that cleanup is happening in a risk informed way. I like to say that contractors can do anything we ask them to do in this country. It’s up to the Department of Energy, and specifically the Office of Environmental Management to make sure that what they are asking the contractors to do is aligned with the risks that some of this waste poses. You recently commented about cement. That’s a perfect example. There are opportunities to take some of this tank waste like out of Hanford and put it in cement rather than glass because it’s very low levels of risk and cement, or grout as a term in the industry is significantly cheaper than the alternatives.

Tom Temin: We’re speaking with Nathan Anderson, a director in the Natural Resources and Environmental Team at the GAO. And the thesis of your report this time around is not really though how big the task is. But the fact that a revolving door of leadership at the Environmental Management Office of DOE is one of the hindrances to steady progress here. Tell us more about what you found.

Nathan Anderson: You’re hitting the nail on the head in terms of what this most recent report does touch on. We’ve just spoken about kind of the size and complexity of the issues. And what you’ll see across government oftentimes when you have a set of issues that are technically challenging and huge in scope, and long lasting and enduring is you have a leader of those federal responsibilities who has either a fixed term appointment, and in many cases, also an elevated level within the department. And that’s what we are leaning towards in this new report is that Congress should take those two actions to address the frequent turnover by having like a fixed term appointment of four to five years, to make sure that you’ve got a strong signal inside and outside government that this is a position that requires stability, and then also, that there should be an undersecretary position within the Department of Energy to again, provide that signal that there needs to be a high level of organizational clout that these are issues that are long lasting, and require stability and commitment from the senior leader within the department.

Tom Temin: Because that idea of a term appointment seems to refer to the fact that there’s really nothing political about what they’re trying to do in this particular instance. And that is clean up this nuclear waste and render it safely for however long it’s radioactive, which is long after you and I will be gone. But there’s not really a need for a new political to come in and reverse policy every six months or 18 months.

Nathan Anderson: Absolutely. And those two things really, in our view need to go together, you need to have the fixed term that can span administrations and again, demonstrate that this is a responsibility of the federal government to the state, and to the sovereign tribal nations that bore the cost of the Manhattan Project and our nuclear weapons production mission. And also that that senior leader within the department needs to be at a sufficiently high level, to be able to speak to their counterparts, for example, in the states to ensure that you have that level of commitment from the department.

Tom Temin: But there must be a standing federal senior executive and career workforce that is working on these issues, making sure the contracts are taking place. They know the statute that requires Energy to do this and other policies related there, too. So why should it make a difference if one political clown after another comes and goes?

That was my word, not yours.

Nathan Anderson: We do have a very dedicated cadre of technicians and public servants that serve in the Office of Environmental Management, you know, there have been tremendously capable senior leaders, assistant secretaries at the Department of Energy that are responsible for this mission. But at the end of the day, resources are scarce. At the end of the day, priorities need to be set. Not everything can be done. And what we’re seeing is an increase in cost, substantially increasing costs for the long term mission of environmental cleanup within the Department of Energy. And I think it’s over the last seven or eight years, it’s almost doubled in terms of what we call the environmental liability, that total cost to the government for the cleanup mission. And that is a kind of a strong prompt or a catalyst to say, OK, is the status quo working? I would argue that the status quo needs to change.

Tom Temin: And is the uptick in costs, or the rising costs a function of it taking longer to get the whole work done? I mean, what’s the driver of that increasing cost?

Nathan Anderson: That’s certainly part of it, you know, schedule plays a role here. And it’s the cleanup mission is extended by 10 or 20 years, you know, there are costs associated with that, that can really drive it up. There are also some big project management problems that have occurred over the last, you know, handful of years that have prompted the department to look at, OK, this isn’t going to work as intended, how are we going to estimate the cost of the alternative? Now, I would say that GAO has identified a handful of options that could really fly down that half a trillion dollar cost estimate that you kind of lead with, there are opportunities and I would submit that while those opportunities are tens of billions of dollars or more, it will require like elevated leadership attention to be able to get there. And yet another reason why a fixed term appointment and an undersecretary position could really help here. 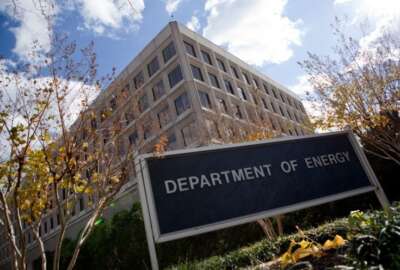 Is Energy’s decision not to name a political appointee to oversee cyber a mistake? 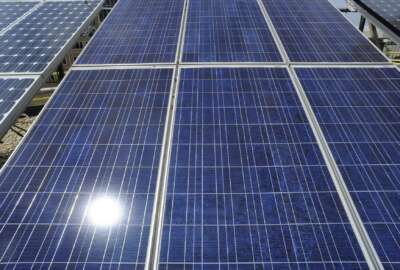 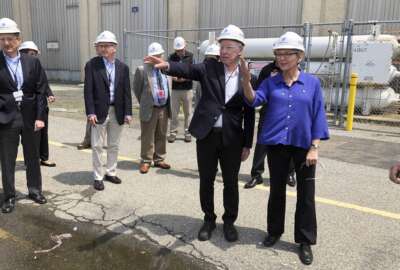 Energy secretary: We must find a solution for nuclear waste