The Securities and Exchange Commission recently proposed changes to its program for dealing with corporate whistleblowers. Since the Dodd-Frank banking legislation, whistleblowers receive up to 30% of penalties the SEC collects when they exceed $1 million. The program was trimmed back during the Trump administration. New proposed rules would return the program to its former state. For...

The Securities and Exchange Commission recently proposed changes to its program for dealing with corporate whistleblowers. Since the Dodd-Frank banking legislation, whistleblowers receive up to 30% of penalties the SEC collects when they exceed $1 million. The program was trimmed back during the Trump administration. New proposed rules would return the program to its former state. For one view of what should happen next, the Federal Drive with Tom Temin turned to the co-founder and CEO of the banking and markets non-profit advocacy group Better Markets, Dennis Kelleher.

Tom Temin: Mr. Kelleher, good to have you on.

Dennis Kelleher: Hi, Tom. Thanks for having me.

Tom Temin: Tell us the background here. This rule netted more than a billion dollars for whistleblowers up into the Trump administration?

Dennis Kelleher: Well, yes in fact it’s really one of the most important and wildly successful rules in all of financial and economic regulation and policymaking. Many of your listeners will probably remember hearing about the Madoff Ponzi scheme. Madoff was a guy on Wall Street who ran a Ponzi scheme that ultimately was as big as $65 billion, costing investors billions of dollars in losses. And there was a whistleblower. This is back going up to 10 years before 2008. The whistleblower kept going to the SEC saying, hey, Bernie Madoff was running a Ponzi scheme. And in fact, this person went in the whistleblower, went in repeatedly with documents and information showing how Madoff was a Ponzi scheme, and the SEC ignored him if not belittled him. And although they occasionally went to look at what Madoff was doing, they never looked very hard, until he turned himself in in December of 2008. When, as I say the losses for investors were gigantic.

And so when the Dodd-Frank Act was passed in 2010, the law mandated the SEC to create an office of the whistleblower and mandated the SEC to pay awards between 10 and 30% of the monetary sanctions collected by the SEC to whistleblowers. They wanted to create a program that incentivized whistleblowers to tell the SEC about illegal conduct in corporate America, and to provide concrete, specific and independent evidence that led to legal proceedings against those people. And so this program was put in place to make sure that the Madoff Ponzi scheme whistleblower was never mistreated again. And it ran extremely well, this program at the SEC from 2011, when the first rules were proposed, until 2018, and 2019, during which time as you say, Tom, $5 billion, $5 billion with a B, in monetary sanctions resulted from the whistleblower program.

Tom Temin: And what did the rule change during the last administration actually propose? If I recall, it was a cap on how much a whistleblower could collect?

Dennis Kelleher: Well, there were a number of changes. The first thing is it gave staff discretion of the amount of the reward. Even though the statute mandated the amount of the award, it capped it. It also limited recovery in what’s called related actions. And frankly, it put up other hurdles to recoveries, including regarding the requirement or looking at so called independent evidence. But overall, the particular changes, although a little technical, are technical, the intent was clear. They wanted to send a message to whistleblowers that the SEC was not going to be as receptive to them, as the statute required them to be. And they weren’t necessarily returning to the bad old days of when made off was ripping people off. But it was clearly signaling the SEC was not going to be as welcome to whistleblowers as they were required to be.

Tom Temin: And what’s the effect then lower amounts paid to whistleblowers and/or fewer whistleblower complaints coming to the SEC, are there statistics here?

Dennis Kelleher: So the statistics or the information that would indicate that happening is all confidential. One of the good things about this program and it’s mandated, we wrote it into the Dodd-Frank Act. I actually was a senior staffer in the Senate when Dodd-Frank was being considered and enacted and played a role in a number of the provisions, including this one. And so it mandated confidentiality to protect whistleblowers. And so the only thing you get is information once an award is given, and you are told kind of that an award was given you’re not told who the whistleblower was or the action it’s even related to. So it’s an award was given and and amount. So you can’t really tell, but more importantly, the Trump administration rule changes that went to work against the whistleblowers weren’t done until 2020. And as soon as the Biden administration’s SEC chief got into office early in 2021, he announced changes to the whistleblower program to restore it to its original intent, and then he proposed rules to fix most of what has to be fixed in the rulemaking process. Although he’s, in our view at Better Markets, he still needs to do a little more.

And I should say, Tom, anybody who want listening wants to know about this, we put out, Better Markets put out a report, called the SEC’s Whistleblower Program, a $5 Billion Success Story, where we detail how well this has worked. And importantly, this hasn’t worked just well for whistleblowers. This has been enormously rewarding to ripped off investors. And in fact, more than $1.3 billion has been returned to investors as a result of whistleblowers. And equally important, whistleblowers do not get paid one dime from the taxpayers. And they do not take any money from recovery for investors, they get paid out of what’s called an Investor Protection Fund, which is money from other enforcement actions that don’t get distributed to victims. So this is a win win win program. It’s a win for investors. It’s a win for corporations that actually follow the law, so that law breaking corporations don’t get away with it. And it’s a win for whistleblowers. And that means it’s a win for the public interest, which is why Better Markets has been a huge supporter of this program from the beginning, and why we’re pushing for the restoration of the original rules to make sure whistleblowers who, after all take enormous risks by blowing the whistle on their corporate employers who are breaking the law.

Tom Temin: We’re speaking with Dennis Kelleher, he’s co-founder and CEO of Better Markets. So the rules now that are proposed by the SEC, do they in fact, restore the program to the way it was at its inception?

Dennis Kelleher: Well, in our view, they go a long way, we would say they restore somewhere in the neighborhood of 75, or 80%. And they do address the most important rollbacks and limitations put in place by the Trump administration. But at Better Markets, we’d like to see them restore the rules entirely to the way they were before. It’s actually under consideration by the SEC now. They proposed new rules, as they say that mostly roll back the old rules. They asked for comments on whether or not they should go further Better Markets and others have commented on that proposed rule, which is currently under consideration by the SEC, and we hope in the not too distant future, they will finalize those rules and restore it entirely. I should make it clear to your listeners though, Tom, if anybody is, you know, has information, specific information about illegal conduct by their employer, they should not hesitate for a minute to contact the whistleblower office at the SEC directly, or there’s a variety of lawyers now who specialize in handling whistleblower complaints with the SEC, because this SEC since the Biden administration came in and since SEC Chair (Gary) Gensler got there, this SEC has open arms for whistleblowers and is going to treat them with the respect that they deserve and are required to under the law, and they will be rewarded if they provide independent, specific information that in fact leads to a legal proceeding and a recovery of more than $1 million.

Tom Temin: What about the retaliation that can happen by organizations, corporations against whistleblowers, in the meantime, because sometimes these cases take years to actually resolve?

Dennis Kelleher: Well, that’s right. It’s a good question, Tom. There’s a couple of answers. Number one, is it’s against the law to retaliate against an SEC whistleblower, and the SEC has taken action against corporations who have retaliated against whistleblowers. And they face an extremely severe sanction if they are found to have done that. But the biggest protection is, as I referred to earlier, Tom, the statute requires and the SEC has been excellent at this through the Obama administration, the Trump administration and the Biden administration, they have been excellent at following the confidentiality requirements put in the law, for the SEC to protect the identities of whistleblowers. So the entire structure is meant to, on the one hand, incentivize whistleblowers to come forward and reward them, and on the other hand, to try and protect them to the greatest extent possible, so that retaliation doesn’t happen. And finally, in those occasions when the whistleblower may be identified by an employer, if there is retaliation, the SEC will take action against them.

Tom Temin: So this really then changes a lot of procedures for the SEC staff itself, and might incentivize them to go after those, as you call them other enforcement actions, because that’s the cash pot for the whistleblowers.

Dennis Kelleher: Right and look, the job of the SEC, and you know, we are fortunate to have thousands of people working at the SEC who are hardworking and dedicated and frankly, working often under what can generously be described as, you know, suboptimal conditions. So they are, as they say the entire enforcement division dedicates their life to rooting out illegal conduct and going after, you know wrongdoers in the securities markets. And they all recognize the importance of whistleblowers and how incredibly decisive they are. Because frankly, many illegal actions simply are not visible to the public or to the SEC, and they’re only known to insiders. And that’s why this program is so important. This is evidence and information on law breaking that would never come to the attention of the SEC, or prosecutors because it’s all inside. And that’s why it’s so important for the SEC to not just follow the law, but to work hand in hand and welcome whistleblowers so that illegal conduct that would otherwise go undiscovered is not only discovered but prosecuted.

Tom Temin: Dennis Kelleher is co-founder and CEO of Better Markets. Thanks so much for joining me.

Dennis Kelleher: Thanks, Tom. Appreciate it. 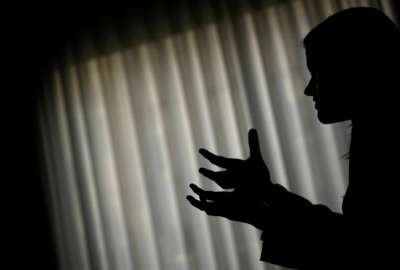 Intelligence community whistleblowers finally get a little help, from Congress

What does a federal whistleblower risk? More than you think