Certain migrants to the United States are allowed to stay pending immigration court proceedings. That means Homeland Security must keep track of their family status and where they end up. But it doesn’t do such a great job. The Federal Drive with Tom Temin  gets more now from the principal deputy inspector general Glenn Sklar and the...

Certain migrants to the United States are allowed to stay pending immigration court proceedings. That means Homeland Security must keep track of their family status and where they end up. But it doesn’t do such a great job. The Federal Drive with Tom Temin  gets more now from the principal deputy inspector general Glenn Sklar and the assistant counsel to the inspector general Natalia Segermeister.

Tom Temin: And let’s begin with just a very basic, we don’t need to go through immigration school here, but what basically is the procedure that the IT systems you looked at have to support? Natalia?

Natalia Segermeister: When border patrol agents encounter migrants at the border, they are entrusted with apprehending, screening and processing those migrants. So they first perform a physical search of those migrants that collect and record biographic and biometric information on these individuals. And then they conduct real time record checks, using the various IT systems that exist within DHS to determine whether or not these individuals have criminal records, wants and warrants and whether or not there’s an immigration history on these individuals. And then from there, border patrol determines which pathway the migrant will then have, whether or not a notice to appear will be issued. And that will place that individual in removal proceedings, whether or not to release that individual with a notice to report in which that individual will have 60 days to report to Immigration and Customs Enforcement, ICE, or parole this individual to the United States with an alternative to detention program, or if they are not permitted to enter the United States, then they will be removed on an expedited removal basis.

Tom Temin: All right. So there is a lot of logic to be encompassed in a information system because this can’t be done it sounds like with a clipboard. Given that in fiscal 2021, there were a million people under consideration coming across the border. So what did you specifically look at in this report? Glenn, this was to see how well supported all of this process is by their IT?

Glenn Sklar: Right. We looked at the some of the major IT systems that are used for tracking migrants. And there are multiple different systems. For example, border patrol has the main tracking system to collect that biographic and biometric information. ICE has their own separate system for removal cases. There’s a new system under development called the Unified Immigration Portal that connects all the Homeland Security agencies across the immigration lifecycle. And for good measure, even DHS has external partners, the HHS Office of Refugee Resettlement, they have their own separate tracking system as well. So there are lots of separate tracking systems here.

Tom Temin: Right. And these systems are what they traditionally call stove piped. They’re not really that well integrated one to the other, would you say?

Glenn Sklar: That’s exactly right. You know, in our work, we found that the stovepipes really impeded the department’s ability to track migrants throughout their immigration journey. So let me give you an example Tom. We found that in many cases, DHS was using paper files, those “A files” or alien files to track migrants. These paper files would literally accompany each migrant from point the point. To use a private sector comparison, Tom, think about a hospital maybe 20 to 30 years ago, where each patient traveled to lab tests using a physical hospital chart. Well, hospitals are fully electronic now. There are no physical charts, DHS should be fully electronic, too. But instead, what we found they’re using kind of primitive tools like dry erase boards or rudimentary spreadsheets, even SharePoint sites that track the movement of migrants on the southwest border.

Tom Temin: And what did this all add up to? It sounds like, given the fact that you need to know who needs to go away right away, who can be trusted to stay until their hearings come up? And also who needs to stay together as a family? Because I think it’s the policy of the United States to try to keep families together out of nothing else but perhaps, at least, humaneness. It sounds like these systems can’t support that very well.

Glenn Sklar: Yeah, we found that in FY ’21, DHS was tracking 125,000 unaccompanied children. These are kids who came across the border without their parents, and they needed to be handed off from Homeland Security to HHS to that Office of Refugee Resettlement for placement in a better setting. But the tracking between DHS and HHS was email-based. In one example, there’s a five-year-old unaccompanied child, this child waited three days for border patrol to request placement. It took another 10 days for a placement location to come back from HHS. All told, this process required more than 10 emails to facilitate placement of the child. So a critical placement process involving a five-year-old that should have taken 48 hours to effectuate literally took two weeks instead, due to these technology limitations.

Tom Temin: And if a given family say from a foreign country, Venezuela, whatever, sent two children at two different times, that would almost compound the problem. And there’d be no way of maybe getting those two children together, even though they were siblings. Fair to say?

Glenn Sklar: Absolutely true. Again, this labor-intensive work around these problems, really caused delays and uniting kids with their families and their sponsors, and can really even delay migrant transfers out of custody within legal time limits.

Tom Temin: So Natalia, does that put the agency despite its best intentions, out of compliance with statute?

Natalia Segermeister: Correct. The regulations require that within 48 hours, that an individual be processed out of detention or apprehension, and in the case of unaccompanied minors no later than 72 hours. So yes, that would set the department within outside of the legal required limits.

Tom Temin: We’re speaking with Natalia Segermeister, she’s assistant counsel to the inspector general, and with Glenn Sklar, the principal deputy inspector general, both of the Homeland Security Department. And I have to say that, I mean, you tell me, but the department must be aware of these limitations?

Glenn Sklar: They are aware, and again, they’re trying to make some adjustments. For example, they are trying to reduce manual workarounds. They really need to prioritize their IT funding at a higher level. And they’re trying to work through better coordination across their IT systems, as you might imagine, and even with their external partners, like HHS, and and the Department of Justice. They’re also working on a unified immigration portal that should streamline operations, and provide better coordination over time. ICE is also working on a separate system as well called the case acceptance system. So there’s some hope here, but they really need to prioritize making these systems interoperable, and really trying to streamline the process. So that we really provide better service at DHS.

Tom Temin: I mean, given the history of what we’ve seen in federal IT system grand design over the decades, and I’ve been watching it for decades, this could take 10 years for them to effectuate to have a really integrated system where everything is in a single record of truth database and so forth. What were your immediate recommendations then?

Glenn Sklar: So again, these recommendations on interoperability, and reducing manual workarounds, we do think, probably not a 10 year project, but maybe another year or two, before we get to a better baseline, where there’s better communication across all the different stovepipes. But that is pretty essential to fix right now.

Tom Temin: And in your investigation, did you find that the integrations that they want to have are actually underway at some level?

Glenn Sklar: Yes, in fact, their audits found that they are starting to make progress. But they really need to keep these at the highest priority level, given the consequences of not having great eyes on tracking  migrant movement.

Tom Temin: And this may be out of the scope of your knowledge if they applied to the technology modernization fund to help speed up this effort funding-wise or do you know?

Glenn Sklar: Again, that’s going to be a Department of Homeland Security call as to how they work their funding process. But as the Office of Inspector General, we would certainly support elevated funding to resolve these problems and resolve them quickly.

Tom Temin: So you’d be  a good reference for them if they decide to put into that pot of money. Absolutely. And did the department in general agree in the components, agree with the assessment?

Glenn Sklar: Right, so we issued two separate audits in September 2022. And the department actually agreed with all 10 recommendations we made across those two separate audits. And again, they’re pretty expansive, the recommendations, so we were quite pleased that  they quote – unquote, get it in, they’re going to try to move forward expeditiously to fix this problem.

Tom Temin: And Natalia, final question for you. The systems don’t support the understanding where people are, but it also doesn’t support the decisions that have to be made correctly, with respect to the disposition of a given individual coming into the country maybe could just clarify that for us.

Natalia Segermeister: Correct. So in this case, the department is not in compliance with the legal time limits that are placed to them by regulation as to making a custody determination within 48 hours when an individual is apprehended by border patrol or in the case of unaccompanied minors within 72 hours.

Tom Temin: Right. So as that stretches out to beyond 48 or 72 hours, it can become a health, a humanitarian and just administrative nightmare. Really, the longer it takes. I mean, there’s a virtue in speed here, isn’t there?

Natalia Segermeister: Yeah, absolutely. When you extrapolate the length of time that an individual is in custody. The issues arise both legal and with regard to health and safety. 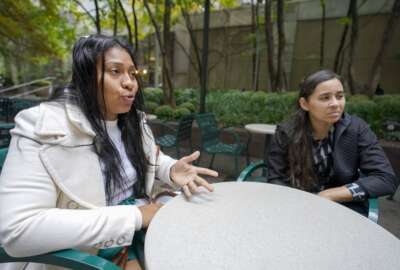 US Border Patrol sends migrants places where no help waits 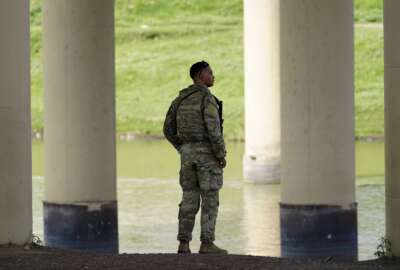 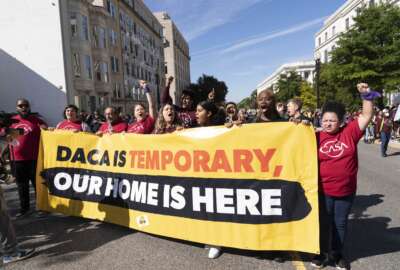 Immigration will vex Biden no matter who controls Congress