The Air Force said Wednesday that it would begin offering retention bonuses of up to $35,000 to entice its unmanned aircraft pilots to stay in the military as part of an ongoing “get-well” plan for a workforce that’s been stretched extremely thin.

Meanwhile, officials said they needed new congressional authorities to offer similar incentives to fighter jet pilots which have been departing the Air Force at a rate that’s caused Gen. David Goldfein, the service’s...

The Air Force said Wednesday that it would begin offering retention bonuses of up to $35,000 to entice its unmanned aircraft pilots to stay in the military as part of an ongoing “get-well” plan for a workforce that’s been stretched extremely thin.

The problems are interrelated. The Air Force is at least 200 pilots short of what it believes it needs to meet its missions for remotely-piloted aircraft, but it’s only gotten there by “borrowing” pilots from manned aircraft communities. Those fighter aircraft, such as the F-16 and F-15, are at least 500 pilots short today, and the Air Force projects a 700-pilot shortage within the next few years.

Goldfein said there are several reasons for that: The operational tempo for combat pilots has been extremely high for two decades, the commercial airline industry has a strong appetite for new hires at the moment, and the Air Force hasn’t received permission to increase its combat pilot retention bonuses since 1999.

“Air superiority is not an American birthright, it’s actually something we have to fight for and maintain,” Goldfein told reporters Wednesday. “When we look at what what the Air Force does, which is to gain control of and then exploit air and space, we’ve got to have all of our aviators that are able to do that, and specifically fighter pilots because they’re the ones that are leaving at a higher rate. It is a crisis, and I believe that quality of service will be equally important to quality of life in everything we do. If we can balance those two things, I’m hoping that we can get these folks to stay.”

The Air Force is hoping to increase its pilots’ quality of life by producing more of them so that the current crop isn’t spread as thinly as it is today. The service says it’s preparing to announce the stand-up of a handful of new F-16 training units within the next few months. But officials say they also need congressional permission to offer retention payments to the pilots it already has in order to slow their exits to commercial industry.

“We’ve been through this before, airlines have been in a hiring mode before, but what’s added to this is that we’re coming out of 26 years of continual combat, and so the force has been engaged at a much higher level,” Goldfein said. “If we can remove some financial burdens and provide some incentive, our studies have shown that the force will respond. But there’s another part of quality of life, which is the culture of taking care of our families while an airman is deployed. Ensuring that we continue to take of each other with those non-financial issues is really important.”

As to pilots who fly unmanned aircraft, the Air Force says it’s still in the middle of a “get-well” plan officials launched more than a year ago when it announced retention bonuses — $15,000 at that time — to encourage exhausted pilots to stay in the military.

Since then, the remedies have expanded to mobilizing more National Guard and reserve personnel and, for the first time in 70 years, training enlisted personnel to fly aircraft. The first class of enlisted RPA pilots is set to begin their training in October.

“The get well plan is proceeding apace – it’s not all done yet,” James said. “But we are well on the way to having 100 percent manning at our training units, and having all of those instructors in the schoolhouse means that we are going to be producing more RPA pilots. We have roughly doubled the graduate and undergraduate pilot output. We are also providing more contractor support for non-strike missions. This fall, we will release candidate bases for locating a new wing of RPA airmen at up to two locations.”

Goldfein says even if everything goes according to plan, the Air Force’s unmanned community won’t have adequate numbers for another three years – mostly because the military’s combatant commands, U.S. Central Command in particular, have had an insatiable demand for unmanned aircraft, both for their strike and surveillance capabilities.

“From 2001 until now, we have been in a continual surge operation,” he said. “Just about the time we thought were going to stabilize and get the community a little bit healthier, we got requests for more combat air patrols – it’s been pretty much full afterburner the entire time. Our projections were that if we didn’t stabilize, we were going to have more folks leaving the enterprise than we can train to bring in. The secretary of Defense supported us to cap our operations and allow us to then build up our instructor force so that we could double the pilot force. We get to that point in approximately 2019. Between now and then, we’re hoping to hold the line to get this weapon system healthy.” 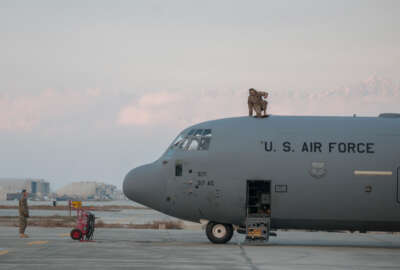 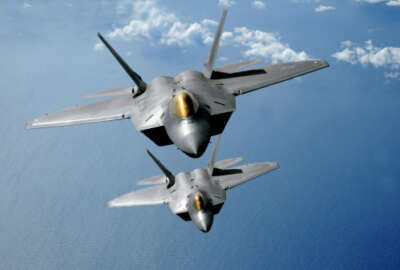 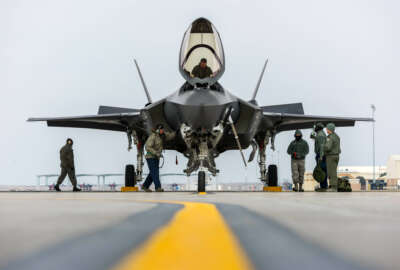 Despite relief from budget caps, Air Force hasn’t made headway against readiness shortfall