Military readiness in some ways starts with what troops eat. The Air Force has launched an entertaining program to show its airmen and women, and their families, how to eat more healthy, and like it. Sort of like the Air Force version of the French Chef. Joining the Federal Drive with Tom Temin with more on the program...

Military readiness in some ways starts with what troops eat. The Air Force has launched an entertaining program to show its airmen and women, and their families, how to eat more healthy, and like it. Sort of like the Air Force version of the French Chef. Joining the Federal Drive with Tom Temin with more on the program and its aims, the chief of Air Force Medical Home, Col. Mary Anne Kiel.

Tom Temin: Col. Kiel, good to have you on.

Mary Anne Kiel: Thank you so much, Tom, I appreciate you having me here.

Tom Temin: Tell us what you’re up to here with the Air Force Medical Home. You’re producing, I guess, online videos and who are they aimed for? And tell us about the content.

Mary Anne Kiel: Absolutely. So this is a program that’s called Nutrition Kitchen. And it’s been a pilot project that’s ongoing for the past five years or so initially started by one of our Air Force endocrinologists, Maj. Philip Clerc, who’s been the mastermind behind this. But our aim is really in partnership with our Air Force lifetime performance medicine working group to develop these series of educational cooking episodes to help our service members and their families recognize ways that they can upgrade their nutrition profile in order to enhance their, not only their health, but also just their day to day performance and how they feel. So we’re pretty excited about it.

Tom Temin: And who are the stars of the show? Because we do know that the military services have pretty top notch chefs in their ranks.

Mary Anne Kiel: Absolutely. So we have featured with each recipe there are two episodes that go together to showcase each particular meal. And the first episode is a chef curated version, where we have one of our culinary instructors from the Joint Culinary Center of Excellence that’s located at Fort Lee, Virginia. And the chef gives us some sense over meal modifications and ingredients swaps that folks can use for what we call level two recipes. And then they also have some chef curated recipes that are completely from scratch that we call our level three upgrades. And those are pretty exciting as well. And then the second portion of the episode is one of our registered dieticians that was located at Travis Air Force Base, who goes into more details about the science behind the nutritional choices that they make in the chef curated version.

Tom Temin: Sure. And these are videotapes, then, correct?

Mary Anne Kiel: Absolutely. They are videoed, currently we have five episodes posted and one that’s due to come out actually the end of this week. And they’re available on the Air Force Medical Service website and also with YouTube links, so that anyone who is inclined to learn a little bit more about upgrading their nutrition can have free access to them.

Tom Temin: And this is aimed at Air staff and families that might be living in regular housing, that need to just simply up the game when it comes to dinnertime.

Mary Anne Kiel: Oh, sure. And it’s been generated and developed all with airmen and their family members in mind and from feedback directly from them through surveys and trying out the recipes and things. Our goal is really to make these available to anyone, all service members and their dependents as well as retirees. Really anyone who wants to learn more about small changes they can make to nutrition in their everyday plans. I think people in general sometimes underestimate how profound nutrition and food choices can be on a day to day basis, not just for your health, but like I said, for your overall performance and your resilience as a human. And so we’re hoping that people will be able to access these very easily take a few minutes out of their day to learn a little bit more and perhaps try some of the tasty recipes that we have showcased.

Tom Temin: Yeah, and to say nothing of your waistline, too, while you’re at it, I suppose. And give us an example of the type of upgrade to something that someone might commonly cook that you’re offering.

Mary Anne Kiel: Yes, we’ve got quite a few hacks that we like to call them in our showcase videos here. But a few of them are for example swapping out your black beans for the meat or at least half of the meat and your tacos. We’ve got some recipes that showcase the cereal and pancakes and pasta that talks about making sure your grains have 100% whole wheat or whole grain listed on the ingredients. And then using bananas and oats to make our other very well received recipe which was the banana oat pancakes version. We’ve gotten a lot of great feedback from these recipes.

Tom Temin: We’re speaking with Air Force Col. Mary Anne Kiel, she’s chief of Air Force Medical Home, and that’s part of the Air Force Medical Readiness Agency. And are you measuring the uptake in viewership of these videos and have you gotten some feedback so far?

Mary Anne Kiel: Oh yes, we are actively gathering statistics and data about how well received these have been since they launched in early June. And we also have a post-viewing survey that is available for individuals who watch the videos to be able to give additional feedback, so that we can take that into consideration. We’ve had really good response and reception of the videos so far. People seem to really like the recipes. They’ve tried some new things that they may not have considered trying before. So we’re really excited about how well received it’s been.

Tom Temin: And just tie in with this program and say, the meals that are served to air staff, on bases and so forth from Air Force kitchens for people that might be on active duty?

Mary Anne Kiel: Oh, that’s a great question. And I think, of course that, you know, the meals that we’ve showcased here in the Nutrition Kitchen video series, are the ones that were selected based on what our survey responses were from active duty military members and their families about meals that they’re actively preparing in their homes most commonly. And our lifetime performance medicine working group is continuing to collaborate with other agencies within the military and armed forces to make these recommendations that we have as far as ingredient swaps on their menus more standardized, but we do have the Go for Green Performance Initiative Program that does utilize a lot of these techniques on the military bases within the cafeterias that are serving food there. And we certainly just want to make sure that we’re making this more standardized across our military nutrition environment. And I would like to just point out that all of the ingredients that were utilized on these videos were purchased within the commissary, and so many of these foods are available at most commissaries nationwide. So pretty easy for people to select the ingredients and then incorporate them into their home cooked meals.

Tom Temin: Can you get kale at commissaries?

Tom Temin: Not just to feed the turtle, but actually they feed your family I guess.

Tom Temin: All right. And earlier you mentioned this is part of a five year pilot program. But the videos have only been out for about five episodes, maybe tell us what came before and what your ultimate goals for the overall program are?

Mary Anne Kiel: Oh, sure. So initially, when this project started, as I mentioned, our lead for the project, Maj. Phil Clerc began doing a project where he was serving servicemembers and their families about how they would like to prefer to get their nutritional education, you know, a variety of different options. And by far, the most common one that was mentioned was that they wanted an online nutritional cooking class, and much more so than the traditional nutrition resources that we offer at our typical military treatment facilities. And we didn’t have an online nutritional cooking class resource available at the time. And so that’s where this project began. It took obviously, multiple years in the making to create the scripts and to move forward with the funding of it and the production, we had a very large multidisciplinary group of many health care professionals, from physicians to dieticians, and our public affairs representatives and leadership as well, that all played an active role in developing the series. And we’ve been very excited and happy with the results. The filming took place towards the end of last year. And then finally, as I mentioned, in early June, we began launching the videos. Our overall goal is to help our service members and their families upgrade their health and recognize that, you know, it’s important not just for our long term health and longevity, but for every day way that we perform and are able to do our jobs and be resilient. We want to make sure people are focused on how they can prepare their bodies and their minds for their next mission. And a big piece of that has to do with food choices. That’s where our goal is with utilizing this program as a resource to help people make those individualized choices as best they can every single day.

Tom Temin: All right, and we should point out that you know, where have you speak you’re a physician, in addition to being an officer, correct?

Mary Anne Kiel: Yes, sir. I’m a pediatrician and I still see clinic every week or two. I serve as the primary care lead for Air Force Medical Home, and you know, working hard to help people recognize the little steps and tiny shifts that they can take from a lifestyle standpoint to help improve their health and also their longevity. It is exciting work.

Tom Temin: It is I’m going to check out those videos myself see if I can upgrade that next lump of meatloaf. Air Force Col. Mary Anne Kiel is chief of Air Force Medical Home part of the Air Force Medical Readiness Agency. Thanks so much for joining me.

Mary Anne Kiel: Thank you so much for having me. It was a pleasure. 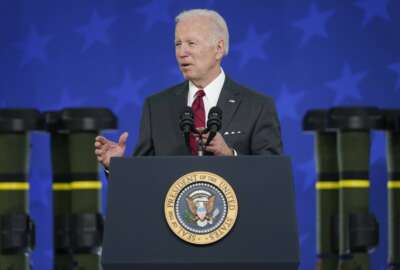 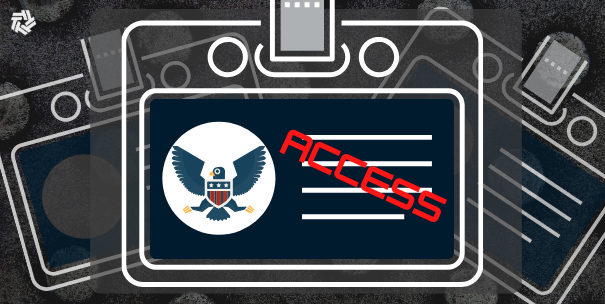