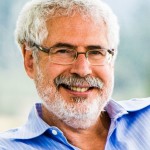 Steve Blank is not just teaching a class; he designed his Hacking for Defense course at Stanford University to build a bridge between engineering students and the federal defense and intelligence communities.

“I think there’s an untapped well for wanting to serve our country in places we didn’t expect,” Blank, an associate professor and Silicon Valley veteran, told  Federal Drive with Tom Temin. “And there are students, a large number of them, who want to serve the country and make it safer, and they just didn’t have a vehicle to do it. It’s ironic, you could volunteer for the Peace Corps, AmeriCorps, Teach for America, or even the U.S. Digital Services to build HealthCare.gov, but there’s no formal way, shy of ROTC or putting on a uniform to serve the country to help the DoD and intel communities.”

The class brings students and feds together to solve engineering issues. Federal sponsors bring problems to the students, who then deliver a series of prototypes within 10 weeks. Blank said the dilemmas range from standard cybersecurity questions to “how to help Navy Seals geo-locate underwater, figure out where they are in 3-D space, or counter adversary drones.”

It’s a mutually beneficial program, Blank said. The students learn not only how to build a demo, but “how do you actually deploy this to the beneficiary, stakeholder, warfighter, etc.?” They also get a taste of and develop a connection to serving the country.

They also interact regularly with members of the federal communities. Students have to work with 10 to 15 different stakeholders a week, Blank said, including users, program managers, content developers and warfighters. The sponsor is the gatekeeper to these stakeholders.

Meanwhile, the defense and intelligence communities learn the techniques and results of innovating at speed. Blank said his students aren’t the only ones looking at these problems; they’re likely farmed out to contractors at the same time. But DoD and other agencies can benefit from developing a common language for innovation while comparing the Blank’s techniques to their own.

“As the class proceeded, they ended up adopting us and providing an enormous amount of support in terms of access, expertise, liason, etc.,” he said. “And I think they learned a lot from being part of our class, and our students learned a lot from having their support.”

He said there were two challenges he faced when creating the class: would enough students — who knew nothing about defense or national intelligence — sign up for the course, and would federal agencies like DoD be able to bring problems that were unclassified to the point that even foreign nationals would be able to work on them?

He needn’t have worried. Blank said it received the largest student turnout for any of his classes, including his civilian engineering course that partnered with the National Science Foundation. That class was eventually scaled nationally to 53 different universities. Blank hopes to do the same with Hacking for Defense.

As for the feds, Blank said he spent the early days of the project beating the bushes to find problems for his students to work on. Now, he’s found a number of sponsors within the federal government who voluntarily bring his students as many projects as they need.

“I would call them islands of innovation throughout the Department of Defense,” Blank said.

Blank thinks the United States built a military and intelligence community that was well designed to handle the problems of the 20th century.

“But our current adversaries aren’t using our 20th century playbook,” he said.

He said our procurement and acquisition systems just aren’t suited for dealing with problems such as non-state actors like ISIS, the so-called “little green men” in Crimea, and asymmetry in the South China Sea. They’re too focused on executing the last game plan, he said. He hopes his class can be a step toward a faster-paced innovation system.

“This is not the way to build an aircraft carrier in 10 weeks,” he said. “But this is a way to look at problems and build solutions, and understand if you’re building the right ones in an incredibly short period of time. And it’s a way to deal with innovation that better matches our 21st century threats.”