Cloud migration has been pushed for years but agencies are at different stages in their progress. Some think that has to do in part with chief information officers’ aversion to risk and migration.

At the ATARC Cloud & Data Center Summit on June 13 in Washington, D.C., David Nelson, CIO for the Nuclear Regulatory Commission, took offense to this outlook.

“I continue to read articles, I hear little pieces in some of the earlier discussions today around the CIO — CIOs are stuck in the mud; they’re risk averse,” he said on on Federal Insights: Cloud Month. “If I hear that again I’m going to unsubscribe and I’m not coming to anymore cloud conferences.”

Instead, he said CIOs are more concerned about competing and recruiting new talent in the face of federal hiring rules. His colleagues are also interested in creating new and more flexible contracts to allow agencies to partner with the right vendors, he said.

“I think a lot more needs to be done with our acquisition shops,” Nelson said. “[At] a smaller agency like mine, it’s hard to get an acquisition team to understand really — how flexible can I be?  … How do I structure these contracts? It’s all foreign.”

Before joining the NRC, Nelson was CIO for the Centers for Medicare and Medicaid Services at the Department of Health and Human Services. HHS Chief Product Officer Todd Simpson also spoke at the cloud summit and shared his agency’s cloud strategies on basic computing, user experience and quickening responses to new technology requests.

“What we want at HHS is to build a process where everybody can get a consistent response, every single time,” he said on Federal Drive with Tom Temin. “You don’t have to call in a favor to get work done.”

He described a new pipeline which HHS is marrying with ServiceNow, a product for trouble ticketing and workflow. Requests which come through the help desk that are beyond the traditional laptop or phone issue, etc., are moved along to Simpson’s queue, he said. Simpson said he has needed to build change management into the pipeline since transferring to the agency from the FDA earlier this year, where he was the CIO.

“There is a severe lack of processing governance at HHS,” he said. “It’s had a lot of leadership and so, building this pipeline, [some] may say ‘why isn’t it already there? Why isn’t there a workflow like that?’ I don’t know but it’s going to be there.”

He described HHS as being “loose” with its code upon his arrival, but emphasized having “a reputation for being a  process person” who can “get to the cloud.”

“There’s always a way to navigate to the cloud,” Simpson said. “It’s just depends on how cavalier you want to be or how much risk you’re willing to accept … All that risk can be mitigated.”

He said he was proud of the cloud brokerage model which the FDA built and wanted to introduce it to HHS.  But he also said every agency has its own strength and it is important to play to those strengths. He also warned against duplicating the application portfolio.

“HHS has some big partners and I have brought them in to try to start talking about enterprise license management, getting lower pricing though my office so that the [Operating Divisions] have to come through me eventually,” he said. “It’s a long way out because right now I don’t even have a mechanism to get in front of the OpDivs. We don’t even have a centralized help desk.”

As a result, Simpson said he would ramp up the front end with business analysts on contract. The more tickets he receives, he said he will load the pipeline with project managers and have managed services for certain conditions to “proof those things out.”

“As we add more tools to the HHS IT toolbox, those tools will become available to our customers,” he said. “But what we won’t have is 15 different types of the same thing. We’re going to try to streamline it.”

Thornberry says DoD needs to do its homework early on cloud 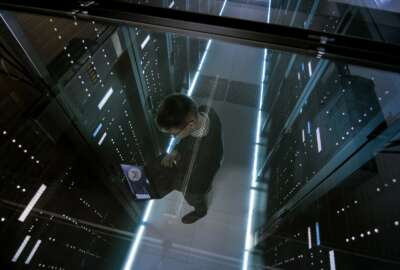 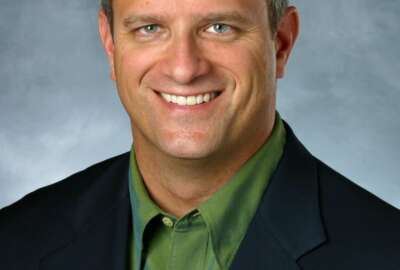