The 2019 budget proposal request tees up a confrontation with Congress over NASA funding. The proposal calls for cutting funding to the International Space Station, but some lawmakers disagree, and want to continue funding for the ISS.

In a recent report, NASA’s Office of Inspector General said the agency won’t be able to continue to fund the ISS and pursue missions outside low-earth orbit without significantly more funding. The agency has spent more than $75 billion...

The 2019 budget proposal request tees up a confrontation with Congress over NASA funding. The proposal calls for cutting funding to the International Space Station, but some lawmakers disagree, and want to continue funding for the ISS.

In a recent report, NASA’s Office of Inspector General said the agency won’t be able to continue to fund the ISS and pursue missions outside low-earth orbit without significantly more funding. The agency has spent more than $75 billion on the ISS, which has continuously held occupants since 2000 and was not completed in 2011.

The cuts would also include space shuttle flights for purposes of construction and resupply.

NASA is authorized to continue funding the ISS through Oct. 1, 2024, at a projected cost of $3 billion-$4 billion annually, or half of the agency’s human spaceflight budget. Despite the 2019 budget request, Sens. Ted Cruz (R-Texas) and Bill Nelson (D-Fla.) have introduced legislation to extend that funding until 2030, arguing that it’s a unique resource NASA can’t afford to lose.

But NASA Inspector General Paul Martin said that priority is at loggerheads with the administration’s stated goal of returning to the moon, and preparing for a mission to Mars.

“A decision to continue operating the International Space Station through 2028 or even beyond, as the current legislation might propose, would just kick out and extend the date before NASA could realistically send any type of crew well beyond the late 2030s and early 2040s, that folks had hoped where we might see the first at least orbit of Mars,” Martin said on Agency in Focus: NASA. “It’s just going to push it out because half of NASA’s exploration budget is going to be spent on sustaining the ISS.”

But balanced against that, he said, is that the ISS offers a unique research opportunity to test technologies for deep space exploration and study human health risks involved in space travel.

“The station’s microgravity environment offers an ideal place to conduct this kind of research, which is essential if humans are to safely explore space beyond current low-earth orbit,” Martin told the Federal Drive with Tom Temin.

For example, NASA is using the ISS to test new life support systems, a new space suit, and ways to grow food in outer space, so a potential Mars mission won’t have to carry nearly two years’ worth of food.

Although some health issues can’t even be prepared for on the ISS.

“When you’re on a station, you can look down below — you’re 26 miles up — you can still see Earth,” Martin said. “When you take a nine month, one-way trip to Mars, you’re in a very small capsule for at least nine months. And you have all those physical issues, the things that we’ve all heard about: the radiation exposure, the ocular concerns, balance impairments, changes to immune systems from a prolonged lack of gravity. But you also have the significant interpersonal and psychological concerns of a trip.”

The Trump administration wants it privatized and for NASA to become a customer of the ISS rather than its proprietor. But it’s unclear who would take it over. The cost is the primary sticking point: a projected $1.2 billion to operate in 2024, and that’s not taking resupply launches into account.

It’s also unclear what privatization would look like. Would industry install new, private modules? Would they launch a new platform altogether? The ISS is about 20 years old, and while it’s functional, it does require more maintenance as it ages.

Of course, Congress could always decide to increase funding for NASA, enough to cover both the ISS and build toward future missions. But that would be a huge increase, and Martin said it’s unlikely to happen.

“The point we’re making in our audit is that absent a significant, extraordinary bump in NASA’s budget, this is the reality,” he said.

The audit also pointed out, among other issues, problems with NASA’s science portfolio. Cost, schedule and performance are big concerns with the science portfolio, which has a budget of $5.3 billion annually, and covers research into astrophysics, earth science, heliophysics and planetary science.

“It’s all about choosing the right missions at the right time, and developing realistic budgets and schedules for them, and keeping to those budgets and schedules,” Martin said. “NASA’s project management has had a whole series of challenges throughout its history. It’s a very ambitious agency, but we and others have cautioned against excessive optimism.”

That kind of optimism can lead to unrealistic timetables and budgets. The James Webb Telescope is a prime example, Martin said. Original estimates had it costing $1-$3.5 billion and launching sometime between 2007 and 2011. Currently, it’s already cost $8 billion and is projected to rise to $9.6 billion before 2021, the most recent projected launch date.

This has largely been due to technical complexity and human error, Martin said. But the question is, if Congress had known the actual cost and timetable when they originally authorized it, would they still have done so?

“If you do a $9 billion James Webb, you’re probably not doing 5 or 6 other very significant projects as well,” Martin said.

And that same dilemma is now taking shape around the ISS. 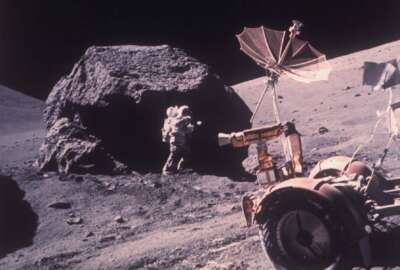 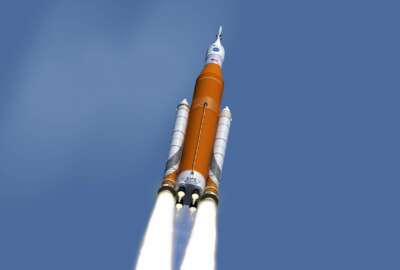 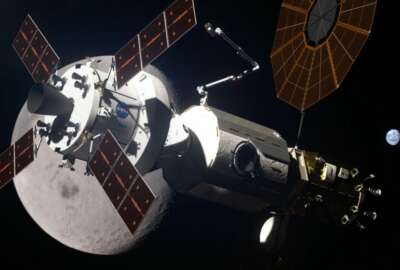