The Justice Department is on board with the broader federal trend of using data to make better informed decisions, but first it needs to ensure it has all the data it needs, and in the right format.

The Justice Department is on board with the broader federal trend of using data to make better informed decisions, but first it needs to ensure it has all the data it needs, and in the right format.

“What we found isn’t so much the challenge of whether there’s the support for data analytics, but rather the challenge of whether the underlying information is even kept in an effective way that allows folks like ourselves, and our counterparts within the department to use the data that is maintained,” Michael Horowitz, DoJ inspector general, said on Agency in Focus: Justice Department. “As an example, we, in our data analytics effort went to the Bureau of Prisons, to ask for medical records so that we could assess whether there were indices of fraud, waste, misuse of money, in connection with healthcare providers and services that are being provided. Turned out that only about 20 of 120 BOP institutions were keeping data electronically. The other hundred or so had paper records. You can’t do data analytics, obviously, with paper records.”

Horowitz said the DoJ OIG issued recommendations to fix that, and BOP is moving forward, but it’s emblematic of similar challenges DoJ and other agencies still face in modernizing their processes.

But that’s not the only challenge BOP faces. As with much of the rest of the DoJ and other federal agencies, it has too few employees trying to perform too much work.

“The BOP issues are very important and significant for the department. It is, by numbers, the largest employer in the department,” Horowitz said. “It’s second to the FBI in terms of its budget size. It’s about a $7 billion a year part of the department’s budget; that’s about 25% of the budget. It’s about 30% or more of the department’s employees. And as we’ve noted in in our top management challenges report year to year, they faced this dual challenge of available bed space for inmates on the one hand, and sufficient staffing of its facilities on the other.”

BOP has made progress on the overcrowding issue, Horowitz said. Though he didn’t have precise numbers at the time, he estimated they’ve gone from about 210,000 to 180,000 inmates over the last three years. That’s also helped to ease the staffing challenges, but doesn’t do away with them entirely.

“One of the areas we’ve written repeatedly on that the BOP faces staffing challenges in is in the healthcare area. And its ability to hire and retain providers in various areas,” Horowitz said. “And it has also, because of correctional officer and other staffing shortages in some prisons, it has had to use and transfer health care providers and other non-correctional officer staff to cover those jobs for various periods of times, which obviously limits their ability to do their other jobs. And that challenge remains for the BOP, at least, to some extent, maybe not as great as it was a few years ago when the prison population exceeded 200,000.”

And BOP isn’t the only DOJ component that’s facing hiring issues. Horwitz said there’s a department-wide shortage of cyber personnel, but especially at the FBI. One of the reasons DOJ is suffering in this regard is because that doesn’t fit the common perception of a DOJ employee.

“Right now, clearly, when you think of the Department of Justice, you think of the FBI, you think of prosecutors going to courtroom and pursuing trials and cases and you think of agents going out and solving some of the most significant important cases in this country,” Horowitz said. “But … what is critical about the operations of both organizations, is that doesn’t happen if you don’t have the people who are day to day doing the heavy lifting of following the leads, looking at what the data looks like, doing the data analytics, following the various pieces of information and data that is out there, to piece together what is ultimately the investigation and the leads that are needed to solve the most challenging cases, whether they’re criminal intelligence related. Those are the folks that are very much needed to do that.”

Horowitz also said the aging of the workforce is an area of concern, as more and more leadership within the department approaches retirement age. That’s one of the reasons DOJ is reaching out to potential future workers as early as high school, trying to attract younger people to replace the ones who are aging out. And Horowitz has found there’s one main motivator in attracting these young people.

“The mission is ultimately as strong a selling point as you can have,” Horowitz said. “This department of justice, FBI, OIG, our office has a tremendously strong selling point in that regard. What the department and the FBI do every day is seek to make this country safer and our community safer. And we do that here in terms of selling point at the OIG as well as, as I’m out there looking for those kinds of folks to come in here, which our job is to help make the Justice Department and the FBI more effective in protecting and advancing the justice system. And that is what ultimately attracts people here. But you’ve got to get that message out.” 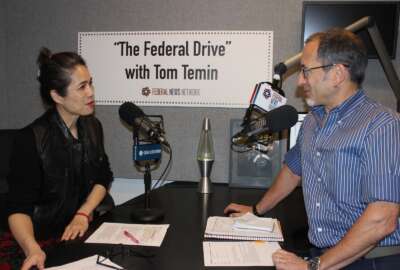 DOJ takes on challenge of IT, cyber talent management