DALLAS (AP) — Federal agents have seized more than 20 vehicles and the money from 10 bank accounts belonging to a married couple of Army veterans in Texas, saying the pair used personal information stolen from soldiers to defraud the military out of as much as $11 million.

Army investigators obtained warrants last month to confiscate the funds and property and to collect evidence of the alleged fraud during their search of the home of...

DALLAS (AP) — Federal agents have seized more than 20 vehicles and the money from 10 bank accounts belonging to a married couple of Army veterans in Texas, saying the pair used personal information stolen from soldiers to defraud the military out of as much as $11 million.

Army investigators obtained warrants last month to confiscate the funds and property and to collect evidence of the alleged fraud during their search of the home of the retired sergeant and his wife, according to recently unsealed federal court records.

In an affidavit seeking to search Kevin Pelayo and Cristine Fredericks’ home in Killeen, a city near Fort Hood about 150 miles (240 kilometres) southwest of Dallas, investigators described how the couple allegedly used a transportation reimbursement program for federal employees to swindle the Army out of $2.3 million to $11.3 million.

Investigators told the court there was probable cause to believe the couple committed crimes including wire fraud, identity theft and money laundering. But there is no record that either of them has been criminally charged.

Pelayo declined to comment during a brief phone call Wednesday and did not respond to a subsequent message asking for his attorneys’ names.

“I think it’s still an ongoing investigation,” he told The Associated Press. “I can’t really say anything about it. I have to talk to my lawyers.”

After arriving at Fort Hood in 2010, Pelayo set up a van company to give employees rides to and from the base under a federal program that subsidizes government workers using mass transit in an effort to reduce traffic and pollution. He told the Fort Hood Sentinel that he was first drawn to the initiative by the chance to save on gas.

The Sentinel, an official publication overseen by Army commanders, touted the van pool’s growth in stories and quoted staff who said it saved them time and money. In 2013, one rider said, “It works perfectly, like a well-greased wheel.”

Military investigators allege that it turned into a highly lucrative fraud.

As a platoon sergeant, Pelayo had access to the personnel records of soldiers under his command, and Fredericks had worked for Army human resources, according to the affidavit. Investigators said Pelayo used this access to sign soldiers up for the mass transportation subsidy without their knowledge and then routed the payments to his business’ bank accounts.

Starting around 2014, according to the affidavit, Pelayo registered soldiers around the country for subsidies of $255 or $265 a month. Several enrolled soldiers said they had never ridden in the van pool and investigators found that many were not even at Fort Hood.

This scheme allegedly continued for years, even while Pelayo was stationed in South Korea before his retirement last August. In some months, the affidavit states, the subsidies gave the couple an income of more than $200,000.

Pelayo and Fredericks moved the money into an array of bank accounts, investigators wrote in the court filing, saying they own more than 20 properties in Texas, New York, Washington and Hawaii. Pelayo also allegedly transferred money to an unidentified person in the Philippines.

A spokesman for the Army Criminal Investigations Division and one for the U.S. Attorney’s Office of the Western District of Texas said they do not confirm nor comment on investigations unless charges are brought publicly. A Fort Hood spokesman declined to answer questions, saying he’d defer to those agencies’ statements.

During the search of the couple’s Killeen home, investigators seized documents, computer hard drives, cellphones and more than 100 designer items such as purses, jewelry and clothing, mostly from Chanel, according to a handwritten list of what was collected. It also lists 23 cars, trucks, SUVs and other vehicles, and a box containing 64 license plates from “various states.” The affidavit, which was filed in court before the raid and unsealed last week, suggests that investigators felt that they had to move quickly.

On March 24, investigators said they watched the couple load vehicles onto trailers and a flatbed truck. They were driven to the parking lot of used car company in Austin. 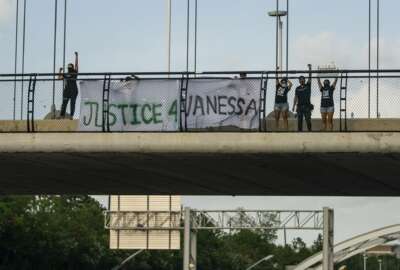 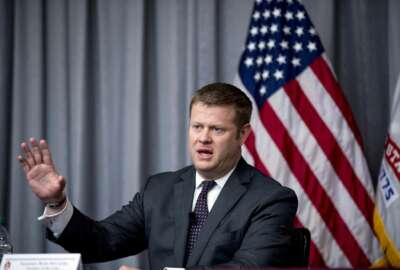