The armed forces have all been pursuing better technology for directed energy, laser beams for weapons of the future. Now, lasers have been around for decades, but making them operational on ships, ground vehicles or aircraft, that’s another matter. In the second of three interviews from the Army’s Space and Missile Defense Command in Huntsville, Alabama, the Federal...

The armed forces have all been pursuing better technology for directed energy, laser beams for weapons of the future. Now, lasers have been around for decades, but making them operational on ships, ground vehicles or aircraft, that’s another matter. In the second of three interviews from the Army’s Space and Missile Defense Command in Huntsville, Alabama, the Federal Drive with Tom Temin caught up with the acting director of the command’s technical center, Mike Krause. The center is where much of the directed energy work takes place. Krause said research focuses on several technology areas such as direct diode lasers, and a lot of effort has to do with:

Mike Krause: How can we make things smaller, but yet still get the energy we need to be having an effect on a target.

Mike Krause: The current challenges, alright, so at the end of the day, you’re trying to get as much energy in the smallest spot  possible to have an effect on your target. So the challenge is, how can we generate that energy and that tight of a beam to have that effect on the target? Because it’s not just the part of the system that’s generating the laser, it’s the beam control, and it’s the beam director to get you on the target. And then to have a have a beam that has the quality to have the effect that you want. And so you’ve got laser generation, you’ve got beam control, and then you’ve got beam direction. Those are the three things that we’re trying to get after. And trying to get those in a form factor. We’re trying to get our size, weight and power to where it’s practical for the soldier to use. Platforms can be smaller, power requirements are smaller. And that way, you’re more options to employ these weapons, either airborne seaborne or underground.

Tom Temin: Yes. So then, in many ways, the challenges are not the laser technology or laser science itself, but the system behind that’s generating the energy.

Mike Krause: Yes, absolutely. So we can figure out better ways, and we’re working on better ways to generate that laser beam, but then you got to control it, then you got to direct it. And then you’ve got to do it in such a way that it’s practical to use.

Tom Temin: Right. Because if you take, just to make an absurd example, these pocket pen lasers that people use in PowerPoint, what you need is that that can kill somebody.

Mike Krause: Yes. We’re not quite to the lightsaber age yet. But that’s certainly what we’re trying to get at.

Tom Temin: All right. And what are some of the platforms emerging that you’re looking at? Because the Army would I imagine have them ground-based, maybe air-based? And each one would have different requirements?

Mike Krause: Yeah, absolutely. So the Army is fielding right now. And that’s being done by the rapid capabilities for critical technologies office. And that’s the directed energy mobile short range air defense vehicle. So that’s a solid state laser on a Stryker vehicle. In parallel with that, we’re looking at more high-powered applications for things like cruise missile defense. And so you will see those be on more fixed platforms, maybe some sort of palletized solution that you can use and fix sights.

Tom Temin: Right. So is the challenge batteries?

Mike Krause:  So the challenge is batteries, right? Power.  And then you got to cool these things, right? Because you want  to keep your electronics cool. You want to keep your lasers cool. So you have the HVAC, basically, you’ve got your power requirements, and then none of it needs to weigh a whole lot. Because the more weight you put on a vehicle, the more fuel it uses. And then the more logistics train you have to have,  there’s as much research and development going into that aspect of it is as there is the beam control, and how do you generate the laser.

Tom Temin: Sure, so the beam control, then that would be an electronics and aiming?

Mike Krause: Yeah, so those are your beam patrols, your optics, your beam direction, and  how do you get that thing pointed in the right direction.

Tom Temin:  Right. So there’s an electronics,  maybe an AI component to making these things operate?

Tom Temin: And is duty cycle one of the challenges? Because you want to be able to fire repeatedly, like you can regular kinetic type of thing.

Mike Krause:  Yeah, we call that magazine depth. That’s another thing where power comes in, right? So you want to have enough power available. So you don’t have to sit there and recharge. You want to be able to have as many engagements as possible for as long as period of time as possible. So there’s the R&D area and the power.

Tom Temin:  So how does all this translate into the technical center?

Mike Krause: We are working on the laser generation, beam controlled beam direction. There are other parts of the research centers out there in the army and other services that are working on the power issue. We’re working on some of the basic and applied research for laser generation beam control, but then we have just completed the construction of a directed energy systems integration lab. Once those technologies are ready to for experiment, we will move into the systems integration lab that way, we can test at the component level, subsystem level. And at the system level, it’s a directed energy SIL, or a systems integration lab. But then also, once these are put on a platform, then we can bring the platform in and do systems assistance checking. Now we’re looking at not only just checking out the laser, the directed energy system, now we’re seeing how well it integrates with integrated battle command systems, the tracking systems. And so we can do all of that in a system integration lab, do hundreds and hundreds of runs, reduce the risk of anything going wrong, do some more experimentation prior to going out and do an expensive range testing.

Tom Temin: Right. Because each level of integration that you add, tends to turn up issues you didn’t discover until you did the integration.

Mike Krause: Exactly. And you don’t want to wait to get out to the range to find out, find those things out. Because then you’re in an environment where it’s not easy to correct those integration issues, or you may not have equipment available. So we can do as much of that risk reduction in the SILs prior to doing the range.

Tom Temin: And just in general, is beam control, getting back to that detail. Is that mechanical? Or is it electronic?

Mike Krause: Yes. So there’s  some mechanical element to it. Now, there’s adaptive optics and stuff that you can actually use an electrical signal to adapt your optics to where you want it to be. The technical center also has the Army senior research scientist for directed energy as part of our capability set. Dr. Neset Akozbek, and he’s a worldwide expert on beam control and short laser generation.

TomTemin: And is there any corresponding commercial or industrial requirement that matches at all what the Army is seeking for directed energy? That is to say, is there a supplier base that may have great ideas, but just never thought of contracting with the Army for, say, a prototype? Are the requirements just way beyond anything?

Mike Krause: I have not heard of any industrial applications that would apply, because our requirements are a bit different. In an industrial setting, for example,  manufacturing, you’ll be in a manufacturing facility where a lot of the things that we have to deal with aren’t present. For example, atmospheric propagation, atmospheric effects. Matter, when you’re working with directed energy, you wouldn’t see that in an industrial setting.

Tom Temin: Right. Because you’d be looking at something you’d be two miles away.

Tom Temin: Right. So it’s not analogous to say, jet engine development, where pretty much the military adapts what’s going on commercially, to military platforms.

Mike Krause: Right, this is this would be a different application, the requirements are much greater than what they would need in the industrial setting. Absolutely.

Tom Temin: So do you find that from academia, you mentioned, there are some academic relationships, people that are interested in directed energy as a career, then it’s a small subset that are available for military applications?

Mike Krause: I would say that’s probably true. One of the advantages that we have in the technical centers, we have what we call our talent incubator. So we have a concept and analysis division. And that’s where we bring in that young talent that have those interests and passions and things like directed energy, space. So what we’ll do is we will use what’s called the DoD smart portal where students can apply for,, it’s very competitive, they’ll apply for it. And if selected, I’m a think 1000s of students apply a couple 100 get selected, you know, across the whole DOD, and then they’ll get some tuition assistance and stipend and an opportunity to workforce when they’re complete. So that is where we find out who’s passionate about those things. And so we’ll grow them in that concept analysis lab, grow them in labs, with our academic partners, and then they’ll transition to our directed energy directorate and start doing the real fun stuff.

Tom Temin: They just have to be passionate enough to be able to go to a workplace where you leave your cell phone in a little locker.

Mike Krause: Yeah, that’s right. That doesn’t seem to be an issue.

Tom Temin: I haven’t seen any foosball tables around here.

Mike Krause: We keep those hidden.

Tom Temin: Mike Krause, acting director of the technical center at the Army Space and Missile Defense Command. Tomorrow, a talk with the civilian personnel development manager, who helped make the command the best place to work among Army components. 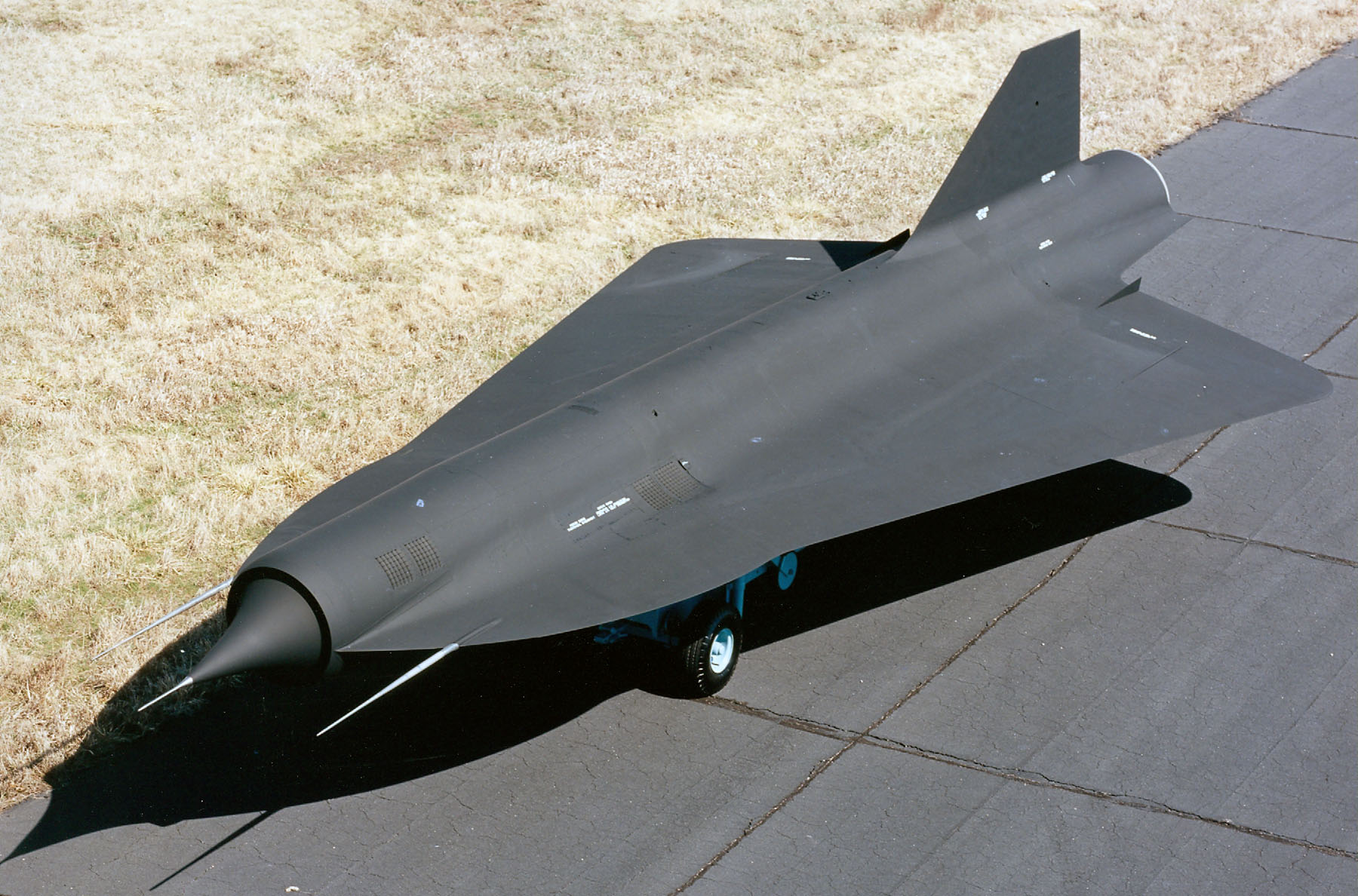 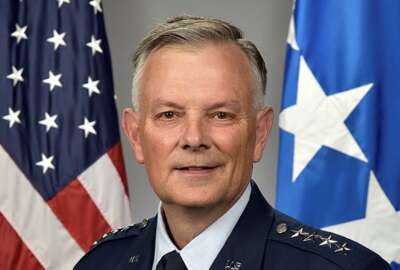 US and Canada embark on a mission to modernize NORAD 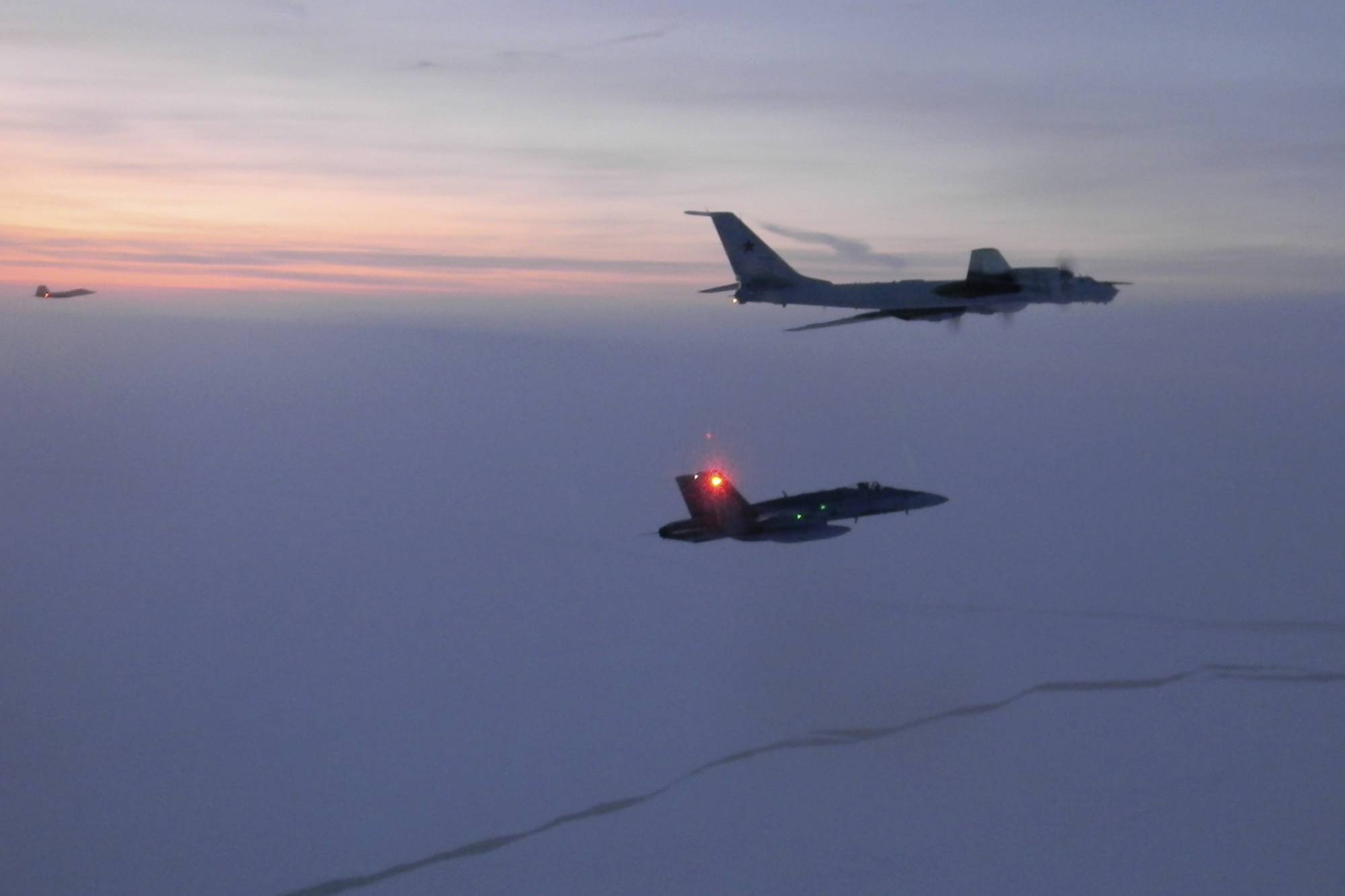