The Army, following a class action lawsuit, recently agreed to review less-than-honorable discharges for Iraq and Afghanistan veterans with post traumatic stress disorder and other conditions. Now the group that brought that suit has brought two suits challenging disability retirement benefits for sailors and Marines. Federal Drive with Tom Temin got the latest from the Executive Director of the National Veterans Legal Services Program, Bart Stichman.

Tom Temin: Bart, good to have you back.

Bart Stichman: Thanks for inviting me Tom.

Tom Temin: Let’s start with the Army. They recently agreed publicly in a release that they would look at these discharges. What went on there? What is it that you were able to get from the Army?

Bart Stichman: Well, this was actually a case brought by Jerome Legal Services Organization, which is part of Yale Law School. And they were upset that the Army discharge Review Board, which reviews less than honorable discharges for possible upgrading, were not following the liberal criteria that the Secretary of Defense’s had ordered the discharge review boards to follow. And that was the charge in their lawsuit. And the Army settled on very favorable terms, it said, it will automatically reconsider any Army Discharge Review Board decision issued since April 2011, all the way up to today, in which the veterans discharged was not upgraded to fully honorable and there was evidence or allegations of evidence of post traumatic stress disorder, TBI, traumatic brain injury, military sexual trauma or other mental disorders. And they’re going to reconsider them under the liberal criteria, their going have to address them in their decisions, the criteria for liberal consideration, and offer, this is a change, telephonic hearings to the veterans. So each of these veterans can have a telephonic hearing with the board of officers, five officers who hear these cases. In addition to that, those discharged, those who were denied by the Army DRB, before then, from 2001 to 2011, will have an opportunity to reapply. And Yale is going to send them long letters telling them about their reapplication rights. So there’s not automatically consideration, they’ll have to go forward and apply, they’ll will have the opportunity for these telephonic hearings as well.

Tom Temin: Do we know how many people could be affected potentially by this whole ruling?

Bart Stichman: The Army is currently reviewing their records, they’re only going to automatically reconsider those with evidence in the record that the Army reviewed of TBI, PTSD, MST etc. They found over 3,500 who fit that criteria so far. But they’re still reviewing all these records. So we don’t know the full number, but it’s over 3,500. And I would guess it’ll be probably double that by the time they’re through.

Tom Temin: Once the Army is done with that process, really the effect of this it would seem falls on the Veterans Affairs Department, because wouldn’t a change in the discharge status give those veterans rights to VA benefits that they don’t have now.

Bart Stichman: That’s true. Most of these veterans whose cases will be reviewed, have discharges under other than honorable conditions. If they get upgraded as a result of this Army Discharge Review Board proceeding, you’re absolutely right. They can then go to the VA and they’re entitled to the panoply of VA benefits that are available to all veterans.

Tom Temin: And let’s switch to the Navy and I guess the Marine Corps also on this issue about disability retirement benefits, what’s going on there?

Bart Stichman: Well, the military services, and especially the Navy and Marine Corps, have made it difficult for those who are being discharged for disability while they’re in service. So these are people who have injuries and disabilities that prevent them from continuing to serve. The question when they go through a disability discharge proceeding is whether they should be given military disability retirement benefits. That’s a tremendous benefit because the veteran gets TRICARE, that’s military health care for the rest of that veterans life and the spouse, to the rest of the spouses life as well as the children of minor age. So it’s a tremendous benefit. In addition, they get monthly monetary payments. But the Navy and Marine Corps have made it difficult to get that benefit. And we have filed to class actions challenging obstacles that the Navy and Marine Corps have placed to veterans getting disability retirement. And they both relate to whether the military will review all the medical conditions of the veteran to see which ones make the veteran unfit for continued service. I say veteran, I should really say service member because there’s in the military at the time they have this proceeding. And so some disabilities that contribute to making the service member unfit for continue to the or being prohibited by the Navy and Marine Corps from consideration. That violates the law, and that’s why we have filed this lawsuit challenging past decisions by the military to kick the service member out for disability without military disability retirement. If they had considered all the disabilities the service member had, they might have received disability retirement. So we’re asking the court to order them to redecide all these cases, considering all the medical conditions the service member had.

Tom Temin: Why does the Navy say it changed the policy? They revoked the policy having to do with properly referred and whether disability evaluation system could go ahead and mark those people as deserving of this benefit.

Tom Temin: And that period is roughly when and do you have a sense of how many people there might be involved?

Bart Stichman: We believe that from the period of 2016 to 2018, the Navy and Marine Corps didn’t consider for thousands of sailors and Marines all of their medical conditions when they decided whether they’re entitled to disability retirement. And so all those thousands of cases will have to be reviewed if we’re able to win this class action.

Bart Stichman: These cases take a while. I would say over a year, because they’ll be refiled by both the government and us, and it’ll take time for the court to consider it. So it’s not unusual for these lawsuits to last a year, two years, or even more.

Tom Temin: Bart Stichman is executive director of the National Veterans Legal Services Program. Thanks for joining me with that update. 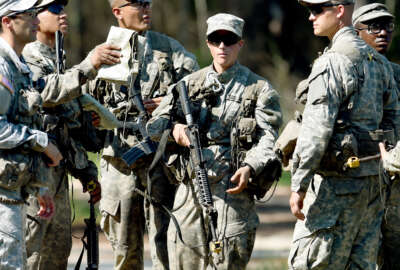 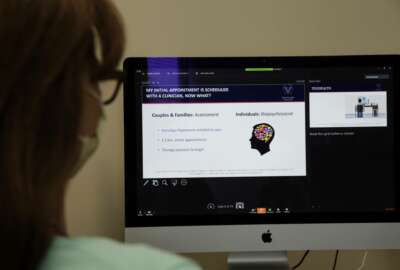