Farmers have no shortage of tools to increase their crop output, but the Agriculture Department is taking the next step with industry to help establish the data-driven farms of the future.

USDA’s Agricultural Research Service, together with corporate partners like Microsoft and Esri, have launched what they call the Data Innovations project, aimed at using the Internet of Things and other...

Farmers have no shortage of tools to increase their crop output, but the Agriculture Department is taking the next step with industry to help establish the data-driven farms of the future.

USDA’s Agricultural Research Service, together with corporate partners like Microsoft and Esri, have launched what they call the Data Innovations project, aimed at using the Internet of Things and other technologies to give farmers and researchers near-real-time data on farm conditions.

At a 7,000-acre farm at its Beltsville Area Research Center, USDA has deployed sensors, drones and IoT-enabled farm equipment for a public-private pilot program called Farmbeats. The data then gets beamed up to the cloud, where an AI algorithm provides data visualization to farmers and researchers.

From a data collection standpoint, the pilot could be a game-changer for USDA researchers, who until now have jotted down data points in field books called “green books,” before entering them into a central database.

“We’re collecting a lot of data very manually and that’s killing how much research we can actually get done,” Buser said in an interview. “We want to go through with this Data Innovations effort to reduce the number of data touches that we have. And by reducing those data touches, we can basically free up the time of our scientists [and] our technicians.”

Dan Roberts, the research leader of the USDA Sustainable Agriculture Systems Lab, said the project serves as a central repository for information, and helps ensure all the research data winds up where it’s supposed to.

“When we worked with these green books in the past, when a scientist would retire [and] go to another job, a lot of times that data was lost from a lot of very, very expensive experiments,” Roberts said. “So in addition to the collaborative aspect, we can also preserve the data.”

But better data isn’t the only impact from this project. Steven Mirsky, a research scientist with the Sustainable Agricultural Systems Laboratory, said that data will allow his team to help make farms around the country more efficient.

“We’re in an agency that’s core focus is problem-solving, and the problem that we’re trying to solve now is to feed the world, in the face of all these destabilizing factors that are affecting our ability to do so,” Mirsky said. “So we want to make our agricultural systems more productive, more profitable, and more sustainable.”

A whole host of variables impact farming conditions, but Mirsky said keeping better track of few metrics — such as insect levels, disease, weeds, water and nutrient dynamics — can give farmers better intel on their crops.

USDA’s program marks the latest government foray into the Internet of Things, and an interest in building the infrastructure necessary for data-driven decision-making.

Army officials, for example, have sought feedback from industry on their vision of turning installations into “smart cities,” using internet-connected sensors to make bases more resilient to threats ranging from natural disasters to cyber attacks.

The State Department has taken a similar approach and woven IoT devices into the resilience strategies for outposts overseas. Sensors at embassies record everything from air quality data to seismic and floodplain data to ensure embassies remain safe from natural disasters.

Pulling data from a single farm is useful, but the real value comes from building a big-picture view of data from farms across the county. On that effort, USDA has partnered with Esri to handle the geospatial data behind Farmbeats.

“If the farm is a Lego … across the U.S. and around the globe, we’re literally taking these Lego blocks and building them together to build this system of record for agriculture, which we can then look at managing the data, doing analysis real-time at scale,” said Jeff Peters, Esri’s director of global business development.

Ranveer Chandra, the chief scientist at Microsoft Azure Globa, said the pilot will do more than just aggregate large amounts of data in one place. Through predictive analytics, Microsoft’s AI algorithms can combine satellite and sensor information to train a model that can predict metrics for field areas where there are no sensors in place.

“We can go and plant a sensor every 10 meters, but that’s going to be super expensive. The goal of what we’re trying to do, as part of this partnership, is build that kind of a system for data collection across all farmland,” Chandra said.

If the pilot on USDA’s research farm in Beltsville shows promise, the team behind Farmbeats will roll out the concept to more than 200 farms across the country and spread to more of the 90 research locations ARS has around the country.

Building a nationwide network with data on climate, soil, farming management regimes, Mirsky said, would give farmers a better sense of what methods work best, and where.

“By being able to build these kinds of data sets across the U.S., then we can build decision tools to help guide farmers in their decision-making process,” he said. 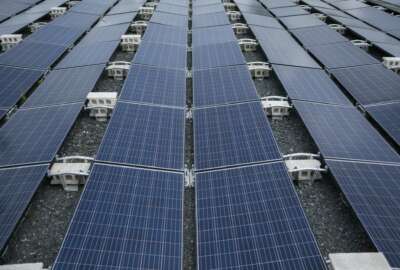 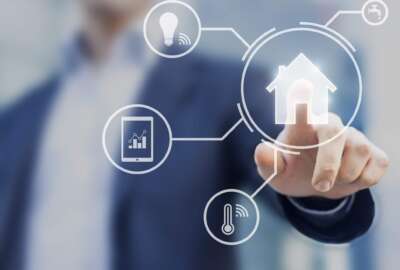