How the FAA is transforming into a data-centric enterprise 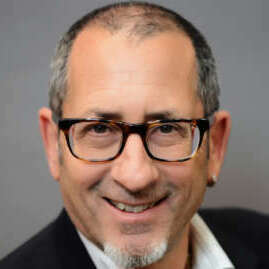 “In support of that vision,” Manikoth said, “there’s a lot of things which we have been doing to prepare for the digital infrastructure to support an info-centric NAS.”

Those initiatives, he added, extend to enabling data based decision-making efforts for all aspects of FAA. He said the fundamental...

“In support of that vision,” Manikoth said, “there’s a lot of things which we have been doing to prepare for the digital infrastructure to support an info-centric NAS.”

Those initiatives, he added, extend to enabling data based decision-making efforts for all aspects of FAA. He said the fundamental mission remains the same – an ever safer and more efficient system. The rise in unmanned craft delivering packages or doing surveillance is driving much of the work. Right now such operations are allowed only outside of controlled airspace, but long term the FAA and the industry will need to figure out how emerging services and aircraft can operate safely around traditional commercial carriers.

Fundamental to NAS and FAA modernization, Manikoth said, is orienting IT operations towards the primacy of data, and of how artificial intelligence and machine learning is applied to data. That, he said, shifts some investment dollars away from hardware infrastructure in favor of data management and decision-support applications.

One benefit of more deeply data-based approach, Manikoth said, will be more complete information on safety and efficiency in general aviation, rotorcraft, and unmanned aircraft. Must of the increase in data is coming from innovations in on-board instruments. It all leads to more and more effective data interchange, benefits that have been available mainly to commercial carriers. Carriers, he added, are constantly improving their use of data and analytics to squeeze more efficiency from their operations and to maintain safety margins.

“So we have to be really robust in our digital infrastructure to actually support all the innovation the industry wants to do,” Manikoth said. “I think those are the primary benefits – speed of execution on the government side, and operational efficiency and safety for airlines and the public.”

More granular data gathered from aircraft and ground sources, Manikoth said, will give planners more detailed models of given operations, which in turn will lead to better decision-making about improvements.

“To optimize any of these systems, your systems have to model the real world,” he said.

“How long does it take for an aircraft to taxi from its gate to the takeoff point?” he said. “That factors into how you actually optimize that whole flight. By having better more granular and machine learning in AI driven models for these things, your ability to actually optimize increases substantially.”

A richer data environment also enables predictive analytics to probe deeper and more subtle variations in patterns that could indicate a safety potential.

“We always have to be vigilant to keep the equivalent level of safety with new operations, changing operations, new aircraft,” Manikoth said. “But we also have the ability now to look at what leads up to potential events, precursors to these events, what might be contributing to those precursors, and putting mitigations earlier in the event chain.”

He added that, to store and stage data for whatever purpose it might be needed, the FAA has established a cloud platform. It takes in data from the agency’s own operations, from other agencies, and from the industry.

Manikoth said that, daunting as the technical problems related to data might be, such as the multiplicity of data sources and types, the FAA faces two other big challenges.

One is cybersecurity. Manikoth said that traditional the federated zones of operation of the national airspace have been highly resilient, and produce a sort of national resiliency. That is, a storm interrupting Dallas/Fort Worth doesn’t mean Los Angeles also stops. As the NAS becomes fully networked, even though remaining federated operationally, Manikoth said, the cybersecurity risk rises fast.

“We’re doing everything we can to incorporate these technologies and capabilities carefully. But always at the back of our mind, cybersecurity.”

“It’s actually the competition for talent,” he said. “The ideas might be there, the technology might be feasible, but as you know, the government side struggles in attracting the talent necessary to take advantage of all these things.”

He added, “If you’re on the government side, you get to actually influence a lot of how this evolution is going to happen. For those who are energized by that mission, there is no better time than right now to be in aviation.” 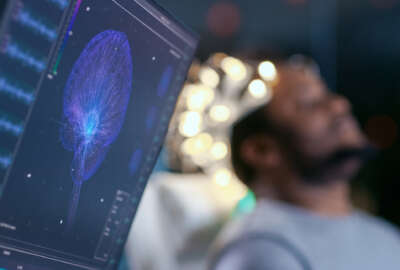 Biosurveillance has become an information technology 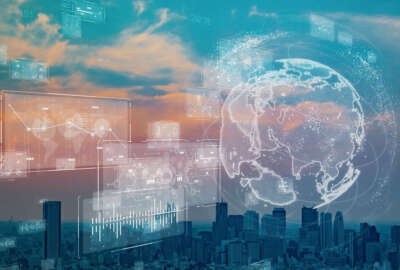 Potential of Digital Transformation for Government: Four Use Cases