Could millennials become an endangered species thanks to RIFs?

Mike Causey is on vacation. Enjoy a “best of” column from April.

It’s been a long, long time since there were big-time reductions in force in the government. Maybe for a good reason.

RIFs often fail to get rid of the people/jobs they are aimed at. RIFs can be (almost always are) very disruptive and costly to agencies that run them. Once the RIF is over, many agencies will sooner or later have to start costly and lengthy training programs to replace skilled younger workers who were chopped up by the RIF meat-grinder.

Even the most severe critics of Washington as the swamp, and bureaucrats in general, won’t like the side-effects of RIFs on programs and functions they support and favor. That’s because many of the newest, most valuable hires — the folks the government is already having trouble recruiting — would go out the door if their agencies decide to push the RIF button before first trying buyouts ($25,000 for non-defense workers) and open early retirement windows.

Hundreds of thousands of feds now have the service time and age to qualify for regular or early retirement. The retirement tsunami predicted in the late 1990s still hasn’t taken place.

Contrary to what some experts predicted, the number of feds retiring since Donald Trump was elected president is down. The legion of disgruntled or frightful feds who were supposed to vote with their retirement papers was lower in December, January and February than it had been recent years.

But … Given the numbers of civil servants who are aging in place, it might not take much to convince them to leave. Maybe something as small as extending the $40,000 buyouts available to Defense to other agencies.

If that happened, and Congress could do it quickly, RIFs with their disruption and severance (and unemployment benefits) costs could be minimized. Maybe even avoided.

So what’s an RIF like? Here are some comments from ‘been-there-done-that-hated-it’ folks:

“The first rule of RIFs is that things will go wrong. I’ve been through two and for all the dry runs, things still got messed up. People were RIFfed who shouldn’t have been and had to be reinstated. People were kept that should have been RIFfed. Then you end up with an aging workforce with low morale that starts calculating their retirement dates.”

“One of the major reasons why RIFs may not save the government money — and, in fact, end up costing more — is the amount of litigation they generate as agencies are forced to defend their actions in a variety of forums, such as grievance/arbitration, EEOC, the MSPB, federal courts, etc.”

Other than that, RIFs make a lot of sense!

A rare two-headed turtle named Thelma and Louise was born June 18, 2013, at the San Antonio Zoo in Texas.

NRC preparing for RIFs, but not for the reason you might think 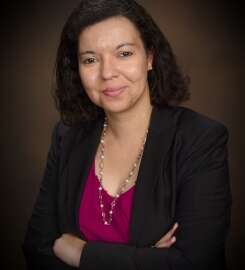