NRC preparing for RIFs, but not for the reason you might think

The Nuclear Regulatory Commission is beginning to prepare for reductions in force (RIFs) for employees in three administrative offices.

The agency on Wednesday sent a 120-day notice of an expected RIF to the National Treasury Employees Union, which represents many NRC employees. Impacted individuals will receive notices 60 days before the anticipated RIF date, an NRC spokesman said.

“This is something we’ve had underway for some time,” the spokesman said. “Because of what’s going on...

The Nuclear Regulatory Commission is beginning to prepare for reductions in force (RIFs) for employees in three administrative offices.

The agency on Wednesday sent a 120-day notice of an expected RIF to the National Treasury Employees Union, which represents many NRC employees. Impacted individuals will receive notices 60 days before the anticipated RIF date, an NRC spokesman said.

“This is something we’ve had underway for some time,” the spokesman said. “Because of what’s going on with the nuclear industry, for some time we’ve been looking at ways to study our operations. This is really more greatly impacted by that than by any budgetary adjustments.”

The agency wouldn’t say exactly how many people would receive RIF notices, with the hope that NRC could find an alternative.

But the NRC spokesman said reductions will likely occur in the agency’s area of corporate support, including the Office of Administration, Office of the Chief Human Capital Officer and Office of Small Business and Civil Rights.

“We’re continuing to look for opportunities to move staff from impacted positions to positions that require higher priority work,” the spokesman said.

According to the agency’s fiscal 2018 budget justification, NRC is expected to cut 311 full time equivalents next year. It lists cuts to 116 corporate support employees and 214.5 nuclear reactor safety FTEs next year.

“NTEU has been working with leadership at the NRC to avoid the need for a reduction in force, including a joint union-management committee that has cooperated on voluntary buy outs and early retirements and found opportunities for employees to transfer to other offices,” NTEU National President Tony Reardon said in a statement to Federal News Radio. “We still believe there is a way to avoid anyone losing their job involuntarily, and that is NTEU’s goal.”

The agency has already offered early retirement and buy out incentives in recent years as a way to reduce the size of its workforce. NRC established Project Aim in 2014 in an effort to realign its employees with work needs and mission priorities.

Sheryl Burrows, president of the NTEU Chapter 208, said the agency realized it overstaffed, when the “nuclear renaissance” wasn’t going to pan out as NRC originally anticipated.

NRC said in late 2016 that RIFs may be possible, Burrows said. Since then, both the agency and the union put together a working group that began to evaluate ways it could move personnel to other functions in the agency to avoid RIFs.

NRC funding has steadily dropped by 10 percent since fiscal 2014, according to the agency’s 2018 budget justification. As a fee-for-service agency, NRC predicts it will recover about 85 percent of the 2018 funding through the fees it collected.

Full time equivalent (FTEs) totals have also fallen in the past four years and are on track to dip further in 2018.

She said the union has been working with the agency to bring staffing numbers down at NRC, and the mutual relationship has been relatively positive.

“It’s all our goal that the RIF doesn’t happen,” she said. “The agency tells us they had to take the step. They’re working with us.”

But in the future, she said the agency needs to help the union better predict what skills and talent it needs for the future.

“It’s very demoralizing to have this happen, and we need to make sure this doesn’t happen again,” Burrows said.

Other agencies are beginning to offer VERA/VSIP to their employees but perhaps under different circumstances.

The Environmental Protection Agency, for example, identified as many as 1,200 positions for VERA/VSIP by September. EPA is hoping it can use early retirement and buyouts as a way to cut 8 percent of its workforce.

The Office of Management and Budget suggested agencies consider early buyouts and retirements as a way to trim staff and comply with the Trump administration’s efforts to reorganize government and restructure the federal workforce.

RIF: Not an easy solution for downsizing a workforce 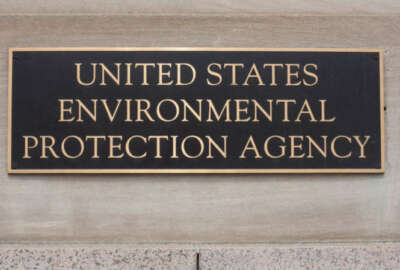 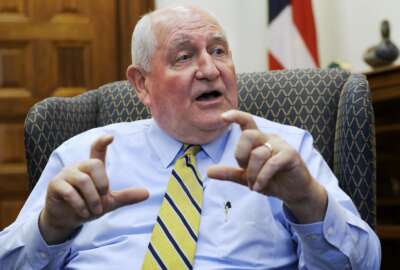